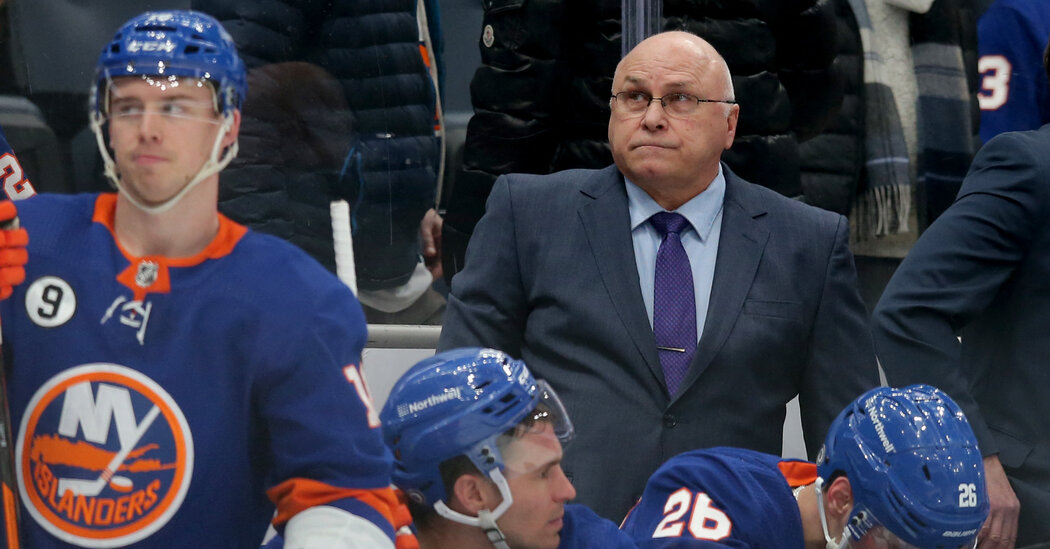 The Islanders were one of the disappointing teams within the N.H.L. this season, and Barry Trotz paid the value with unexpected finality.

Lou Lamoriello, the Islanders’ president and general manager, fired Trotz as coach on Monday after the team did not make the playoffs, saying it was time for a “recent voice.”

“It could be an amazing understatement to say that this wasn’t a simple decision to make,” Lamoriello said on a conference call with reporters. “It is a business decision so far as hockey and winning.”

Lamoriello has made 21 coaching changes since he was named general manager of the Devils in 1987 and has not been shy about exchanging one big-name coach for one more. He wouldn’t say what his plans were for a recent leader behind the bench, but in explaining the surprising move, he made it clear he wanted more out of the present squad.

“What we’d like to do is get improvement out of our younger players,” he said, “and a more complete 12 months out of a few of our veterans than we did this 12 months.”

Trotz joined the Islanders in 2018, just months after he led the Washington Capitals to the Stanley Cup championship. In 4 years with the Islanders, he compiled a record of 152-102-34 with playoff appearances in his first three seasons, including trips to the conference finals in 2020 and 2021.

After a formidable run to Game 7 of last 12 months’s conference finals against the eventual champions, the Tampa Bay Lightning, the Islanders seemed poised to construct on that performance and go even deeper. As a substitute, they endured a disastrous season that was stacked with obstacles from the outset.

They opened with 13 road games while they waited for construction on their recent home, UBS Arena, to be accomplished, and won just five of those games. Then a lingering coronavirus outbreak sidelined key players for long stretches.

On the ice, they never fully recovered from their slow start. They played higher within the second half of the season, but were around .500 for many of the 12 months and finished 37-35-10 (84 points), good for fifth within the Metropolitan Division.

In 23 N.H.L. seasons as a head coach, Trotz has won 914 regular-season games, third most behind Scotty Bowman with 1,244 and Joel Quenneville with 969. He also won 83 playoff games and was named coach of the 12 months twice, including after his first season with the Islanders when the team was 48-27-7 before losing to the Carolina Hurricanes within the second round of the playoffs.

“I would love to thank Barry for all the pieces he’s done for the organization for the last 4 years,” Lamoriello said.