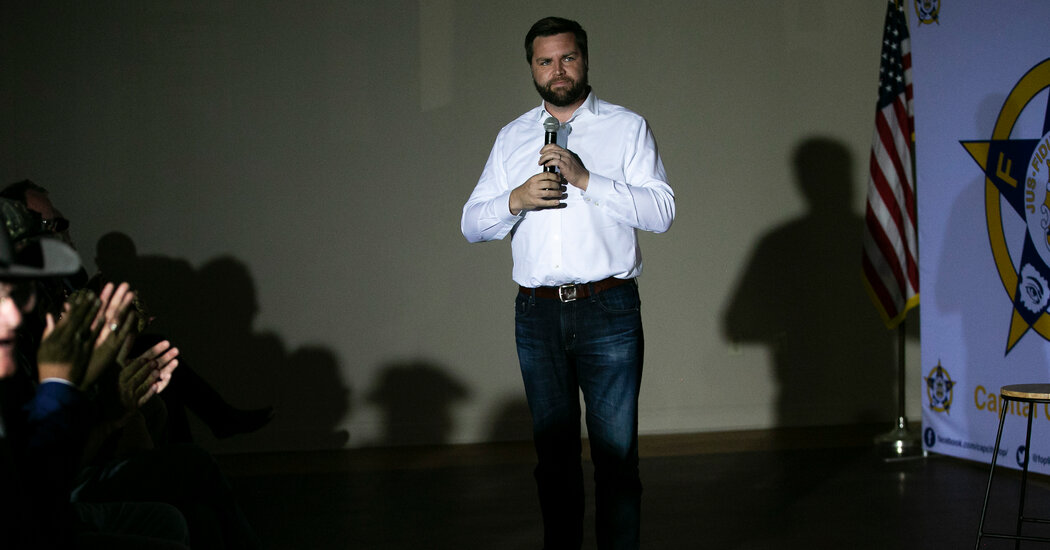 In his statement to The Times, Mr. Vance said he had donated $80,000 of his own money to the nonprofit group, which was a few third of the $221,000 that it reported having raised over its lifetime. He declined to discover the group’s other donors.

Mr. Vance said he didn’t take a salary. He didn’t have a proper leadership role but called himself “honorary chairman.”

“I won’t promise anything for now, besides this: I’ll work hard to search out solutions to the opioid and joblessness problems, and once we discover workable solutions, we’ll do something about them,” he wrote to members of his advisory board in 2017. He signed off, “Looking forward to performing some good, JD.”

Mr. Vance desired to help grandparents, like his, who stepped in to lift children when parents were absent or unable. The duty of determining how you can accomplish that fell to Jamil Jivani, a friend of Vance’s from Yale Law School who had been hired because the group’s director of law and policy. Mr. Jivani and two researchers paid by Ohio State University — where Mr. Vance was a “scholar in residence” within the political science department — spent months researching family law, searching for policies that may very well be modified.

On the time, Mr. Vance was traveling for speeches, working for an investment firm and splitting his time between Ohio and Washington, where his wife and young son lived. Mr. Vance was largely absent from the nonprofit group’s offices, in line with an worker on the organization, who asked to not be identified while describing the group’s inner workings. The person often studied in Mr. Vance’s spacious and steadily empty office on campus. “It was very quiet,” the person said.

One other one that worked for the nonprofit group said that, in hindsight, it had seemed aimed toward serving Mr. Vance’s ambition by giving him a presence in a state where he had not lived full-time for several years. The person said it had felt as if much of the job involved giving outsiders the impression that Mr. Vance was within the state, said the person, who asked to not be identified for fear of antagonizing Mr. Vance and his supporters.

In November 2017, the group’s research produced a result: an op-ed in The Cleveland Plain Dealer. In that piece, Mr. Vance urged the Ohio Legislature to adopt a bill that will help “kinship caregivers” like his grandparents.