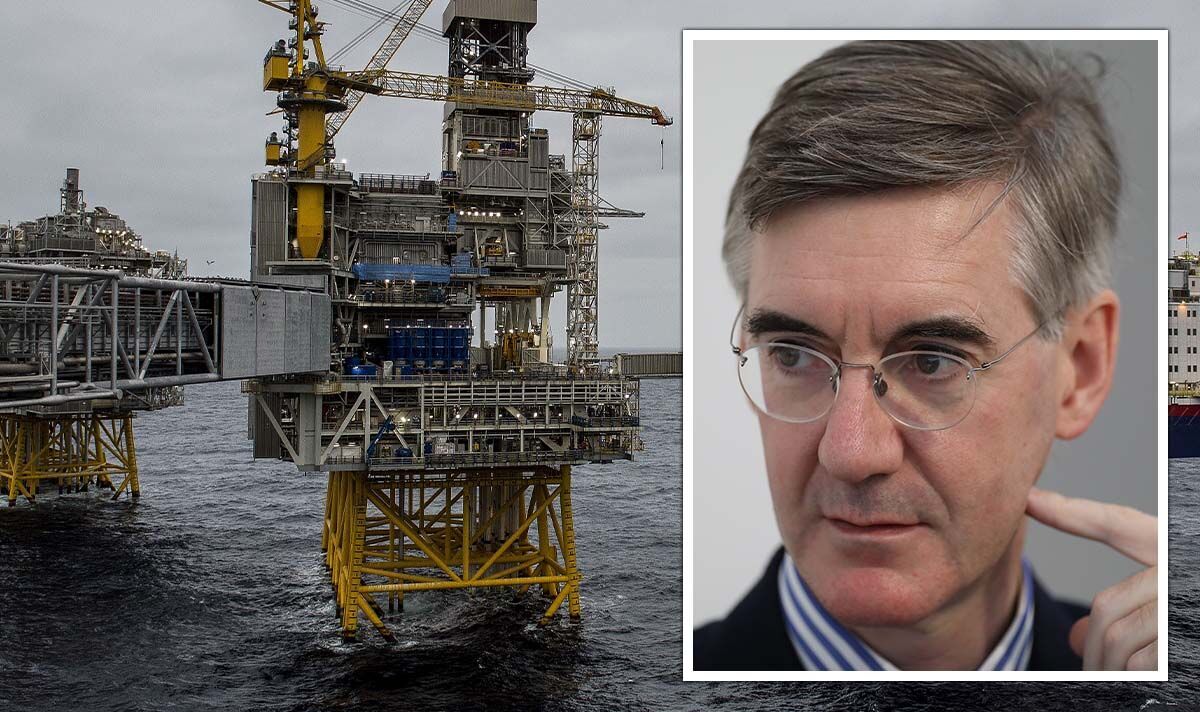 The Business Secretary has defied climate scientists and campaigners by sticking to his commitment to issue around 100 licenses for oil and gas drilling within the North Sea, which he claims will boost each the economy and the UK’s energy security amid a crisis. Despite the Intergovernmental Panel on Climate Change (IPCC), a world body for climate science, and International Energy Agency (IEA) calling for polluting fossil fuels to stay in the bottom if the world is to have a likelihood at averting a climate catastrophe, Jacob Rees-Mogg appears to be trying to the immediate future as Russia’s war in Ukraine has laid bare Britain’s vulnerability to volatile international gas markets.

In a bid to slash Britain’s reliance on expensive foreign imports of gas, which have soared in price as a result of Vladimir Putin’s war in Ukraine and his supply cus to Europe, Mr Rees-Mogg is aiming for 100 licenses to be given out.

He claims the brand new exploration will boost energy security and support expert jobs. The Business Secretary said in an announcement: “Putin’s illegal invasion of Ukraine means it’s now more necessary than ever that we profit from sovereign energy resources.

Mr Rees-Mogg added: “Ensuring our energy independence means exploiting the complete potential of our North Sea assets to spice up domestic production – recognising that producing gas within the UK has a lower carbon footprint than importing from abroad.

“That’s the reason we welcome the launch of the NSTA’s recent licensing round, which is able to help support highly expert jobs across the UK’s energy industry, boosting each our energy security and our economy.”

The Business Secretary has previously said, as revealed in a leaked video, that Britain “must get every cubic inch of gas out of the North Sea”, assuring that the Government will probably be “handing out a lot of money” to extract more of the UK’s own gas.

Mr Rees-Mogg said: “And that’s the reason I even have said we now have to get every cubic inch of gas out of the North Sea, because actually it’s higher for our economy and it’s greener. And this will probably be a challenge for us to get out to the country because one side will say we will not be being austere enough, and the opposite will say we will not be being free-market enough.”

Now, it is anticipated that the licensing process will probably be fast-tracked in sections of the North Sea which might be near existing infrastructure, meaning they’ll potentially be developed at rapid pace, in line with the NSTA.

While the Conservative Government has argued that the move could the UK tackle the energy crisis, critics say that the reserves will not be large enough to affect prices consumers must fork out for energy in Britain, whose bills have been surging in accordance with hiked prices of international gas.

“Supporting the oil and gas giants profiteering from the energy and climate crises ignores the speedy solutions which might be best for the economy, for lowering bills and for the climate.

Mr Samuel told the Financial Times: “I feel it’s unlikely, given it’s a mature basin and the geology is well-known, that we’re suddenly going to have a situation where we’re significantly growing production again.”

That is despite Offshore Energies UK (OEUK), which represents the oil and gas industry, claiming there may very well be as much as 15 billion barrels of oil remaining within the North Sea.

It typically takes between five to 10 years from initial exploration until oil and gas is produced from a field. This put into query the likelihood of the UK its reach net zero goal by 2050, which requires the phasing out of fossil fuels, that are more likely to get replaced with nuclear and renewable energy.

But OEUK has also claimed that the brand new fields is not going to be as polluting as earlier sites, believing this to be an environmental “bonus”. The NSTA also argues that between 2018 and 2021, production emissions have been cut by greater than a 3rd.

Dr Samuel said: “Security of supply and net zero shouldn’t be in conflict. The industry has committed to halving upstream emissions by 2030 and investing heavily in electrification, carbon storage and hydrogen. Signs are promising to date – our first carbon storage round closed last month with 26 applications from 19 firms across all of the areas we offered.”