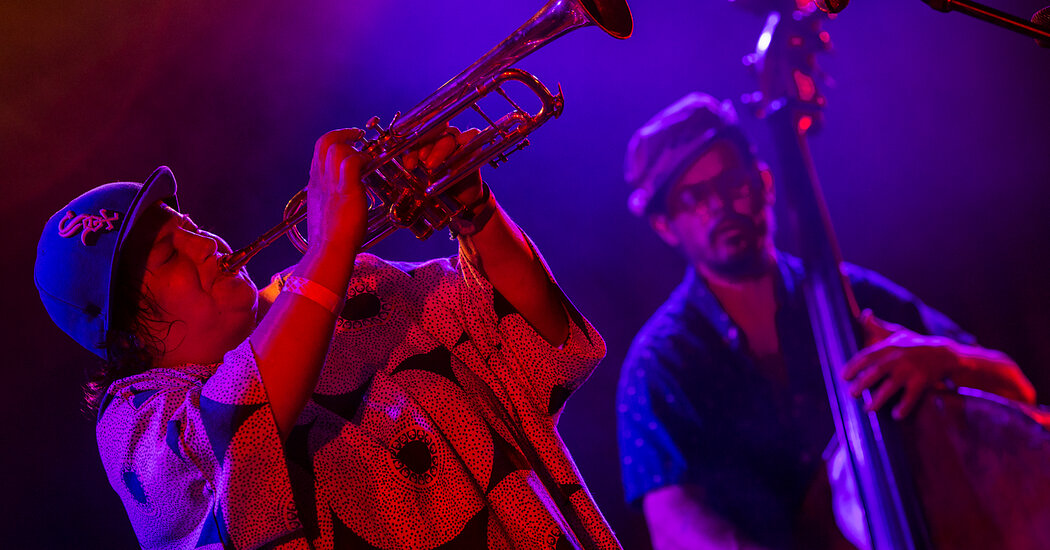 “She was a real collaborator, and that’s why she was so rattling good at playing this music,” said the Brooklyn composer and vocalist Amirtha Kidambi, who began improvising with Ms. Branch soon after she arrived in Brooklyn. “She could listen, give and receive in equal measure with an unparalleled generosity. She had so many extremely close friends who also were collaborators, and since of that she wanted each individual to be really strong and strengthen the community as a complete.”

Along with her sister, Ms. Branch is survived by her mother and two half brothers, Clark and Russell. Her father died in 2017; the primary Fly or Die album was dedicated to him.

“Plenty of her collaborators were jazz musicians,” said Piotr Orlov, a friend and supporter who wrote the liner notes for the 2021 album “Fly or Die Live,” “but ‘the music’ for her was much broader, all the time crammed with rhythm for moving, improvisation for keeping it interesting or unexpected, and camaraderie. Which is why the connections she made between so-called jazz and contemporary classical, beats and electronic music, rappers and dancers, standards and the hard-core songbook, were completely organic, and all the time fascinating.”

On Wednesday night, as news of Ms. Branch’s death spread, about 75 of her friends and fellow musicians gathered on Valentino Pier in Red Hook, a number of blocks from her apartment. As “Fly or Die Live” played through a phone propped up against a small, tinny-sounding megaphone, some in the gang tapped out beats on drums or on the concrete, others banged tambourines and sleigh bells, and the young saxophonist Zoh Amba played melancholic funereal blasts.

From across the Red Hook Channel the distant sound of one other trumpet may very well be heard, most certainly from a mariachi band in a waterfront bar, joining the music in a phantom collaboration.