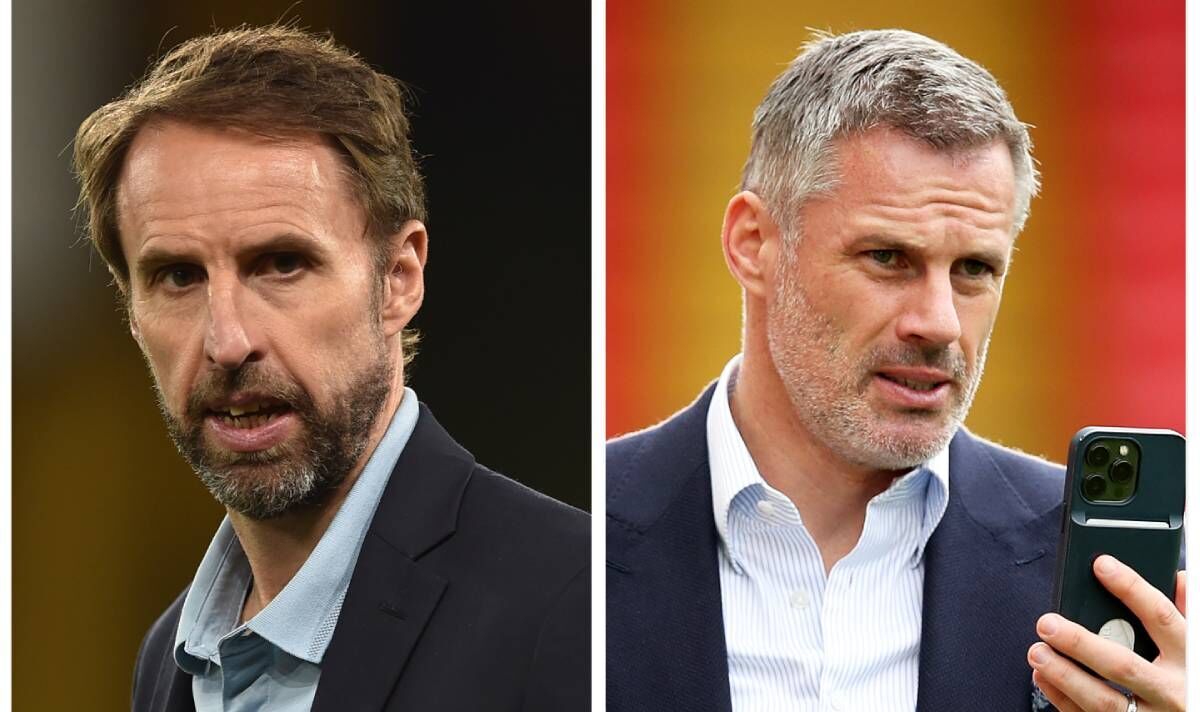 Southgate made nine changes for the fourth Nations League match in quick succession, continuing his decision to experiment ahead of the World Cup in November. It didn’t repay, with Roland Sallai’s double and goals from Zsolt Nagy and Daniel Gazdag concluding a miserable spell of results.

England have didn’t win, and even rating in open play, against Hungary, Germany and Italy and are bottom of their Nations League group. Supporters were heard chanting “you don’t know what you’re doing” within the stands, while social media was awash with anti-Southgate sentiment after the ultimate whistle.

Former Liverpool and England defender Carragher has jumped to Southgate’s defence, nevertheless, reminding fans of the runs to the ultimate of Euro 2020 and to the semi-final of the 2018 World Cup. He tweeted: “‘You don’t know what you’re doing’ shut up you clowns. This manager has taken the country in two tournaments to one of the best positions since 1966.

JUST IN: Harry Kane fires back at query over Gareth Southgate future

Match of the Day presenter Gary Lineker added: I’m sticking to cricket. I said previously that @EnglandFootball missed a trick by not resting all their vital players in order that they’d be fresh for the World Cup. Would have also loved to have seen us adopt Liverpool’s way of playing. Would suit us perfectly. I also acknowledge, I’ve never been a coach.”

England captain Harry Kane offered a staunch defence of Southgate in his post-match interview. Asked by Channel 4 whether the team were on the proper path with Southgate on the helm, he answered: “Yeah. With none query. That’s not even an issue I needs to be answering if I’m honest.”

He added: “We’re preparing for an enormous World Cup, and can learn rather a lot from this camp. Let’s not forget where we’ve come from: a primary final in 60 years, and a semi-final at a World Cup. In comparison with where we were during the last 50 years, it’s no time to panic. It’s not going to be perfect every game, the fans have to know that.”