Jeb Bush Asks Trump What We would All Like To Ask Him After Odd George H.W. Bush Claim 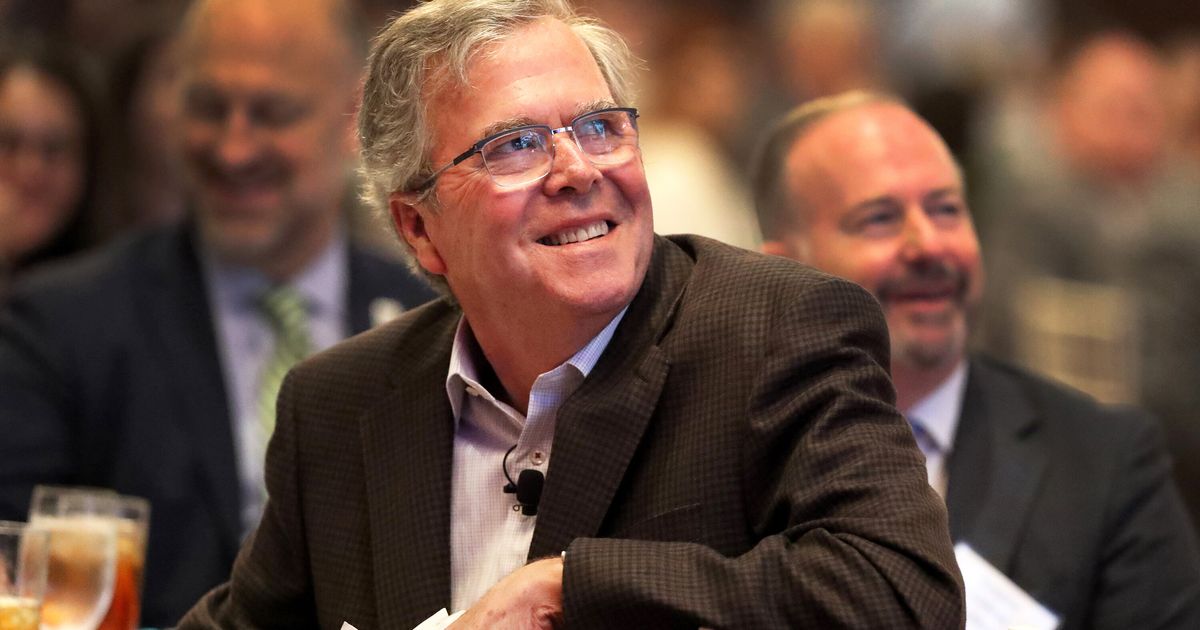 “They put them together,” Trump said, per The Day by day Beast. “And it had a broken front door and broken windows. Apart from that, it was quite secure.”

Jeb Bush, one among Trump’s competitors for the 2016 Republican presidential nomination, responded in a really on-brand, nonplussed-dad type of way.

“I’m so confused,” Bush wrote on Twitter ― adding that his father, who died in 2018, “enjoyed an excellent Chinese meal and enjoyed the challenge of seven 10 split. What the heck is up with you?”

What’s Trump talking about? Within the Nineteen Nineties, the National Archives and Records Administration rented space at a former bowling alley and adjoining restaurant in College Station, Texas, to curate old documents for a planned Bush library at Texas A&M University, The Independent reports.

CNN’s Daniel Dale hit Trump with a heavy fact-check, noting that the ability was secure and Bush didn’t take the documents there himself ― NARA did.

It is a dishonest claim. The reality: *the National Archives* sorted Bush docs for his library in a heavily secured facility (patrols, cameras, sensors) that happened to be a former alley/restaurant. As with Obama docs the Archives took to Chicago, Bush didn’t take them himself. https://t.co/1H0YsuRebu

That’s a far cry from the classified and even top-secret papers ― some regarding the nuclear capabilities of other countries ― that the FBI says it found at Mar-a-Lago and that might lead to a criminal indictment for Trump.

At Sunday’s event, Trump also repeated his false claim that former President Barack Obama stored thousands and thousands of classified documents in an old furniture store. Those documents weren’t classified ― they were earmarked for possible inclusion in a presidential library, and were arranged to be transferred by NARA, Newsweek noted.