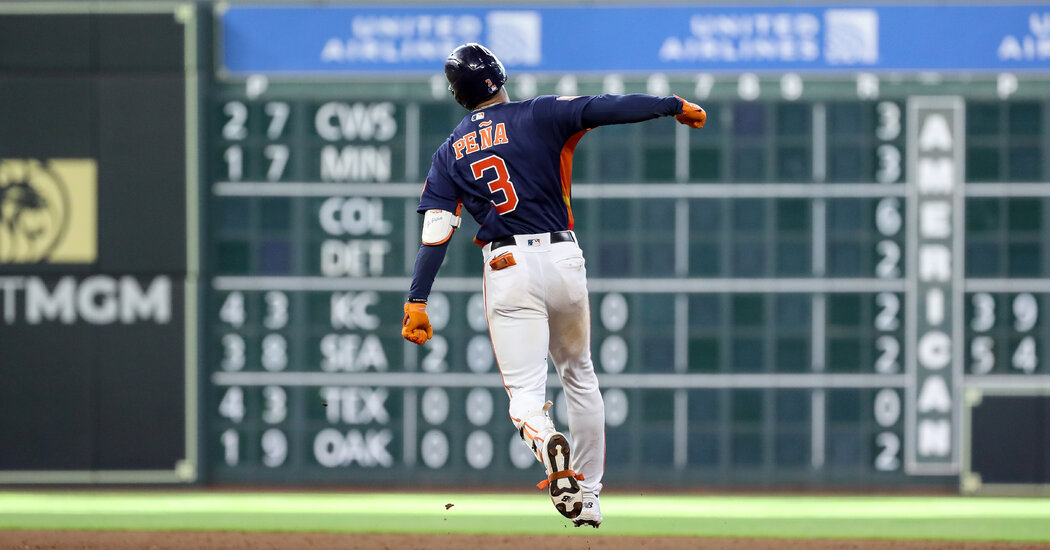 Peña’s baseball pedigree is unmistakable. In 1997, he was born in Santo Domingo, the capital of the baseball-crazy Dominican Republic. His father, Gerónimo, played in parts of seven seasons with St. Louis and Cleveland, his final season coming in 1996. Although Jeremy never saw his father play, he grew up wanting to know all the pieces about that life.

“Each time after we were eating breakfast or dinner or lunch, we’d at all times stay on the table for like an additional 45 minutes just talking about him or what he needed to undergo or my mom as well,” Peña said. “Them just making it out of whatever they’d to get through to offer for us.”

When Jeremy was 12, the Peñas moved to Windfall, R.I., following an aunt who was already there. Peña didn’t speak any English. He said that it was tough at first but that there was a big Dominican population and he had teachers who also spoke Spanish.

“I learned rather a lot on the baseball field,” he said. “My teammates were bilingual, and they might teach me the fundamentals, and I might apply that in class. And we’d go backwards and forwards for a 12 months, 12 months and a half, and I used to be already having full conversations.”

Admittedly skinny and small then, Peña wasn’t a highly touted prospect out of Classical High School when the Atlanta Braves chosen him within the thirty ninth round of the 2015 draft. He didn’t sign and as a substitute attended the University of Maine. He said the cold climate and shoveling snow off the sphere built character while allowing him to grow. (He also ate more and began lifting weights.) Three years later, the Astros took him with the 102nd pick of the draft.

After coping with shin splints and an underwhelming first season within the minors, Peña went to a personal training facility outside Boston that was frequented by some major league players to, in his words, get his body right. Peña is listed now at 6 feet and 202 kilos, displaying the added strength and speed that helped him shoot through the minors. He has tried to model his form of play, he said, after the previous Mets shortstop José Reyes.