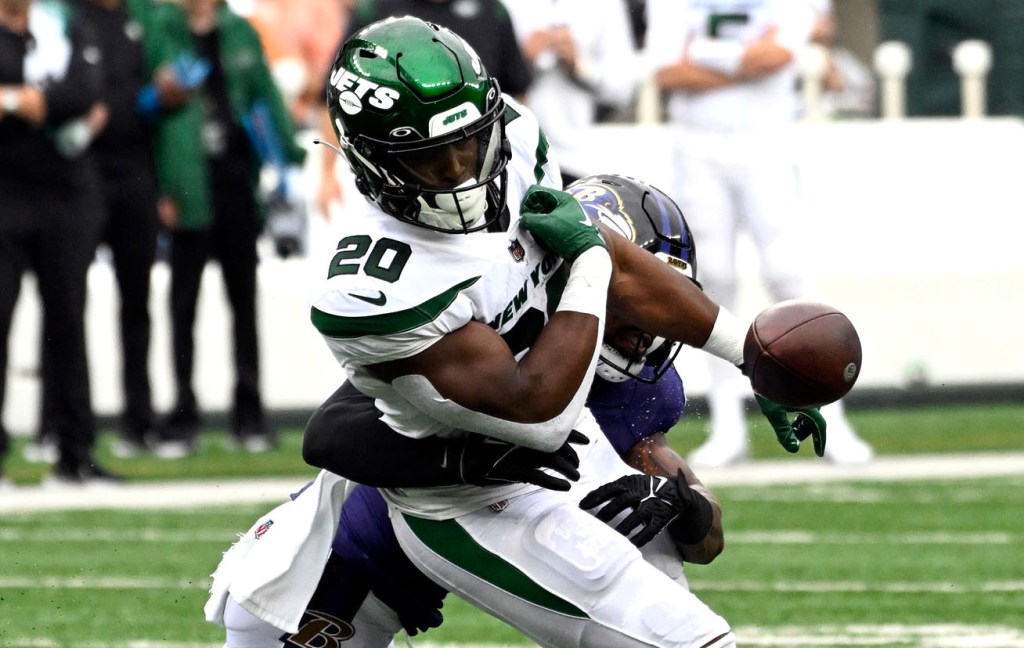 Jets running back Breece Hall figures it could possibly’t get any worse.

Hall had some tough moments in his NFL debut last week against the Ravens, with a fumble within the red zone and a dropped pass.

“Obviously, I felt like I could have done so much higher,” Hall said. “I had a dropped pass and a fumble and every thing like that. I felt like I had all my rookie moments in sooner or later. It was good to get that out of the way in which. Just knowing that the coaches still place confidence in me, they still wish to get me the ball at any time when I’m in the sport, it feels good.”

The Jets need Hall and his fellow back Michael Carter to each have strong games Sunday against the Browns. Cleveland’s pass rush, led by Myles Garrett, could make it a protracted day for the offense. But when the Jets can run the ball effectively, they may decelerate the frenzy.

Head coach Robert Saleh said last week was a learning experience for Hall and all of the rookies.

“There was even one he was just talking about, he saw a crease and massive Calais [Campbell] just grabbed him, and he’s like, that’s never happened to him before. So it just grabbed him, simply to stop and he’s like, ‘Jeez,’ but for him, it’s just all of those guys, just that lesson. He didn’t realize how strong these guys are, so there’s just a distinct mindset whenever you’re attempting to hit those creases, where in college he probably would’ve been gone.”

Hall said his coaches’ belief in him has kept him confident.

“I feel like they intend to make me and [Carter] the identity of our offense,” Hall said. “Just knowing that they’ve that faith in me feels nice. I’m just specializing in the little things, squeezing the ball, protecting the ball, catching the ball and just let my natural ability take over. I’m not too nervous about anything. I do know I’m going to progress week by week.”