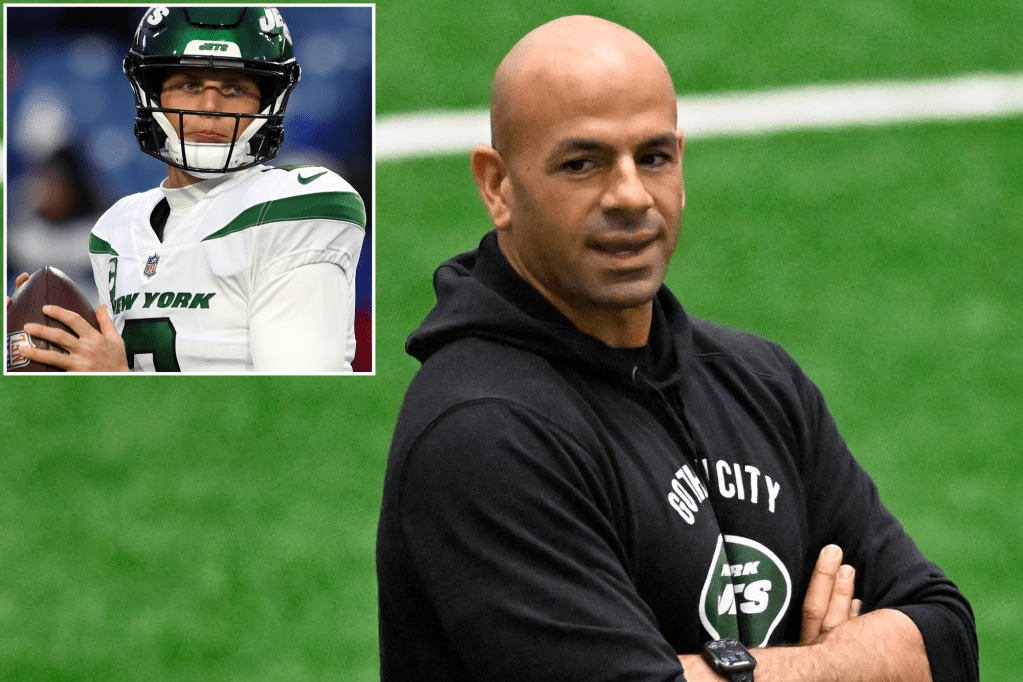 The Jets’ offseason program remains to be in its early stages, but head coach Robert Saleh has seen some differences in second-year quarterback Zach Wilson.

“Zach looks good,” Saleh said. “He’s definitely hit the burden room. He looks beefy, in a very good way. He’s definitely filled out. He’s still got all his looseness in throwing the football and zip and all that stuff. He looks good.”

The Jets are within the second phase of the offseason program, which allows the coaches to have some light field work. They’ll spend one other two weeks doing that before starting OTAs, through which they will ramp things up.

Saleh said Wilson has made strides mentally in addition to physically.

“He’s got a very good early command of the offense and he’s doing a very good job with regard to that,” Saleh said. “There’s little things that he’s doing where you’re seeing a bit more security. He’s not a rookie, so he’s being a bit more vocal. He looks good. He’s getting more comfortable, obviously grasping the offense. He’s never had trouble grasping the offense, but he was a rookie so he goes through it. He’s much further ahead at this point than he was a 12 months ago, obviously.”

The Jets signed first-round pick Sauce Gardner to his four-year rookie contract on Saturday. The contract is projected to be for $33.5 million based on the rookie slotted salaries and Gardner going fourth overall. He received a signing bonus of $21.5 million. The contract has a normal fifth-round option because he was a first-round pick.

The Jets released guard Greg Van Roten on Friday. Saleh didn’t rule out a return by Van Roten, who began 23 games during the last two years for the Jets.

“GVR is an exceptional man. I actually appreciated the time with him,” Saleh said. “It’s not over. Talking with [general manager] Joe [Douglas], we’d like to have him back because the offseason goes. GVR has a spot on this league. I feel he has starting opportunities at just a few places. Just talking with Joe, thought possibly give him that chance to see if he can get somewhere to compete for a starting job. At the identical time, the door’s not closed here. We’d like to have Greg back.”

Saleh said rookie TE Jeremy Ruckert remains to be coping with a foot injury he suffered during his draft preparation. He will not be sure if Ruckert might be a participant in OTAs in two weeks.

“We’re hoping so,” Saleh said. “We’ll see where he’s at again next week. I do know he’s working through it. He’s feeling good. It’s only a matter of constant to rehab.”

Saleh on fourth-round pick DE Micheal Clemons: “He absolutely loves ball. When he puts a helmet on, he goes to a really dark place. It reflects in his play and the hassle and the violence at which he does it. At the identical time, he’s a pleasure to be around.”