Joe Turkel, the Spectral Bartender in ‘The Shining,’ Dies at 94 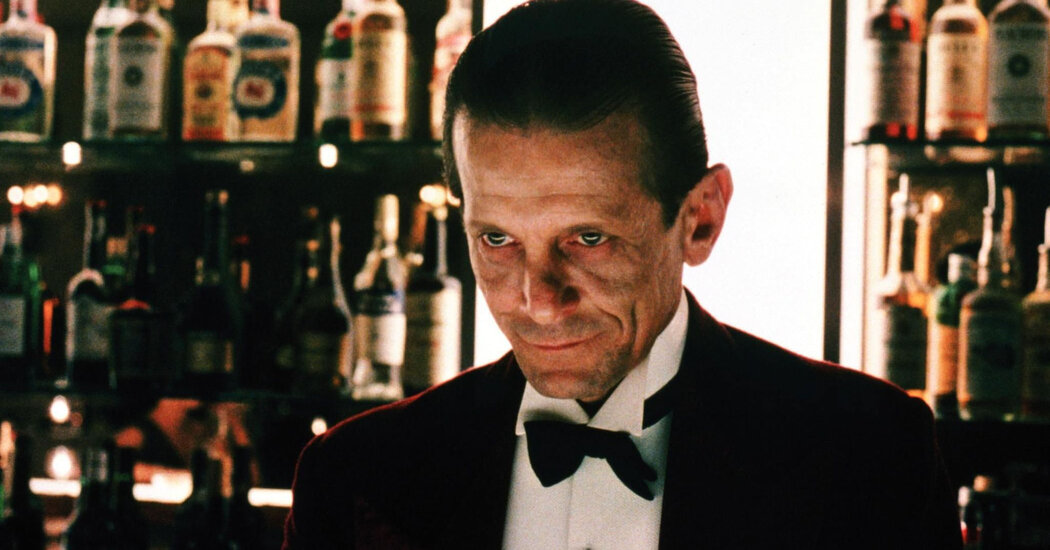 Joe Turkel, a gaunt-faced yeoman character actor who appeared in scores of flicks but is best known for 2 of his final performances — as Lloyd the bartender in “The Shining” and Dr. Eldon Tyrell in “Blade Runner” — died on June 27 in Santa Monica, Calif. He was 94.

His son Craig Turkel said the death, at a hospital, was brought on by liver failure.

Mr. Turkel (pronounced ter-KELL) was a favourite amongst directors in search of someone who could bring zealous professionalism to even the smallest role.

In movies like “Hellcats of the Navy” (1957) and “The Sand Pebbles” (1966), he held his own alongside leading men like Ronald Reagan and Steve McQueen. It was often as much as Mr. Turkel to supply a subtle but unmistakable plot pivot, using his steely onscreen demeanor and perfectly delivered lines to shift a movie’s entire mood.

Nowhere was that more true than within the three movies he made for Stanley Kubrick, with whom he formed something of a mutual admiration society. Each men, who were concerning the same age, had grown up as working-class secular Jews in Latest York. Each were huge baseball fanatics. And each were perfectionists about their work.

Mr. Turkel had a small role in “The Killing,” Mr. Kubrick’s 1956 film a few racetrack robbery, after which returned a 12 months later as a condemned soldier in “Paths of Glory.” In each movies, he contrasted a stony stillness with sudden explosions of manic motion to convey meaning far beyond his few temporary lines.

He went on to change into a prolific television actor, with roles on popular shows like “Bonanza,” “Ironside” and “Fantasy Island.”

He returned to Mr. Kubrick’s service in 1980 for “The Shining,” an adaptation of Stephen King’s novel. The story revolves around an creator, Jack Torrance (Jack Nicholson), who’s hired because the winter caretaker of the secluded, otherwise empty Overlook Hotel and moves there together with his family.

Under the influence of malevolent supernatural forces, Jack slowly goes crazy. At one point he enters the hotel’s bar, where he finds Lloyd, played by Mr. Turkel. Jack asks for a bourbon, and Lloyd pours him a shot of Jack Daniel’s.

Mr. Nicholson dominates their conversation, but it surely is Mr. Turkel’s ominously stoic presence that shifts the film right into a darker register.

“In dress and demeanor, he’s the prototypical old-school hotel barman,” Mr. Turkel told The Toronto Star in 2014. “He obviously takes pride in his work and the corruption he enables; most bartenders are stylish and just a little bit evil. Poor Lloyd doesn’t know the difference between bourbon and Tennessee whiskey, though.”

Joseph Turkel was born on July 15, 1927, in Brooklyn. His father, Benjamin Turkel, was a tailor, and his mother, Gazella (Goldfisher) Turkel, was a homemaker and part-time opera singer.

Along together with his son Craig, Mr. Turkel is survived by one other son, Robert; his brother, David; and two grandchildren. His wife, Anita (Cacciatore) Turkel, died before him.

He joined the U.S. merchant marine in 1944 and the Army in 1946. After receiving an honorable discharge, he briefly returned to Latest York for acting classes before heading to Hollywood in 1947.

His first credited role was in “City Across the River” (1949), a movie a few program for juvenile delinquents that also featured a young Tony Curtis.

His work on “The Shining” brought him to the eye of Ridley Scott, who was casting “Blade Runner,” his adaptation of Philip K. Dick’s novel “Do Androids Dream of Electric Sheep?”

He was forged as Dr. Tyrell, the good but haughty founding father of an organization that produces robots so perfect that they blur the road between human and machine — an uncanniness that results in Dr. Tyrell’s bloody demise by the hands of considered one of his creations.

Although “Blade Runner” has change into probably the most critically acclaimed science fiction movies in history, it was originally a box-office dud. Mr. Turkel, having grown uninterested in grinding through auditions after a long time in Hollywood, decided to retire; other than a number of more small TV and film roles, he never acted again.

As an alternative he tried his hand at screenplays (although none of them were produced), became an everyday on the fan-convention circuit and wrote a memoir, “The Miseries of Success,” which stays unpublished.

“I’ve done some great movies,” he told an interviewer for Blade Zone, a “Blade Runner” fan site, in 1999. “I do know other actors which have done good movies. They still need to exit and audition and meet the producer, director, and please these people regardless of what they’ve done. After all the good big stars don’t try this. But there are great quality actors that try this they usually find it demeaning.”

Still, he added, “I’ve had a hell of a profession.”