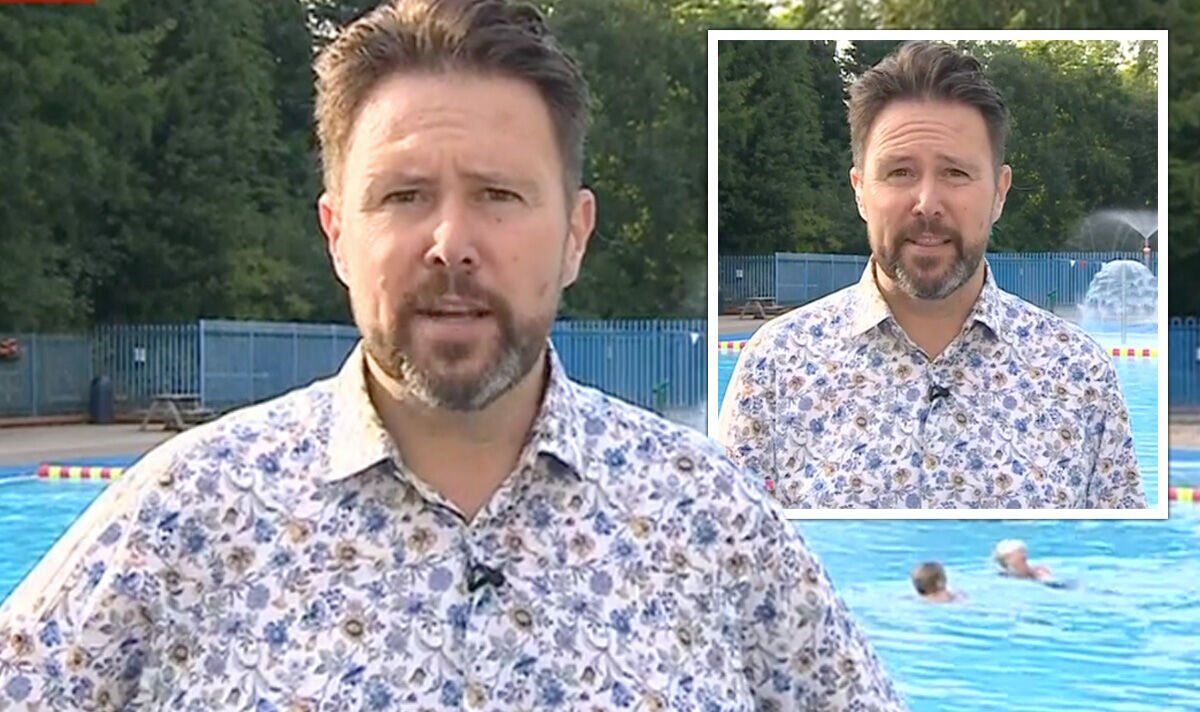 Jon, 52, was presenting live from Droitwich Spa Lido where he was informing BBC Breakfast viewers of the new temperatures expected throughout the UK. Nonetheless, as he delivered the newest updated, viewers were take aback by his patterned shirt, with Jon even joking it was “modest”.

The BBC presenter wore a protracted sleeved white shirt with blue and yellow flowers printed throughout.

He joked he thought shirt was “crazy” as he introduced guest Dr Mohit Mandiratta who was in an analogous outfit.

Making a jibe at himself, Jon said he thought the shirt was a modest alternative, following yesterday’s outfit of a beige linen suit.

The presenter uploaded a photograph of himself on Twitter informing his 46.2k followers of where he’d be ahead of the show.

BBC Breakfast viewers were quick to comment on his shirt with Rob Foster joking: “You recognize, if you happen to got a digital aerial, you would not have a lot noise on that shirt.”

Philip Carmen said: “Love the shirt – are you competing with Carol and @NinaWarhurst for many brightest top today (I meant that in a superb way). Are you swimming trunks the identical pattern?”

Gary Hill joked: “No wonder you might have attracted wasps Jon busy shirt.”

It comes after Jon had a rather unlucky encounter with a bird during Monday’s instalment of the breakfast show.

Weather reporter Carol Kirkwood was giving viewers advice on the present heatwave before he asked for some advice himself.

He said: “Carol, have you ever got any suggestions for removing bird poo from linen jackets because I even have just been splatted by a pigeon?”

Carol immediately burst out laughing before telling Jon using a wet wipe could help clean up the mess.

She said: “You would possibly spread it a wee bit, but if you happen to use a couple of it’d work.”

Jon replied: “It would get messy, I’m barely anxious about doing this but I even have one other jacket.

“I’d go for that option for a way and hit the dry cleaners.”