Jonathan Majors Is More Than a Marvel Supervillain 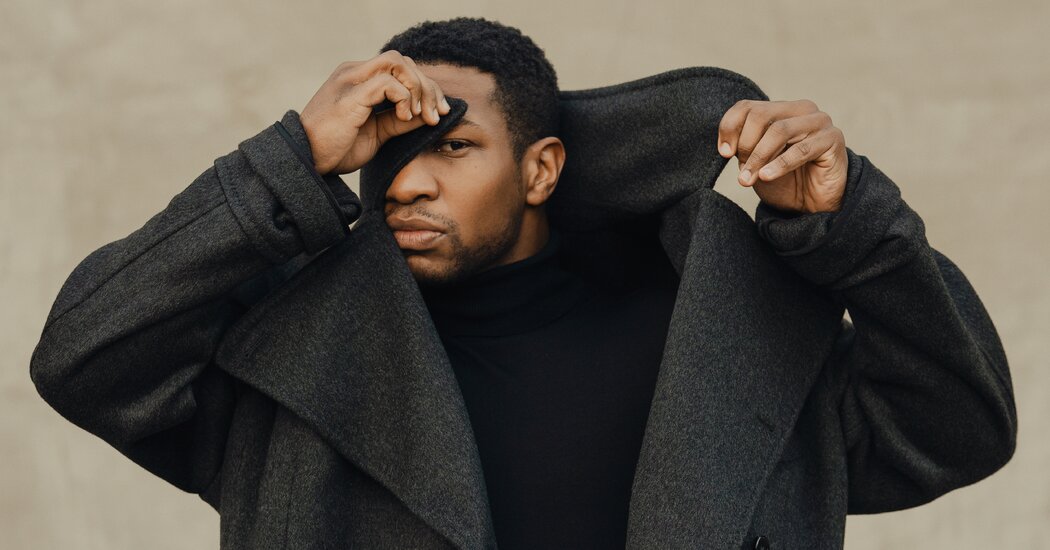 One night in London, I took Majors along to a friend’s poetry reading on the Coronet Theatre in Notting Hill. It was late October, and despite the still-raging pandemic, the town had an autumnal strut to it. Streaked with mellow greens and golds, the river curved past the upscale southwest pocket of Twickenham with its swans, rugby bars and picturesque little boats passing by. After I prodded Majors about his poetry — he often writes during those predawn mornings when he’s up, and sometimes while preparing a personality — it was the primary time he truly became withdrawn. He knew that I had published a number of books of poetry and that I teach it at school. I used to be in a gray suit and striped tie. He wore his trusty red wool beanie, a black light overcoat over a navy T-shirt, moss-colored wide-legged pants that stopped on the calf and ankle high lace-up boots. Upon entering the red-carpeted, late-Victorian space, he got here across an acoustic guitar orphaned in a corner and proceeded to pick the opening notes of Jay-Z’s “Public Service Announcement (Interlude)” with a puckish smile on his face. After the reading, we drifted into the reception area where he chatted freely and simply about poetry, naming a few of his favorite poets — Jack Gilbert, Mary Oliver, Anne Sexton — and deflecting as best he could any speak about his acting. When he was introduced to an editor as “a breakout star,” he winced and replied, “You may only be a breakout star for thus long.”

He then proceeded to cause pandemonium among the many assembled poets and editors when he declared that “Richard II” was his favorite Shakespeare play. Perhaps from having been fed a gentle food regimen of Americans professing their love of “Hamlet,” “Macbeth” and “The Tempest,” they didn’t wish to consider him. He insisted that it was true, that he found constant solace in Richard’s “Irrespective of where; of comfort no man speak” monologue and the proven fact that the whole play is in verse, making it an oddity. Everyone within the play speaks poetry — regardless of their social status. Coincidentally or not, there’s no clown, unless we count Richard, the king, who, in becoming aware, becomes his own holy idiot.

A number of days later, I met him at his home away from home, in Twickenham. Inside, a photograph of Muhammad Ali hung by the staircase. The front room’s windows looked out over a yard and the Thames River beyond. Books of poetry, philosophy and photography were stacked in all places, with the occasional script mixed in. To 1 side of the front room was a treadmill, to the opposite two rows of 5 neatly aligned Balinese theater masks, the sculpted faces spanning the colour spectrum. They were stuffed with meaning, though inscrutably so.

I had grow to be accustomed to playing his guitar and reading the books scattered about as we killed time on this riverside rental house in a neighborhood that the “Loki” star Tom Hiddleston tipped him off to. One book particularly caught my attention: “Poetics of Relation,” by the nice Martinican philosopher-poet Édouard Glissant. “There’s some Kang energy in that,” Majors told me. Glissant’s beautiful, complex book is a masterpiece of Caribbean thought. And though its focus is on that a part of the world, its central idea is more universal: mainly, that Western culture has championed linear progress and finds legitimacy through the linearity of time and direct connections to a mythicized past. In contrast, Glissant argues for radical change: “an open totality evolving upon itself.” He wants, in other words, to raise simultaneous multiplicities over the Western ideal of hierarchy and linearity. I couldn’t help pondering of Majors after I arrived at one passage near the top of the book: “Distant reader,” it begins, “as you recreate these imperceptible details on the horizon, you who can imagine — who can indulge the time and wealth for imagining — so many open and closed places on the planet, take a look at him.”