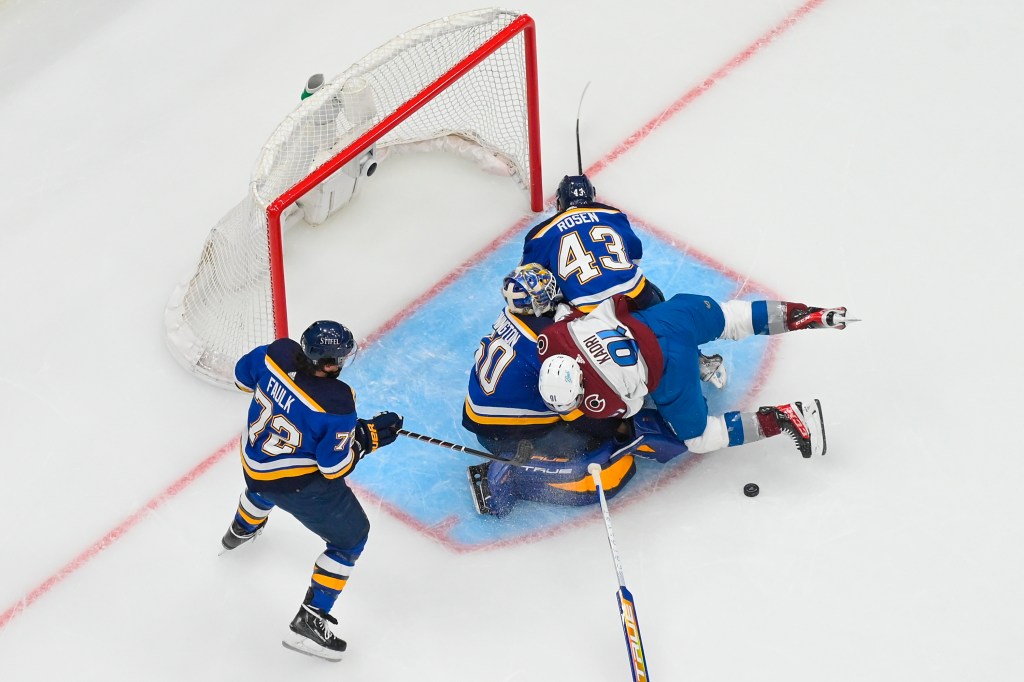 There isn’t a shortage of drama between St. Louis Blues’ goaltender Jordan Binnington and Colorado Avalanche center Nazem Kadri. After a collision between the pipes in Game 3 of their second-round series that effectively ended Binnington’s season, Binnington threw a water bottle at Kadri within the hall after the sport.

“Unsure if he just threw a water bottle at me or not,” Kadri said while discussing the play on the TNT postgame show on May 21.

On Tuesday, Binnington confirmed that he threw the water bottle while offering his explanation.

“So I went to get my knee checked out in-game,” he said. “I used to be coming back to the rink, the sport just ended, walking down the hallway, couldn’t discover a recycling bin on my way down the hallway, and right before I walked into the locker room, I see him form of doing the interview there, smiling, laughing and I’m there in a knee brace limping down the hallway.

“Unsure if he just threw a water bottle at me” 😳

Nazem Kadri appears to have a water bottle thrown at him while discussing the collision with Binnington 🔎 pic.twitter.com/6XLbAdxEEm

“I felt prefer it was a God-given opportunity,” Binnington continued. “I don’t know, I could stay silent and go within the room or I could say something and have him look me in the attention and understand what’s occurring, something to take into consideration. I threw the water bottle — an empty water bottle. It landed like two feet from him. It’s what it’s there.”

This isn’t the primary run-in between Binnington and Kadri. Last October, Binnington was given a 10-minute penalty for swinging his goalie stick at Kadri after an altercation on the ice between the 2 teams.