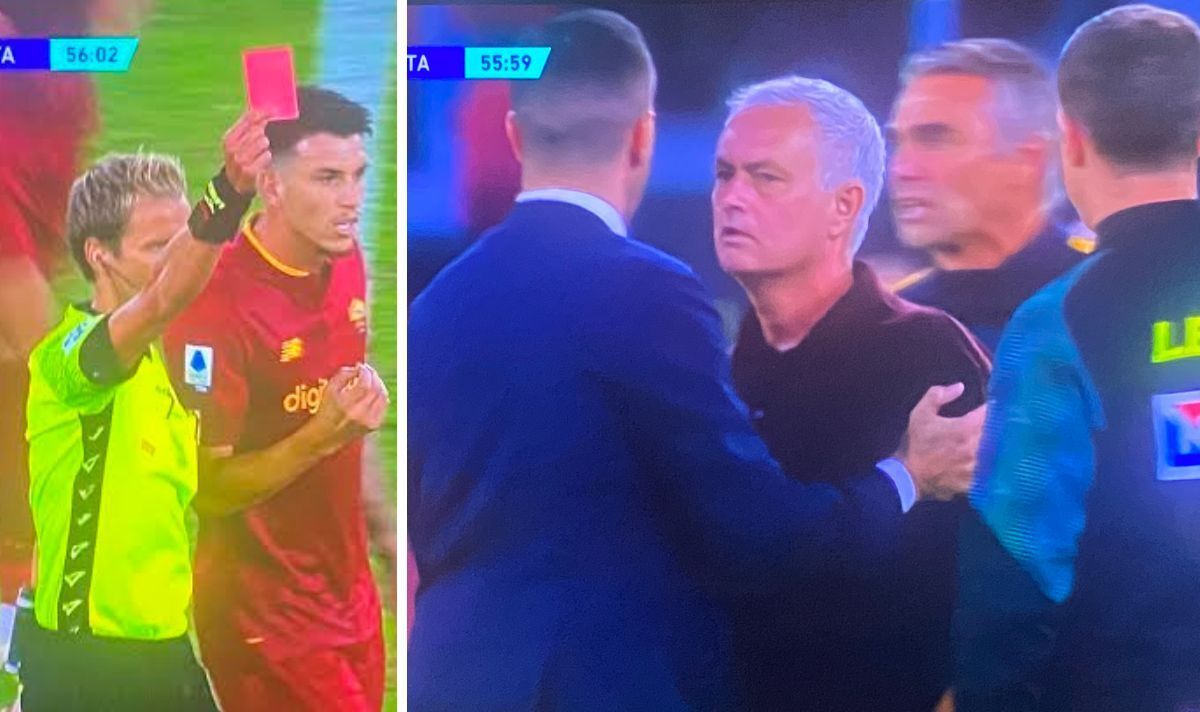 Jose Mourinho needed to be restrained by his own Roma coaching staff and Serie A officials after being shown a red card by referee Daniele Chiffi through the second half of his side’s intense clash with Atalanta. The long-lasting Portuguese boss was incensed after his side were seemingly denied a transparent penalty when Nicolo Zaniolo went tumbling over within the box following a tangle with the defender Caleb Okoli.

The Roma players were adamant they need to have been awarded a spot-kick as they protested fiercely but Chiffi was having absolutely none of it – denying the hosts a likelihood to attract level from 12 yards.

On the sidelines, Mourinho was just as furious and he cut an animated figure as he urged the officials to review the incident via the VAR monitor.

Nevertheless, the referee was not prepared to place up with the 59-year-old’s antics as he raced over the touchline to send Mourinho a red card and not using a second thought.

Then, all hell broke loose because the Special One tried to get to the referee to query the choice.

He was held back by a few of his staff and an official in a blazer – yet that appeared to wind him up much more as he attempted to enter the sphere of play.

Mourinho could barely contain his frustration as his side looked to force their way back into the sport and replays appeared to point out that he was definitely hard done by.

Atalanta took the lead in the primary half when Italian international centre-back Giorgio Scalvini beautifully steered the ball home from range.

Roma largely dominated proceedings with Tammy Abraham and Lorenzo Pellegrini amongst those to squander first-half opportunities.

Tension was constructing contained in the Stadio Olimpico as Roma attempted to force their way back into the sport and the house players were convinced the referee was working against them.

Every foul in favour of Atalanta was profusely protested as Roma continued to waste a variety of decent openings in the ultimate third.

Back in February, Mourinho received a two-match ban after being sent off in Roma’s 2-2 draw with Hellas Verona.

The previous Chelsea, Manchester United and Tottenham boss hoofed the ball away before receiving his marching orders for the incident.

Last season, he even delegated the duty of difficult the officials to his coaching staff to avoid facing further retribution.