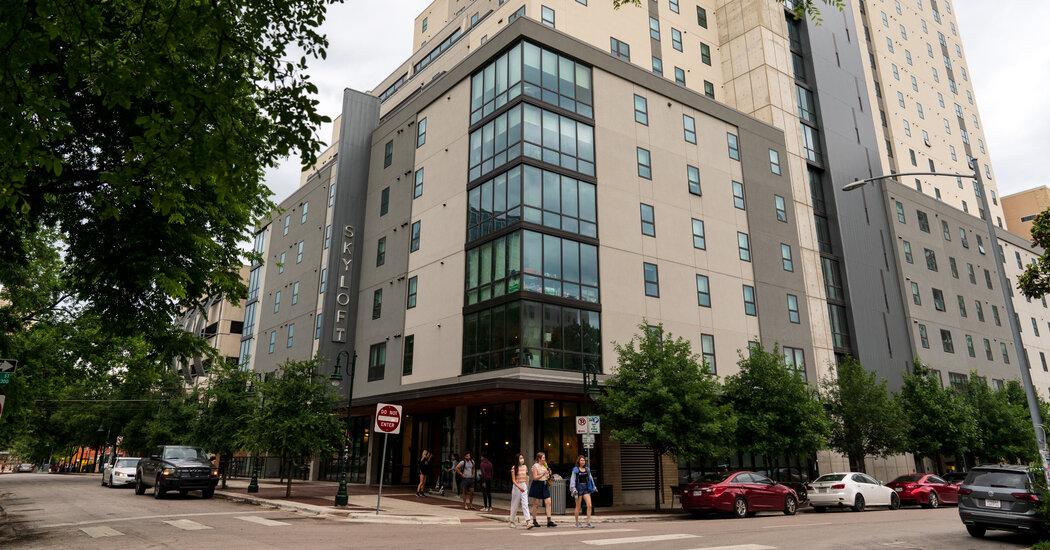 A Texas judge temporarily blocked an embattled student housing operator from using the $14 million in commissions it received from the sale last month of a student housing complex in Arizona.

On Friday, the judge, Karin Crump of Travis County, ordered Patrick Nelson’s firm, Nelson Partners Student Housing, to transfer the $14 million to a registry run by the Texas courts for safekeeping until litigation over who should get to maintain the sale proceeds is resolved.

“It appears to me that there was some highly improper behavior by your client,” Judge Crump told Mr. Nelson’s lawyer, Gregory Noschese. “You’ll want to have an actual long and hard conversation along with your client. It doesn’t look good.”

The ruling is in response to a motion filed this week by the administrator of a court-approved fund that’s alleged to collect and distribute $50 million to greater than 100 individuals who invested in Skyloft, a luxury student housing complex that Nelson Partners had bought and managed in Austin, Texas. The administrator had asked the court to place a short lived hold on the $14 million in commissions paid to Nelson Partners from the Arizona property sale until it may very well be determined if the cash must have been paid into the $50 million restitution fund.

Investors in Skyloft have said in lawsuits that Mr. Nelson defrauded them and improperly diverted investor money to other uses, including the acquisition of a student housing complex in Tucson, Ariz., called Sol y Luna.

The settlement between Mr. Nelson and investors in Skyloft required him to sell other properties so as to raise money for the restitution fund.

Lawyers for the fund administrator said Mr. Nelson had told the court just a couple of weeks ago that the sale of Sol y Luna would generate about $18 million for the restitution fund. However the sale produced only $9.3 million for the fund, with Mr. Nelson’s firm taking $14 million in commissions, in response to legal filings.

Mr. Noschese told Judge Crump that Mr. Nelson’s firms were entitled to the commissions from the sale of an unrelated property and that the $18 million figure had been only an estimate.

The court ruling is the most recent twist in a long-running battle that Mr. Nelson has waged over the past two years with investors, student residents, lenders and creditors over the operation of a housing firm that when managed nearly two dozen apartment complexes for school students living off-campus.

Financial troubles at Nelson Partners have led the firm to lose control over 4 buildings. The corporate also faces a legal fight to retain control of two other properties, in addition to quite a few complaints from students about poor property maintenance. Just this week, Fannie Mae, the federally backed mortgage finance firm, sued Mr. Nelson and related firms to recoup $12.6 million of a loan on a foreclosed property.

Mr. Noschese declined to comment on the judge’s ruling or on her remarks about his client after the hearing. Mr. Nelson didn’t take part in the hearing, which was conducted over Zoom and broadcast on the court’s YouTube channel. The judge ruled from the bench and has yet to sign a written order.

Investors in Sol y Luna received only 70 percent of their original investment after the sale, in response to letters sent to investors by Nelson Partners.