Julia Reichert, Documentarian of the Working Class, Dies at 76 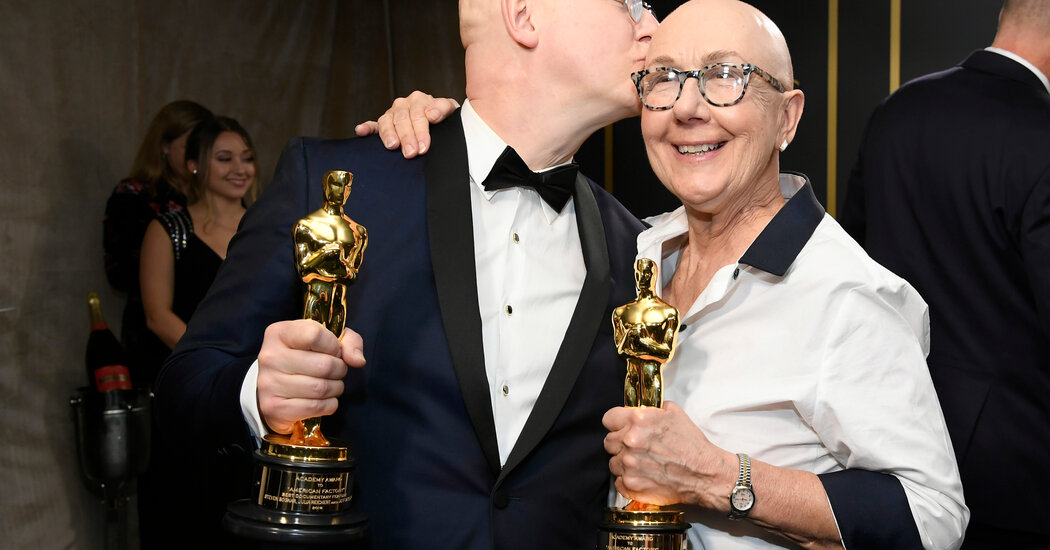 Julia Reichert, a filmmaker and educator who made a pioneering feminist documentary, “Growing Up Female,” as an undergraduate student and almost a half-century later won an Academy Award for “American Factory,” a documentary feature in regards to the Chinese takeover of a shuttered automobile plant in Dayton, Ohio, died on Thursday at her home in nearby Yellow Springs, Ohio. She was 76.

Steven Bognar, her husband and filmmaking partner, confirmed the death. The cause, diagnosed in 2018, was urothelial cancer, which affects the urethra, bladder and other organs. She learned she had non-Hodgkin’s Lymphoma in 2006.

Ms. Reichert, a longtime professor of motion pictures at Wright State University in Dayton, was within the forefront of a recent generation of social documentarians who got here out of the Recent Left and feminist movements of the early Seventies with a belief in film as an organizing tool with a social mission. Her movies were near oral history: Eschewing voice-over narration, they were predicated on interviews during which her mainly working-class subjects spoke for themselves.

“Growing Up Female” (1971), which she made along with her future husband, James Klein, a classmate at Antioch College in Ohio, was chosen by the Library of Congress for the National Film Registry in 2011.

Ms. Reichert was again nominated, in 2010, for the short documentary “The Last Truck: Closing of a GM Plant,” which she directed with Mr. Bognar, her second husband.

“The Last Truck” documented the closing of a an automobile assembly plant in Moraine, Ohio, a few of it clandestinely filmed by staff contained in the plant. The movie served as a prologue to “American Factory,” which Netflix released along with Barack and Michelle Obama’s fledgling company Higher Ground Productions, and which won the 2019 documentary-feature Oscar.

Reviewing the film in The Recent York Times, Manohla Dargis called it “complex, stirring, timely and beautifully shaped, spanning continents because it surveys the past, present and possible way forward for American labor.”

The movie is suffused in ambivalence. Having purchased the identical plant documented in “The Last Truck,” a Chinese billionaire converts it into an automobile-glass factory and restores lost jobs while confounding American staff with a recent set of attitudes.

In 2020, Ms. Reichert and Mr. Bognar were invited by the comedian Dave Chappelle to document one in every of the outdoor stand-up shows he hosted throughout the Covid pandemic from a cornfield near his home in Yellow Springs. The 2-hour feature “Dave Chappelle: Live in Real Life” had its premiere at Radio City Music Hall as a part of the 2021 Tribeca Film Festival.

Although Ms. Reichert addressed quite a lot of social issues within the documentaries she directed and produced, her enduring interests were labor history and the lives of working women. Her last film, “9to5: The Story of a Movement,” directed with Mr. Bognar, brought those two concerns together, specializing in the organizing of female office staff starting within the Seventies.

Julia Bell Reichert was born on June 16, 1946, in Bordentown, N.J., a city on the Delaware River about eight miles southeast of Trenton. She was the second of 4 children of Louis and Dorothy (Bell) Reichert. Her father was a butcher in a neighborhood supermarket, her mother a homemaker who became a nurse.

One in all the few students from her highschool to go to school, Ms. Reichert was interested in Antioch due to its cooperative work-study program. Her parents were conservative Republicans, but once she was at Antioch Ms. Reichert’s political orientation shifted left. She canvased for the Democratic president, Lyndon B. Johnson, throughout the 1964 election and hosted a feminist program, “The Single Girl,” on the campus radio station. She later credited her radio experience with honing her documentary skills.

“I got here out of radio,” she said in an interview with the Academy of Motion Picture Arts and Scientists before winning the 2019 Oscar. “So without having to spend any money, I learned lots about interviewing and editing and mixing music and the best way to talk — the best way to tell a story in a timeframe.”

Ms. Reichert also took a movie course at Antioch with the avant-garde filmmaker David Brooks and arranged a documentary workshop with Mr. Klein. After making “Growing Up Female,” which was originally intended for consciousness-raising groups, she and Mr. Klein founded a distribution cooperative, Recent Day Movies, which focused on bringing recent documentary movies to varsities, unions and community groups.

The couple also collaborated on the documentary “Methadone: An American Way of Dealing,” along with “Union Maids” and “Seeing Reds.”

Vincent Canby of The Times, who discovered “Union Maids” in early 1977 on a double bill in a limited run at a downtown Manhattan theater, called it “one in every of the more moving, more cheering theatrical experiences available in Recent York this weekend.”

He was similarly supportive of “Seeing Red,” which was first shown on the 1983 Recent York Film Festival, and which is arguably essentially the most sympathetic portrayal of American Communists ever put onscreen. Mr. Canby considered it “a wonderful, tough companion piece to ‘Union Maids.’” Slightly than dogma, he wrote, the topic was “American idealism.”

Ms. Reichert began a filmmaking program at Wright State University with Mr. Klein. She also directed a quasi-autobiographical feature film, “Emma and Elvis” (1992), written with Mr. Bognar, a couple of married documentary filmmaker who becomes involved with a young video artist. Although the film received only limited distribution, the critic Jonathan Rosenbaum praised it in The Chicago Reader for “making a filmmaker’s creative/midlife crisis meaningful, engaging and interesting.”

Ms. Reichert’s most personal film — the primary she directed with Mr. Bognar — was “A Lion within the House,” a documentary about children with cancer accomplished in 2006 after having been in production for near a decade. It was inspired partly by her adolescent daughter’s struggle with Hodgkin’s lymphoma. Her daughter recovered, but after the film was accomplished Ms. Reichert was herself diagnosed with cancer.

“A Lion within the House” won multiple awards, including a Primetime Emmy, the 2006 Sundance Film Festival grand jury documentary award and the 2008 Independent Spirit Award for best documentary.

Ms. Reichert’s marriage to Mr. Klein resulted in divorce in 1986. She married Mr. Bognar, who survives her, in 1987. She can be survived by her daughter, Lela Klein; three brothers, Louis, Craig and Joseph Reichert; and two grandchildren.

Ms. Reichert was very much a regional filmmaker. After graduating from Antioch, she remained within the Dayton area and have become a source of inspiration for other Midwestern documentarians, including Michael Moore and Steve James. She also produced plenty of movies.

In an appreciation written for a 2019 retrospective of her work on the Wexner Center for the Arts in Columbus, Ohio, the journalist and creator Barbara Ehrenreich recalled that Ms. Reichert had “defied every stereotype I’d had of independent filmmakers.”

“She wasn’t wealthy, and he or she wasn’t smug or egotistical,” wrote Ms. Ehrenreich, the creator, of “Nickel and Dimed” (2001), in regards to the working poor in America. (She died in September.) “The daughter of a butcher and a house cleaner turned registered nurse, she dressed and spoke plainly, often beaming with enthusiasm, and never abandoned her Midwestern roots.”

She might need added that virtually all of Ms. Reichert’s movies were explicitly collective enterprises.

In an email, Mr. Klein wrote that he and Ms. Reichert “got here of age with a way that it was only through community that the form of work we desired to see being made could occur.”

“And Julia really lived her beliefs,” he added.

Despite her politics, Ms. Reichert was by her account less excited about ideology than she was in people. In an interview with Cineaste magazine, she called the themes of “Seeing Red” “a number of the most wonderful people you’ll ever want to fulfill.”

“They made a really positive life alternative, despite every part they went through,” she said.

“American Factory,” which deals with the mutual culture shock experienced by Chinese and American staff and their reconciliation, was Ms. Reichert’s most ethnically and racially diverse film. The movie, she told an interviewer, “tries to be particularly reasonable by listening to everyone’s standpoint — that of the chairman” — Cao Dewang, the billionaire Chinese entrepreneur who purchased and reopened the factory — “union people, anti-union people, and staff.”

Indeed, Mr. Cao, a product of Communist China who teaches American staff the hard realities of world capitalism, is in lots of respects the film’s protagonist.

Although a totally committed artist, Ms. Reichert wore her politics so frivolously that nearly nobody appeared to notice when she concluded her Oscar acceptance speech for “American Factory” by cheerfully citing the best-known phrase from Karl Marx and Friedrich Engels’s “Communist Manifesto.”

“We imagine that things will improve,” she said, “when the employees of the world unite.”