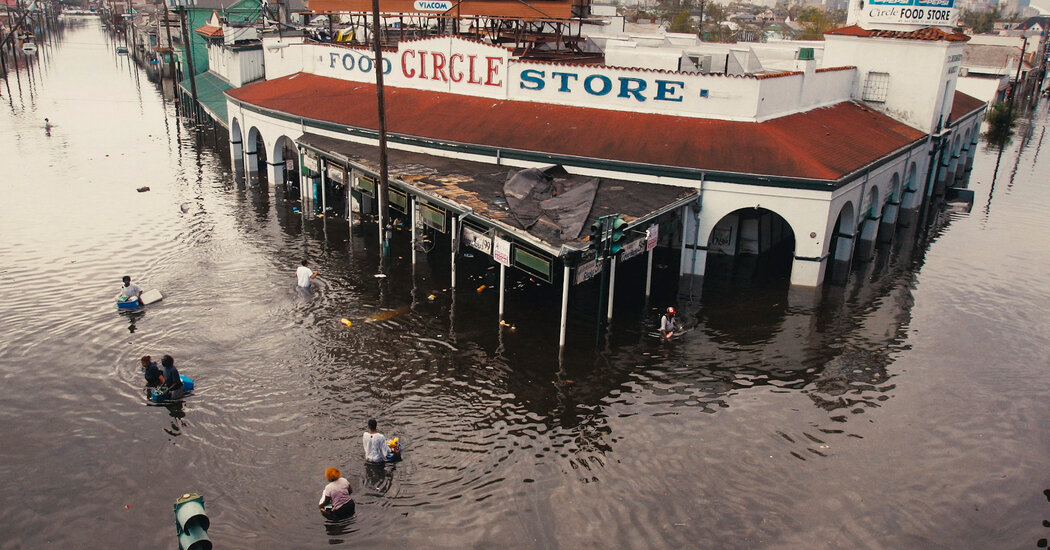 Who gets to make use of the notion of “resilience”? Survivors? Mental health professionals? Individuals who need to have fun it but additionally move on from whatever required that fortitude in the primary place?

The director Edward Buckles Jr. makes a telling point of those tensions in his first film, the revealing documentary “Katrina Babies,” which features Black individuals who were children —— some toddlers, others of their early teens — in 2005, when Hurricane Katrina devastated Recent Orleans. “Because the storm, it looks as if everybody just moved on,” Buckles Jr. says. “In America, especially during disasters, Black children usually are not even a thought.”

The director, who can be credited as a author, knows the topic from his own experience. When he was 13, he and his family evacuated the town before the storm arrived and the levees broke.

“Katrina Babies” is deeply personal and thoughtfully political. The filmmaker recounts the pleasures of cousinhood and family before the hurricane. He and his subjects also tussle with the economic and racial inequities that were exposed and exacerbated by the disaster.

Buckles Jr.’s cousins — whom he celebrates with evocative mixed-media animation (by Antoni Sendra) and, later, with compassionate interviews — didn’t get out on the time. And after they did leave, they didn’t return. So, when you detect in Buckles Jr. a layer of survivor’s guilt, you is perhaps right.

But “Katrina Babies” can be the intimate undertaking of a native son making a space to heal. If the grief (and relief) expressed within the interviews is any measure, Buckles Jr. knows learn how to hearken to people whose experiences could also be harrowingly similar but usually are not equivalent to his own. He pulls off this dance of self-awareness and empathy with impressive humility.