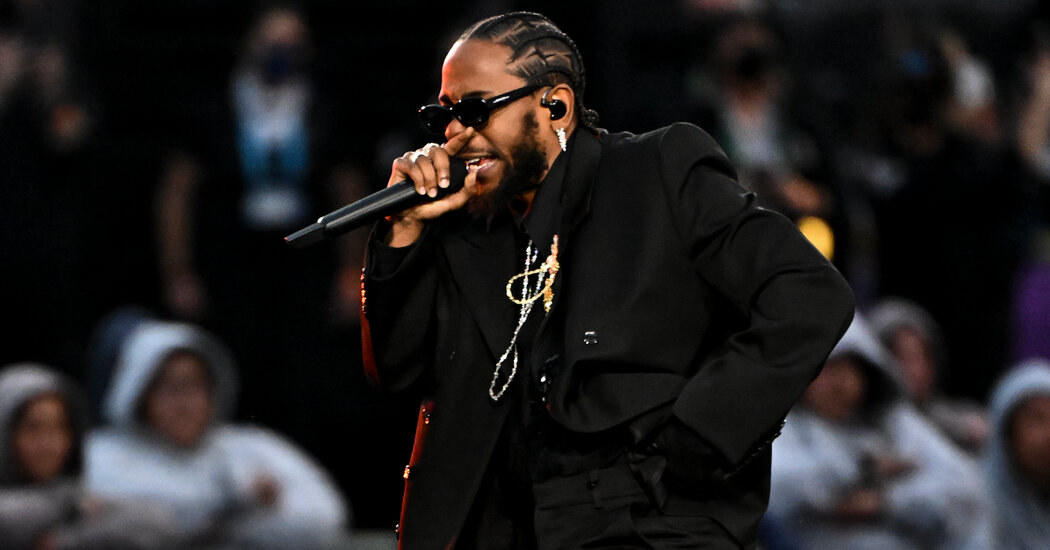 Also in 2018, Lamar and the pinnacle of his record company, Anthony Tiffith (referred to as Top Dawg), were the chief producers of a companion album to the film “Black Panther.” A track from the LP, “All of the Stars,” by Lamar and SZA, was nominated for an Academy Award for best original song. The visual artist Lina Iris Viktor sued, saying her work was used without permission within the track’s video; the lawsuit was settled in late 2018.

Since that eventful yr, Lamar has kept a low public profile, making a handful of guest appearances on other artists’ songs and, last yr, joining the Las Vegas rapper (and his cousin) Baby Keem for 2 songs on Keem’s album “The Melodic Blue,” including the Grammy-winning “Family Ties.” In February, Lamar took the stage on the Super Bowl LVI halftime show alongside Dr. Dre, Snoop Dogg, 50 Cent, Eminem and Mary J. Blige, which put him within the odd position of being either the one relative teenager in a hip-hop oldies show or — performing songs as much as a decade old — perhaps already being a little bit of a throwback himself.

Last Sunday, Lamar released a latest music video, “The Heart Part 5,” as a teaser for “Mr. Morale.” It has a spoken prologue stating “life is perspective” after which shows Lamar’s face melding with those of a series of Black men of various levels of cultural heroism or controversy: O.J. Simpson, Kanye West, Jussie Smollett, Will Smith, Kobe Bryant, Nipsey Hussle. The deepfake effects were created by Deep Voodoo, a studio from the “South Park” creators Trey Parker and Matt Stone, which is planning further projects with pgLang, a latest company founded by Lamar and Dave Free, a longtime collaborator.

The lyrics in “The Heart Part 5” have already been scoured for meaning, as has the image that Lamar shared on Wednesday of the album’s cover, photographed by Renell Medrano. It shows Lamar, in a crown of thorns and with a gun tucked into his waistband, holding a toddler while a lady on a bed nurses a baby, like an allegorical religious painting.

To some extent, those can also function clues for the following stage of Lamar’s profession. “Mr. Morale” can be his last album for Top Dawg Entertainment, or TDE, Lamar’s home because the starting of his profession, which has released his music in partnership with Interscope. He has not announced a latest label deal, but has as a substitute begun latest projects with pgLang, which was announced two years ago as a “multilingual, at service company” that may work on a variety of creative and business projects, from the video for “The Heart Part 5” to a series of recent Converse sneakers.