Kenneth Welsh, Memorable as a Villain on ‘Twin Peaks,’ Dies at 80 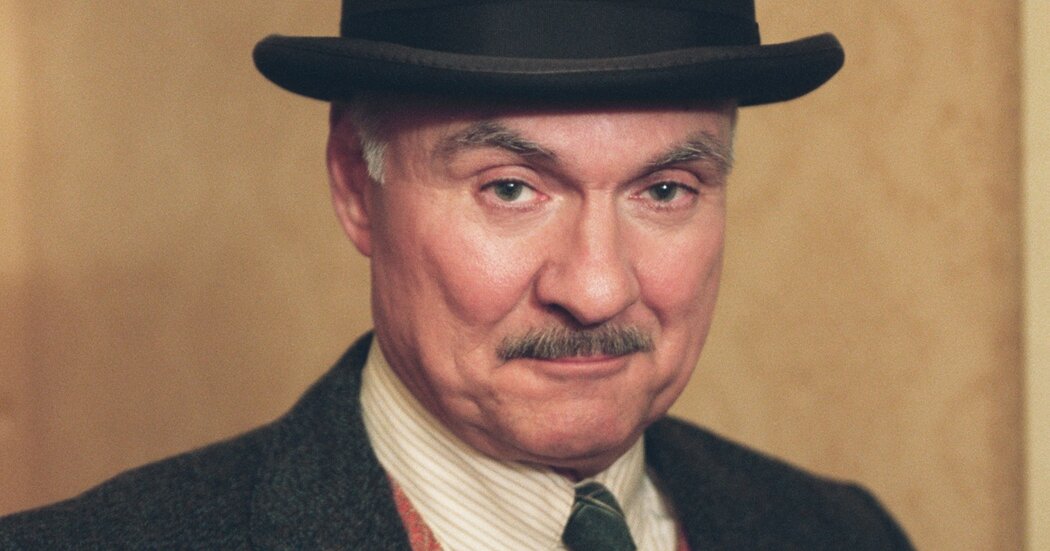 Kenneth Welsh, a prolific Canadian stage and screen actor who was best known for his portrayal of the murderous, unhinged villain Windom Earle on the hit early-Nineties television series “Twin Peaks,” died on May 5 at his home in Sanford, Ontario. He was 80.

His longtime agent, Pam Winter, said the cause was cancer.

The series, created by David Lynch and Mark Frost, follows Cooper as he investigates the murder of the highschool student Laura Palmer within the seemingly sleepy town of Twin Peaks, Wash.

Earle featured in among the darker, more sadistic scenes and story lines in a series that was known for bending genres, mixing horror and surrealism with soapy and sometimes comic elements.

Within the years following its cancellation by ABC in 1991 and its cliffhanger ending, “Twin Peaks” developed a cult following and spawned a prequel film, “Fire Walk With Me” (1992) and returned for limited-series that premiered on Showtime in 2017. Welsh’s character didn’t appear in either project.

Mr. Welsh was solid within the role after visiting the set in Washington State and meeting with Robert Engels, one in every of the show’s producers, and Mr. Frost.

Mr. Welsh said it was he who successfully pitched the thought of getting Earle wear different disguises as he stalked Cooper and various other characters.

Mr. Welsh thrived playing off-kilter characters, like Larry Loomis, the Sovereign Protector of the Order of the Lynx, a dying fraternal order at the middle of “Lodge 49,” a short-lived comedy-drama series seen on AMC in 2018 and 2019.

But in his greater than 240 movie and tv roles, he ranged widely across genres, including sketch comedy (Amazon’s recent revival of “The Kids within the Hall”), science fiction (“Star Trek: Discovery” in 2020), family fare (“Eloise on the Plaza,” a 2003 Disney TV movie) and historical dramas; he played President Harry S. Truman twice, in the tv movies “Hiroshima” (1995) and “Haven” (2001), and Thomas Edison within the 1998 TV movie “Edison: The Wizard of Light,” for which he received an Emmy nomination.

His notable film notable roles included the vice chairman of the US in Roland Emmerich’s “The Day After Tomorrow” (2004), concerning the onset of an ecological catastrophe, and the daddy of Katharine Hepburn (played by Cate Blanchett) in Martin Scorsese’s Oscar-winning “The Aviator” (2004).

Mr. Welsh won five Canadian Screen Awards, 4 for his television work and one for his supporting role within the 1995 film “Margaret’s Museum,” a drama set in a coal-mining town on Cape Breton Island, Nova Scotia. In 2003 he was named a member of the Order of Canada.

Kenneth Welsh was born on March 30, 1942, in Edmonton, Alberta, to Clifford and Lillian (Sawchuk) Welsh. His father worked for the Canadian National Railway for greater than 35 years, and his mother worked at a dress shop.

Kenneth was the inaugural class president at Bonnie Doon Composite High School in Edmonton. He attended the University of Alberta, where he majored in drama, after which the National Theater School of Canada, graduating in 1965.

He went on to rack up many credits on the stage, including, early on, in Shakespearean productions on the Stratford Festival in Ontario. Notably, he starred with Kathy Bates in the unique Off Broadway production of “Frankie and Johnny within the Clair De Lune” in 1987 and was seen on Broadway in Tom Stoppard’s “The Real Thing” (1984), directed by Mike Nichols, and at Lincoln Center in a production of Lillian Hellman’s “The Little Foxes” (1997), with Glenn Close.

His last stage performance was in Dylan Thomas’s “Under Milk Wood” on the Coal Mine Theater in Toronto in 2021.

Drawing on his encyclopedic memory of Shakespeare’s works, Mr. Welsh was a creator, with the composer Ray Leslee, of “Stand Up Shakespeare,” a “motley musical,” because it billed itself, that opened Off Broadway in 1987. The production, also directed by Mr. Nichols, involved audience members, who would suggest Shakespeare characters, scenes or plays for Mr. Welsh to recite from memory. In the next many years he would sporadically revive “Stand Up Shakespeare” as a signature piece in various locations in the US and Canada.

Mr. Welsh’s marriages to Corinne Farago and Donna Haley led to divorce. He’s survived by his wife, Lynne McIlvride, a visible artist, and a son, Devon, a musician, from his first marriage.

In the ultimate phase of his profession, Mr. Welsh shifted his attention to independent projects and young filmmakers. His last film was “Midnight on the Paradise,” a drama directed by Vanessa Matsui, now in postproduction. Alongside Alan Hawco and Liane Balaban, he played the important thing supporting role of a movie critic nearing the tip of his life.

“He was at all times telling the solid and crew funny stories from his life, and he blew us all away together with his performance and style,” she said in an email. “I’ll always remember shooting this one scene with him and Allan Hawco, and you may hear a pin drop since the crew was just so drawn in by his performance. It was one in every of those special, intangible moments on set where you knew you only captured magic.”