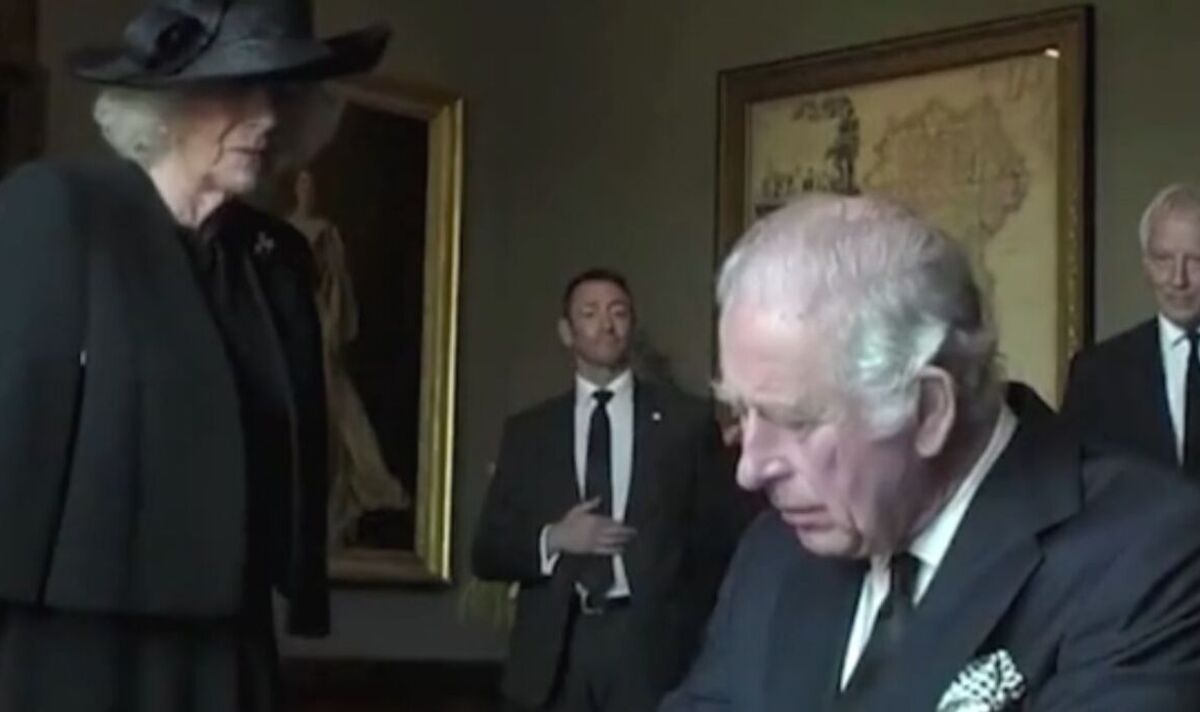 Through the latest reigning monarch’s trip to Northern Ireland earlier this week, viewers saw King Charles III participate in a signing ceremony at Hillsborough Castle. Nevertheless, the brand new king looked as if it would lose his patience and complained when the pen began to leak.

Discussing the moment on his GB News show, Patrick Christys spoke with royal expert Paul Duddridge about how the US has reacted to the moment.

Turning his attention to the response over in america, the GB News host asked: “Why are Americans just queuing as much as tarnish our Royal Family?

“Perhaps some people on this country have gotten it fallacious? Perhaps actually, everyone in America is ‘Team Meghan’?”

“No, not everybody in America is ‘Team Meghan’,” the expert insisted. “And the Recent York Times if it’s any comfort spends most of its time trashing america as well.

“Once I was growing up, the Recent York Times was the newspaper of record for america and can be treated as a venerable institution. It has sold its soul to the wokery.

“It really has lost all credibility amongst the mainstream reader, in the event you like.”

Discussing how the US has reported on King Charles’ pen incident, Paul said: “I used to be picking up a news feed coming in and the Americans have truthfully picked up… the news goes lots with the pen incident.

“That form of manners and petulance is breaking through,” he added.

Paul also discussed the response to Prince Harry and Meghan Markle’s hand-holding when paying their respects.

“But in accordance with an authority, they were saying that principally, Meghan and Harry are entitled to carry hands in the event that they want,” the host continued.

“So just talking a bit of bit about this, public, quote-unquote, scrutiny or outrage or whatever it was.

“Do you think that it was an attempt by Harry and Meghan to steal the show once more?”

“I do not think so,” Paul replied before adding: “I’m very much not within the Sussexes’ camp, but it surely does feel like a little bit of a reach to complain a couple of married couple holding hands on the service for the late Majesty.

“It just seems really unlucky that they are being targeted in such a way, and like I said, I’m I would not even call him Harry.

“I call him Henry because Harry’s an affectionate nickname, so I’ve got no truck with them in any respect.”

GB News airs day by day from 6am.