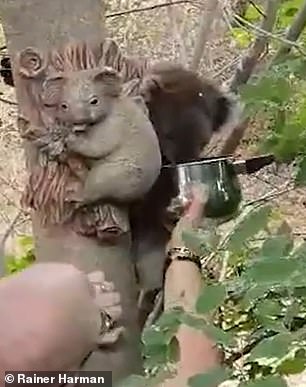 By Ashley Nickel For Each day Mail Australia

A thirsty koala searching for refuge in a suburban backyard made friends with the residents’ lookalike koala tree decoration.

Rainer Harman said he and his family noticed a tired-looking koala sitting at the bottom of a tree within the backyard of their northeast Adelaide home on Tuesday.

He said the koala was timid at first but accepted help from the family once it saw the opposite ‘koala’.

‘Once the entire family gathered around to take a look, she climbed up a bit, obviously being very drained,’ Mr Harman told Nine News. 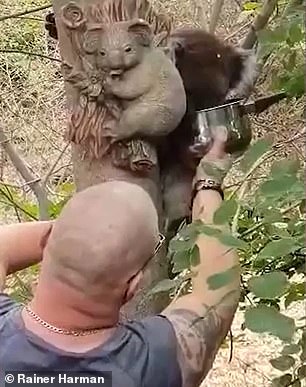 A member of the family filmed while Mr Harman gave the koala water from a saucepan.

After just a few minutes of drinking, the fluffy visitor let Mr Harman pat it.

‘After she satisfied her thirst – she drank quite a bit – she climbed up a bit higher, found a comfortable spot and went to sleep,’ he said.

The family said it was a ‘treat’ to get so near the ‘thirsty visitor’. 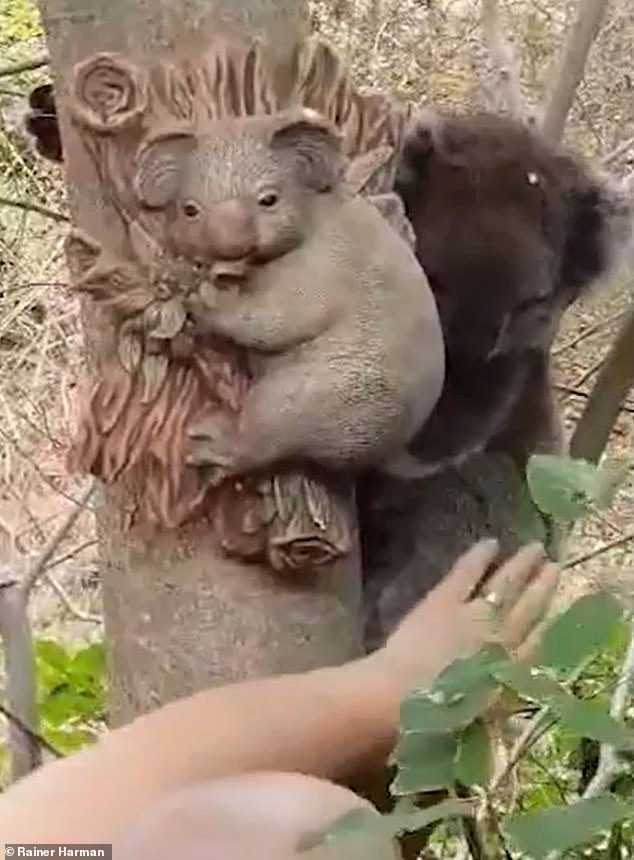 The lovable moment got here concurrently the NSW Labor Party announced a plan to determine a Great Koala National Park on the state’s mid north coast ahead of the NSW election in March.

NSW Opposition leader Chris Minns said the plan was designed to assist save the marsupials, with Australian wildlife experts claiming the animal is vulnerable to becoming extinct by 2050.

Labor said it will spend $80 million to create the sanctuary inside existing national parks and state forests between Kempsey and Grafton.