L.Q. Jones, Who Played Heavies With a Light Touch, Dies at 94 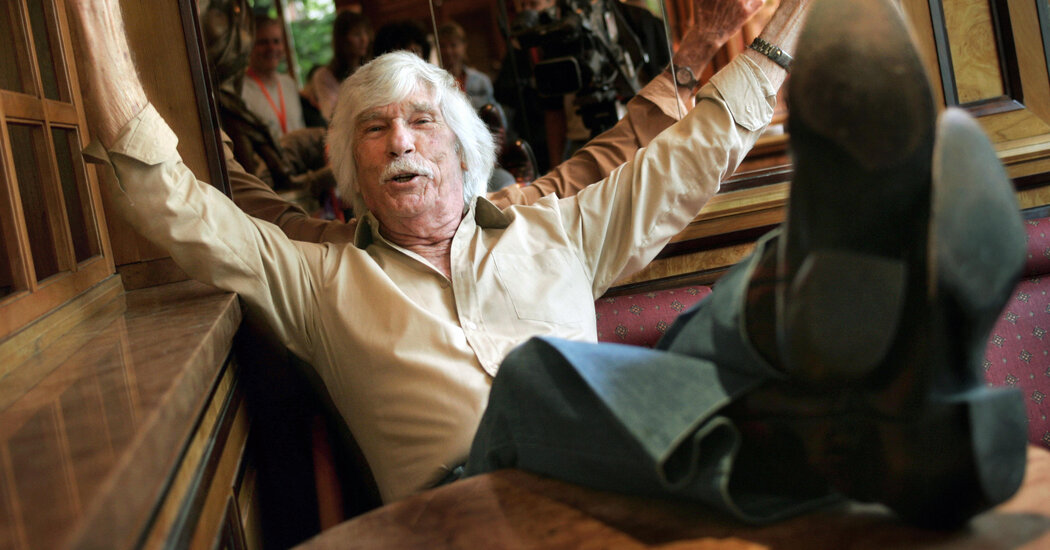 L.Q. Jones, a hirsute, craggy-faced, swaggering Texan who guilelessly played the antihero in some 60 movies and dozens of television series, died on Saturday at his home within the Hollywood Hills area of Los Angeles. He was 94.

His death was confirmed by his grandson Erté deGarces.

A former stand-up comic, Mr. Jones also tried his hand as a bean, corn and dairy rancher in Nicaragua and once described himself as “but several hours away from three degrees — one in law, one in business, one in journalism” on the University of Texas.

But he was lured to the Warner Bros. studios when a university roommate, Fess Parker, the actor who later played each Daniel Boone and Davy Crockett, persuaded him to audition for a minor role within the 1955 film “Battle Cry,” directed by Raoul Walsh and adapted from Leon Uris’s novel.

Mr. Parker sent him a duplicate of the book and a map with directions to the Warner lot. Mr. Jones was solid in two days.

Billed as Justus E. McQueen (his birth name), he made his first appearance onscreen because the movie’s narrator introduced a bunch of all-American Marine recruits being shipped by train as well camp. The camera then panned to a personality named L.Q. Jones.

“Then, abruptly, the narrator’s voice drops to the scornful tone of a Tenth-grade math teacher doling out detention,” Justin Humphreys wrote in “Names You Never Remember, With Faces You Never Forget” (2006).

“‘There’s one in every group,’ he tells us, as we see L.Q. mischievously giving one among the opposite soldiers-to-be a hotfoot,” Mr. Humphrey added. “There might have been no more perfect starting to L.Q. Jones’s profession in the flicks. The word that best sums up his overriding screen persona is hellion.”

The actor pirated the character’s name for his own subsequent screen credits. From then on, Justus McQueen was L.Q. Jones.

Mr. Jones joined the director Sam Peckinpah’s stable of actors, appearing in “Ride the High Country” (1962), “Major Dundee” (1965) and “The Wild Bunch” (1969), wherein he and his fellow character actor Strother Martin play rival bounty hunters and, because the studio described their manic competition for the very best body count, “bring their depraved characters to life with a childish energy.”

Mr. Jones was also continuously seen within the stampede of westerns that arrived on TV within the Fifties and ’60s, including “Cheyenne,” “Gunsmoke,” “Wagon Train” and “Rawhide.” His movies included the 1968 westerns “Hang ’em High,” wherein he slipped a noose around Clint Eastwood’s neck, and “Stay Away, Joe,” with Elvis Presley. Amongst his other screen credits were Martin Scorsese’s “Casino” (1995) and Robert Altman’s “A Prairie Home Companion” (2006), his last film.

Mr. Jones directed, produced and helped write “A Boy and His Dog” (1975), a dark post-apocalyptic comedy starring Don Johnson and Jason Robards, based on the book of the identical name by Harlan Ellison.

“‘A Boy and His Dog,’ a fantasy concerning the world after a future holocaust, is, kind of, a beginner’s movie. It has some good ideas and a few terrible ones,” Richard Eder wrote in his Recent York Times review.

“That is the second film directed by L.Q. Jones, higher often called an actor,” Mr. Eder continued. “It is just not really successful, but I hope he goes on directing.”

He didn’t. “A Boy and His Dog” acquired a cult following, but Mr. Jones returned to what he did best. He preferred the independence of selecting the villainous roles that appealed to him, and that measured his success, to the prospect of directing another person’s script and wrangling larger-than-life egos.

“I actually have a certain presence,” he explained. “I play against that presence loads of times, and that’s of a heavy that is just not crazy or deranged — although we play those, in fact — but somewhat someone who’s a heavy because he enjoys being a heavy.”

“It’s really hard to say what they’re searching for once they pick me,” Mr. Jones said. “Plenty of times your heavy is just not that well presented within the script. Most times he’s too one-sided. So we search for things to bring to being a heavy: a certain softness; a vulnerability that makes him human; a quiet moment when he’s a screamer more often than not; a glance; the way in which he dresses; the way in which he walks right into a room.”

Mr. Jones was born Justus Ellis McQueen Jr. on Aug. 19, 1927, in Beaumont, Texas. His father was a railroad employee; his mother, Jessie Paralee (Stephens) McQueen, died in a automotive accident when he was a baby. He learned to ride a horse when he was 8.

After graduating from highschool, he served within the Navy, attended Lamar Junior College and Lon Morris College in Texas, and briefly attended the University of Texas at Austin.

His marriage to Sue Lewis led to divorce. Along with his grandson, his survivors include his sons, Randy McQueen and Steve Marshall, and his daughter, Mindy McQueen.

Mr. Jones appeared to measure success less by his checking account (he once described himself as “independently poor”) than by skilled gratification. But he had a humorousness about it.

“I’m around somewhere, probably just counting my money,” the message on his telephone answering machine said. “After I get through, if I’m not too drained, I’ll return your call.”