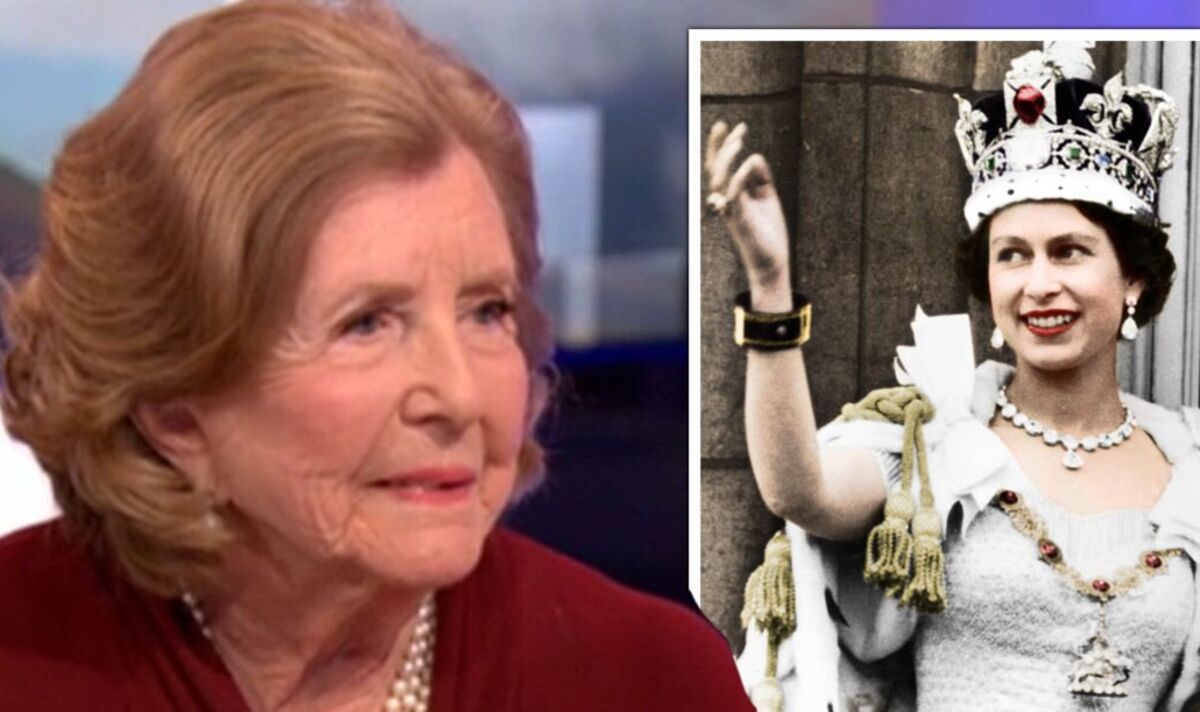 On Monday’s episode of BBC’s The One show, hosts Jermaine Jenas and Lauren Laverne spoke to Lady Anne Glenconner about her upcoming book. During their chat, they spoke about Queen Elizabeth’s coronation, for which she was maid of honour. Lady Glenconner revealed the witty comeback the monarch made during her rehearsal.

Welcoming Lady Anne Glenconner onto the show, host Jermaine Jenas desired to know what it was like behind the scenes on the day of Queen Elizabeth’s coronation.

The 90-year-old, who served as a maid of honour on the day, confessed that they only had one rehearsal along with her before the day itself.

Speaking in regards to the run-through, Lady Glenconner stated that they had gone to Buckingham Palace to practise with Her Majesty.

She said: “The Queen wore a type of curtain round her middle and wandered up and down.

The guest shared that after Queen Elizabeth made that comment they then went off for the ceremony to proceed.

Lady Glenconner shared she’s the one one who was on the coronation to have written about it, which she found interesting.

Elsewhere within the interview, she touched on knowing King Charles III since he was a boy and revealed her mother taught him to drive and her father taught him find out how to fish and shoot.

She added he would stay along with her parents if he got mumps or measles whilst at boarding school in order that the Queen didn’t catch them.