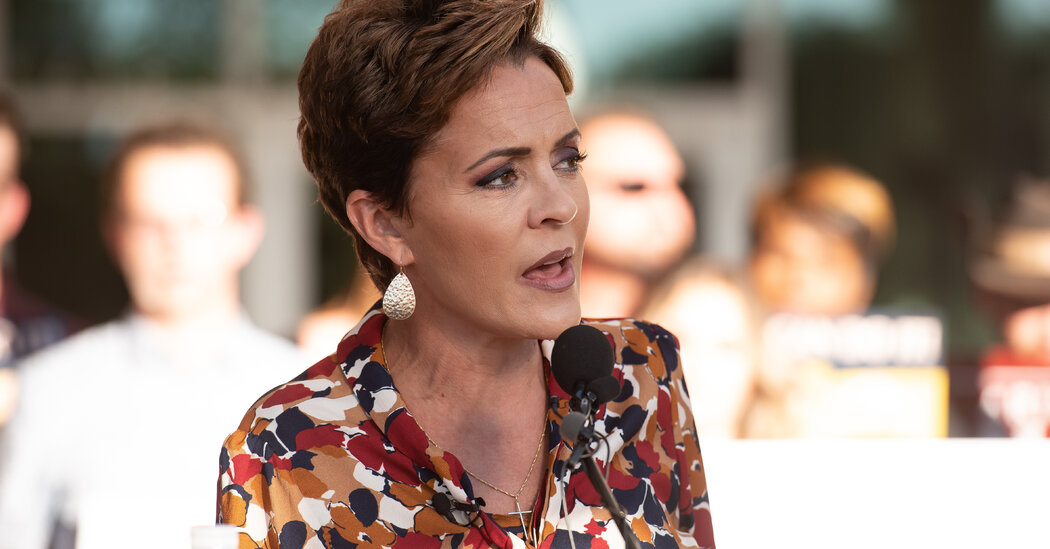 Ms. Hobbs also reiterated her support for abortion rights. When asked if she supported “any legal limits” on abortion, she didn’t endorse any, noting that abortions late in pregnancy were very rare and saying, “Politicians don’t belong in those decisions.”

Ms. Lake, who has campaigned on guarantees of an immigration crackdown, was asked whether she believed the USA had a responsibility to simply accept asylum seekers fleeing political violence.

Evan McMullin, an independent candidate, is posing an unexpectedly strong challenge to Senator Mike Lee, Republican of Utah, though Mr. Lee continues to be favored. In an interview on NBC’s “Meet the Press,” Mr. McMullin said unequivocally that he wouldn’t caucus with either party, even when his affiliation made the difference between a Democratic or Republican majority.

Mr. McMullin, who also ran for president as an independent in 2016, said that his campaign was constructing a “coalition” of support across party lines and that he had made a commitment to that coalition to “maintain my independence.”

The host, Chuck Todd, pressed him multiple times, first asking whether that commitment would extend through all six years of a Senate term after which asking twice whether his pondering would change if party control were on the road. His responses were consistent.

“I won’t caucus with Democrats or Republicans,” he said. “I’m going to take care of my independence because I feel our country needs that, and positively our state needs that. I’ve made that commitment, and for party bosses and others in Washington, they’re going to need to determine what this implies for them.”