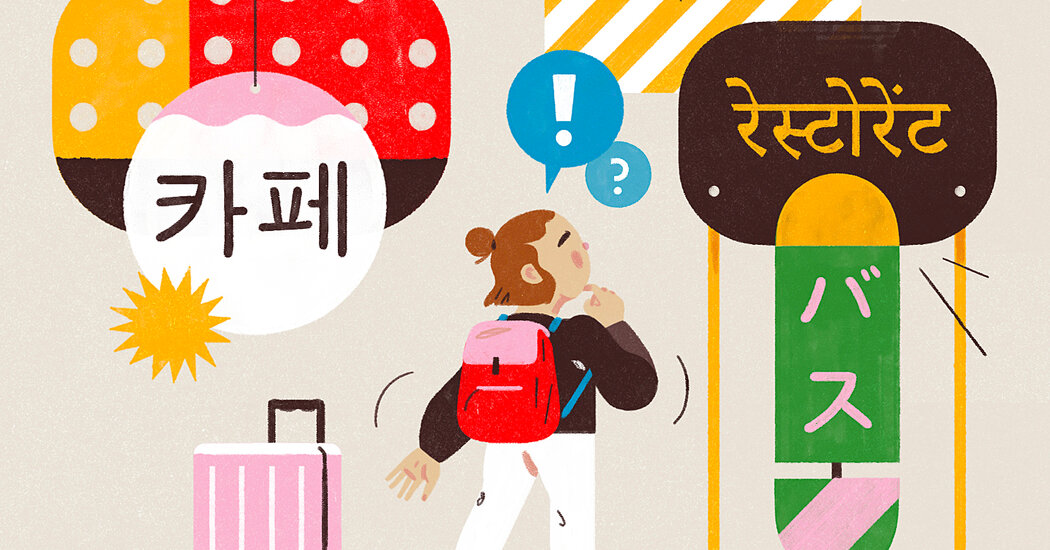 Google Translate and Papago offer character drawing, but Google had an annoying habit of inputting a personality before you’ve finished fully drawing — which puts you right into a somewhat frantic race against time, and may seriously change meanings. (An initial translation for the Korean for “How much is it?” got here out as “Is it frozen?”)‌

Regardless, to commit to character drawing is to join a while spent scribbling in your palm. The method works more easily for easier scripts like Japanese hiragana and katakana, and is more involved for Chinese and a few Korean hangul. (Those traveling to Taiwan should do not forget that Traditional Chinese characters are the usual, that are much more complex.)

The kinetic strategy of handwriting in these apps might be good for an intermediate or advanced language learner, who might need to learn characters in a more energetic way while traveling. Those learners can try Pleco (for Chinese) and Kanji Recogni‌zer (for Japanese, Android only), that are essentially dictionary apps and supply more detailed translations and shades of meaning.

‌A useful tip: Some smartphones even have handwriting as an installable option of their keyboard settings. So while Microsoft Translator, for instance, doesn’t have handwriting functionality, you’ll be able to just use your keyboard to attract characters into its standard text translate field, and it would work just the identical.

For many who prefer to speak, speech-to-text (and text-to-speech) is obtainable on lots of these translation apps, including Google Translate, Microsoft Translator, Papago and Pleco.

The app SayHi — which has Cantonese, Hindi or Thai, amongst other languages — makes a speciality of voice and audio, and may ‌play ‌your translation in a person or woman’s voice and vary the speed. It also keeps a history of all of your translations, so you’ll be able to replay a phrase you utilize often, like “I’m allergic to seafood!” It even has a conversation mode: You choose two languages, set the phone down between two people, and take turns speaking forwards and backwards.

Overall, Google and Microsoft worked wonderful, but would often halt after 5 – 6 seconds while Say Hi routinely managed 20 to 30 seconds at a time. This extra listening time is usually crucial to catch the half-sentences, or general confusion of a live voice translation.