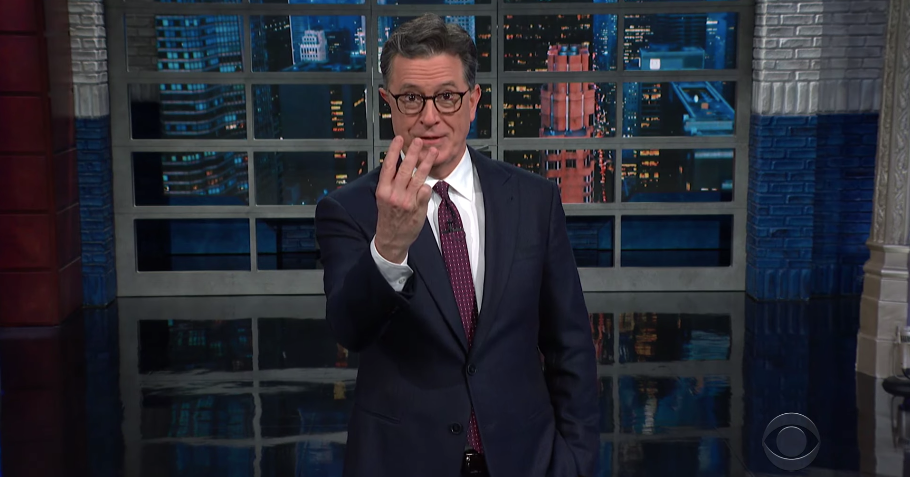 “You recognize it’s a nasty sign when Kanye West is just the third most controversial person at your dinner table.” — JIMMY KIMMEL

“Now, just in case ‘Holocaust denier’ doesn’t get the purpose across, Fuentes will not be guy. He has spread antisemitic conspiracies, he is taken into account a white supremacist by the Anti-Defamation League, attended the Unite the Right in Charlottesville in 2017 and the Stop the Steal rally on Jan. 6. That’s the alt-right EGOT, as in, EGOT zero hugs as a toddler.” — STEPHEN COLBERT

“When news got out about this Nick Fuentes guy and the ex-president began getting a whole lot of criticism, he put out an announcement saying, ‘Our dinner meeting was intended to be Kanye and me only, but he arrived with a guest whom I had never met and knew nothing about.’ OK, unsure ‘I used to be only scheduled to have dinner with one famous antisemite’ is the defense he thinks it’s.” — STEPHEN COLBERT

“Simply to recap, Kanye West went to Mar-a-Lago to have dinner with Donald Trump, which appears like the start of a joke. And as his plus one, he brought a well known white supremacist/Holocaust denier, and Trump claims he didn’t learn about that. And if he didn’t know, which is worse: Having the guy over for dinner or having no idea you’re letting a racist random right into a house that was, until very recently, stuffed with unguarded top secret documents?” — JIMMY KIMMEL

“This dinner was a multicourse tasting menu of crazy, but we don’t know exactly what happened, since it’s turn out to be an actual ‘he said, Ye said.’” — STEPHEN COLBERT

“For example, Kanye plans to run for president again, and after the meal, he claimed, ‘I believe the thing that the ex-president was most perturbed about, me asking him to be my vp.’ What?” — STEPHEN COLBERT