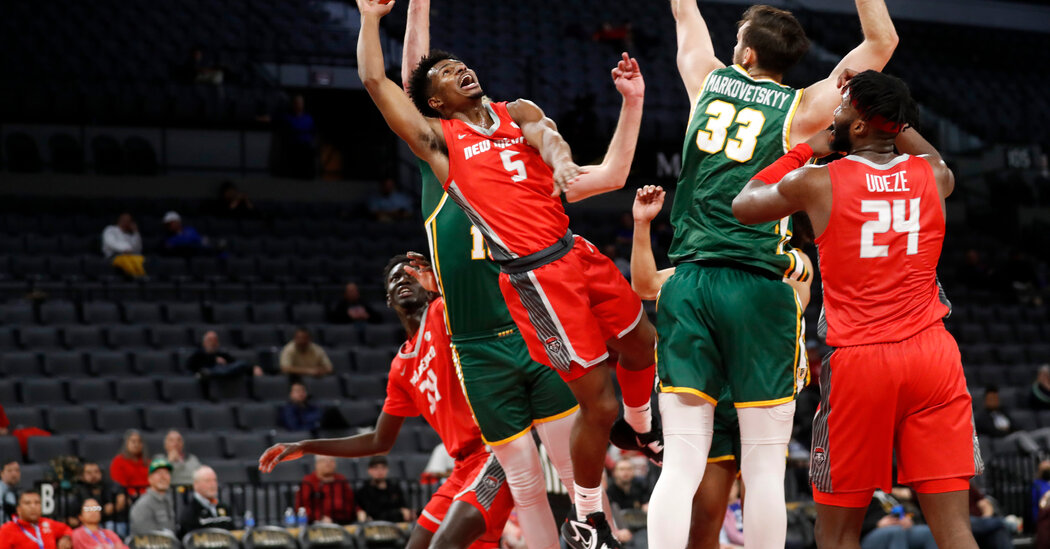 After No. 1 Purdue lost on Monday night at home to Rutgers, 65-64, just one unbeaten men’s Division I team stays. It’s a team you almost certainly haven’t heard much about: Latest Mexico.

Despite its gaudy 14-0 record and its Pitino coach, Latest Mexico is on nobody’s list of national championship contenders. Why? Because its victories have come over numerous bad teams.

While most top teams have tested themselves against at the very least a couple of strong opponents, Latest Mexico has mostly faced cupcakes.

The lone exception was an excellent 69-65 road victory over a superb St. Mary’s team (12-4). A minimum of some credit must be given for wins over Iona (10-4) and San Francisco (11-6) as well. But after that, Latest Mexico’s schedule to date is a gentle dose of teams like Prairie View A&M (5-9), North Dakota State (4-11), Northern Colorado (5-9) and Division II Western Latest Mexico.

The Associated Press rating released Monday, before Purdue’s loss, put Latest Mexico only at No. 21. Some computer rankings put the team even lower: Jeff Sagarin has it at No. 52. ESPN’s Bracketology projects Latest Mexico as only a seventh seed within the N.C.A.A. tournament, rating it between 25 and 28 nationally. Not very high praise for the one team that has not yet lost.

Richard Pitino, son of the famous coach Rick, took over Latest Mexico last season and finished 13-19. However the transfers Morris Udeze (Wichita State) and Josiah Allick (University of Missouri-Kansas City) and the returning Jamal Mashburn Jr., son of the N.B.A. player, and Jaelen House meant improvement was expected. Because it turned out, the pieces fit, helped by the relatively weak schedule.

“I assumed we can be improved, but probably not sitting here like this,” Pitino said this week.

(For those with shorter memories, Jamal Mashburn Sr. played for Rick Pitino at Kentucky.)

It’ll get tougher for Latest Mexico this season in conference play, when teams don’t get to select their opponents. Tuesday night’s game is at Fresno State, which is 5-8. But Latest Mexico is just a 4-point favorite.

If the Lobos survive that game and one against U.N.L.V. on Saturday, they may take an unbeaten record right into a Jan. 9 nonconference game at home against Oral Roberts, which could pose problems. Then comes a Jan. 14 game at San Diego State, and that could be the top of the road for the right record: Sagarin rates S.D. State (11-3) 24 spots above Latest Mexico. Boise State and Utah State must also give Latest Mexico trouble within the Mountain West.

History doesn’t necessarily favor the Lobos. Last season’s final unbeaten team, Baylor, lost for the primary time on Jan. 11. It lost 4 more times within the regular season, lost in the primary round of the Big 12 tournament, then lost as a top seed to eighth-seeded North Carolina within the N.C.A.A.s.

Only twice this century has the last unbeaten team gone on to win the national title, Virginia in 2018-19 and Florida in 2005-6.

As for Latest Mexico, will it get its first N.C.A.A. berth since 2014? Sure, it has an excellent probability. A serious tournament run? Don’t count on it.