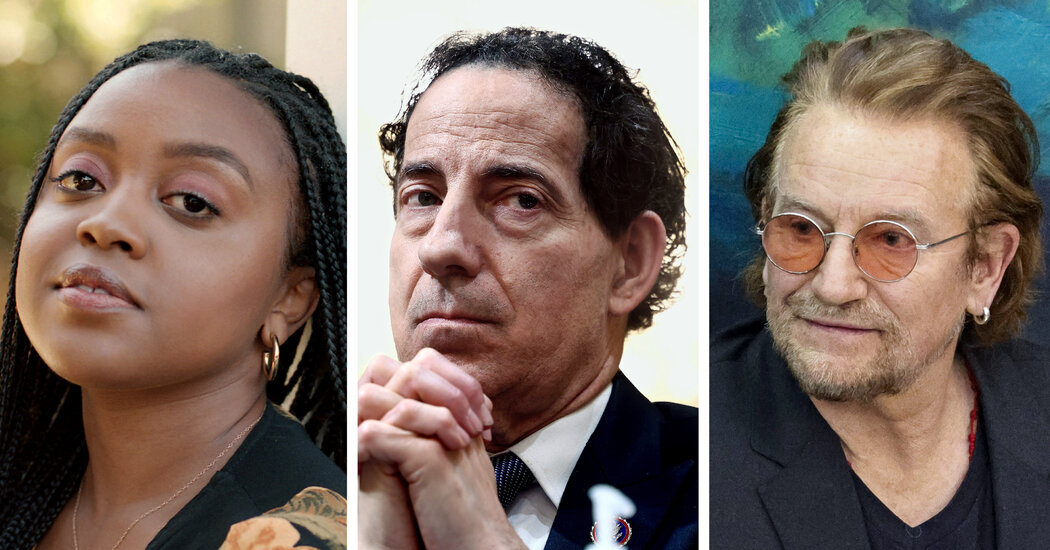 Bono, the Irish rock star and more recently the motorbike-riding lion in “Sing 2,” can be in conversation with The Latest Yorker’s editor, David Remnick, about his recent memoir and his many years as an activist and musician. The book, “Give up: 40 Songs, One Story,” can be released in November.

“Like so many memoirs that I’ve read, probably the most intriguing part is how someone becomes himself or herself,” Remnick said in an interview.

Quinta Brunson, who plays the chirpy yet clumsy elementary school teacher in “Abbott Elementary,” will speak with the magazine’s television critic, Doreen St. Félix. And Chloe Bailey (of the R&B sister duo Chloe x Halle) will perform live on the festival after a conversation.

Remnick said that politically driven conversations might be had by artists, authors and actors, in addition to lawmakers. Raskin, a Democrat of Maryland and a member of the Jan. 6 House select committee, together with three of the magazine’s writers, will join a live taping of The Latest Yorker’s “The Political Scene” podcast.

The political conversation will proceed with a discuss Asian American culture and representation, with the chef David Chang, the filmmaker Lee Isaac Chung, the author Min Jin Lee and the actor Sandra Oh. And the climate activists Sara Blazevic and Molly Burhans, and the climate expert Leah Stokes, will delve into the long run of the environment.

“All of those people in cultural life are also in some ways connected to the political,” Remnick said.

The author Chimamanda Ngozi Adichie will return to the festival, where Hari Kunzru, Elif Batuman, Gary Shteyngart, Rachel Kushner and Ottessa Moshfegh will even appear.

As for comedy, Molly Shannon and Vanessa Bayer, the actresses and comedians who star within the Showtime series “I Love That for You,” will chat with Susan Morrison, an editor on the magazine. And the comedians Hasan Minhaj, Phoebe Robinson, Billy Eichner and Jerrod Carmichael will even take part in festival conversations, together with the administrators Stiller, the duo Daniels, Sharon Horgan and Maggie Gyllenhaal.

Remnick said that with the return to theaters and the arrival of vaccine boosters, he feels confident sharing a room with readers, thinkers and performers, and the festival will hold select events virtually.

“A part of cultural lifestyle was taken from us, and now it’s bounced back,” he said.

A full lineup is accessible at newyorker.com/festival.