Lend Me a Jukebox Opera. Yuks and Tenor Required. 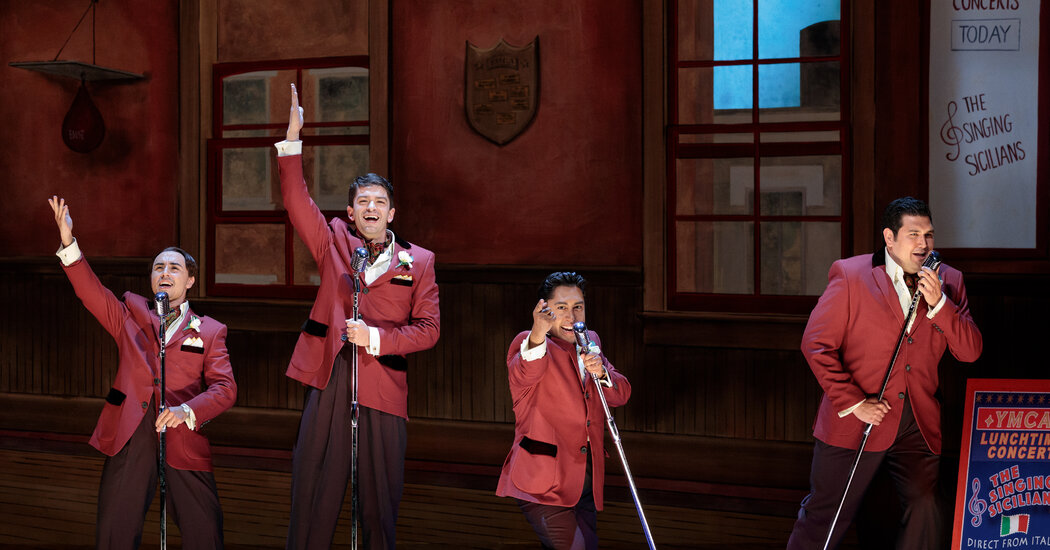 Comic operas are inclined to be crowd-pleasers: Finally, a break from all of the tragic deaths and doomed lovers. The issue is there aren’t that many to select from. Opera firms can program “Così Fan Tutte,” “Il Barbiere di Siviglia” or “L’Elisir d’Amore” and a handful of others only so repeatedly.

So Francesca Zambello, the artistic and general director of the Glimmerglass Festival, got here up with a novel idea. “I just said, ‘Let’s do a Rossini comedy that doesn’t exist yet,’” she said in a recent video conversation.

In other words, a jukebox opera — “Tenor Overboard,” which is to have its premiere on the festival, in Cooperstown, N.Y., on Tuesday and run through Aug. 18.

While the jukebox format is common enough on Broadway, it is way rarer in opera houses. Baroque opera lends itself to the genre higher than most styles, from the “pasticcio” of yore, which recycled pre-existing works, to “The Enchanted Island” in 2011, a Metropolitan Opera commission wherein the librettist Jeremy Sams inserted music by Handel, Vivaldi, Rameau and others right into a plot borrowed from Shakespeare plays.

Undaunted by this relative dearth, or perhaps stimulated by it, Zambello called the playwright Ken Ludwig last summer to ask if he can be fascinated by writing the libretto for the project. He was candidate on two counts: He wrote the book for “Crazy for You,” the Tony-winning Gershwin jukebox musical, and his most famous play, “Lend Me a Tenor,” is a farce involving an opera star within the Nineteen Thirties. (His latest “Lend Me a Soprano,” with lead female characters in the identical basic plot, opens on the Alley Theater in Houston in September.)

Ludwig, an opera buff, jumped on the chance to collaborate, form of, with Rossini. He decided to set “Tenor Overboard” within the Forties and to cram it with what he called “the nice tropes of comic opera.”

“Often they’re stories about love that may’t be fulfilled since the older generation is attempting to stand in the best way of the sexual urges of the younger generation: ‘You may’t marry that boy,’” he said in a video chat. “I also wanted a storm — they often change the story, as they did in ‘Barber of Seville’ and ‘The Italian Girl in Algiers.’”

Ludwig cooked up a story involving two Latest York sisters, Gianna (Reilly Nelson) and Mimi (Jasmine Habersham), attempting to escape their domineering father and an arranged marriage for Mimi. They find yourself joining — in cross-dressing disguise, a narrative device beloved by Shakespeare, opera and screwball comedy alike — an all-male quartet called the Singing Sicilians on a ship sailing to Sicily. Naturally, mayhem ensues.

“Tenor Overboard” relies more on theatrical dialogue than on the standard operatic recitative, so Ludwig’s libretto needed to be fairly extensive — and funny. “Rossini has given you moments that clearly land comically because he was such a comic book genius,” Ludwig said he told the singers. “And I’ve tried to put in writing a libretto that’s comic in the identical way, and in the identical way my plays normally have that sense of rhythm.”

Ludwig also retooled the supertitles that accompany the arias, that are sung in Italian, trying to provide a few of them “rhyme and rhythm,” as he put it. “Opera supertitles do must convey to people something and you would like people to be taking a look at the stage,” said Zambello, who’s directing the production with Brenna Corner, “but these even have a bit of bit of additional Ludwig humor.”

After a general synopsis had been agreed upon, the toughest part was still to return: It needed to be crammed with music — which, ultimately, got here from 15 different sources.

“We desired to be absolutely sure that we weren’t just rehashing famous arias of Rossini,” Joseph Colaneri, Glimmerglass’s music director, said on Zoom. “Yes, we have now the ‘Barbiere’ duet, but we wanted this piece to also represent lesser-known music by Rossini.”

Colaneri became part detective, tracking down obscure versions of obscure operas online and in libraries, and part MacGyver, adapting some vocal scores to make them work of their latest context. The text of the “Barbiere” duet, “Dunque io son,” that Colaneri referred to, for instance, was barely adjusted to make sense within the story. And since Ludwig’s predominant couple is made up of a mezzo and a baritone (a nod to “Dunque io son”), some transposing was required — Rossini tended to pair a tenor and a soprano for the love duets of his comic operas.

One other challenge was the scene introducing the Singing Sicilians, whom we first meet at a Y.M.C.A. — because why not? Colaneri checked out male quartets in Rossini operas but couldn’t find anything suitable. So he turned his attention to short pieces the composer wrote for “soirées musicales” after he stopped writing operas, and spotted the patter song “La Danza” (recorded by Luciano Pavarotti, amongst others).

Colaneri had to put in writing a vocal arrangement for 2 tenors, a baritone and a bass — and more. “It has to work again within the second act because two of the lads are replaced by the 2 women who’re in disguise as men,” he said. “They’re singing in the feminine range, but I designed the piece in order that it could work with mixed vocal styles.”

“Some people would say, ‘How are you going to transpose Rossini?’” Colaneri said. “But Rossini did this himself on a regular basis.”

For Act 2, Colaneri had to seek out a basso buffo aria for the sisters’ father, Petronio (Stefano de Peppo). As an alternative of the favored “A un dottor della mia sorte,” from “Il Barbiere,” he selected “Io, Don Profondo” from “Il Viaggio a Reims” (an opera Rossini himself had harvested for parts, reusing a few of it in “Le Comte Ory”). “To me, it’s the best of those buffo arias,” Colaneri said. “Rossini sort of went excessive with it. We knew we were going to have Stefano and that he would find a way to tug it off.”

Colaneri and his solid also needed to cope with the vocal embellishments and ornamentation which are a part of performing Rossini. The conductor suggested that the singers hearken to Ella Fitzgerald’s live version of “How High the Moon” for an example of masterful improvisation, which he described as “harmonically off the charts.” He also worked closely with them to give you ornamentations that fit their register and roles. “You may’t write ornamentation for somebody until you hear what they will do,” Colaneri said. “You could have to sort of suss that out.”

As with most comedies, speed and timing are of the essence onstage and even off — “Tenor Overboard” was hatched in a few 12 months. “Rossini wrote his operas sometimes in a month so why shouldn’t we?” Zambello said.

Fans must be reassured that they may laugh with Rossini, not at him. “We’re searching for to perform these pieces with all of the musical integrity crucial to make them come off,” Colaneri said. “We’re taking all of it musically very seriously, and putting a spin on it.”

Still, it’s clear that Zambello wants this work, a part of her last season as the top of the Glimmerglass Festival (she stays the artistic director of the Washington National Opera), to be unabashedly festive. “It’s Italy, Sicily, food — things that folks love.”

When asked if she was willing to embrace Ludwig’s love of farcical shenanigans and have someone hurl a plate of spaghetti for fun, Zambello smiled. “I’m resisting that,” she said. “But I feel it’s going to work its way in.”