Leonard Peltier To Joe Biden: ‘I’m Not Guilty. I Would Like To Go Home.’ 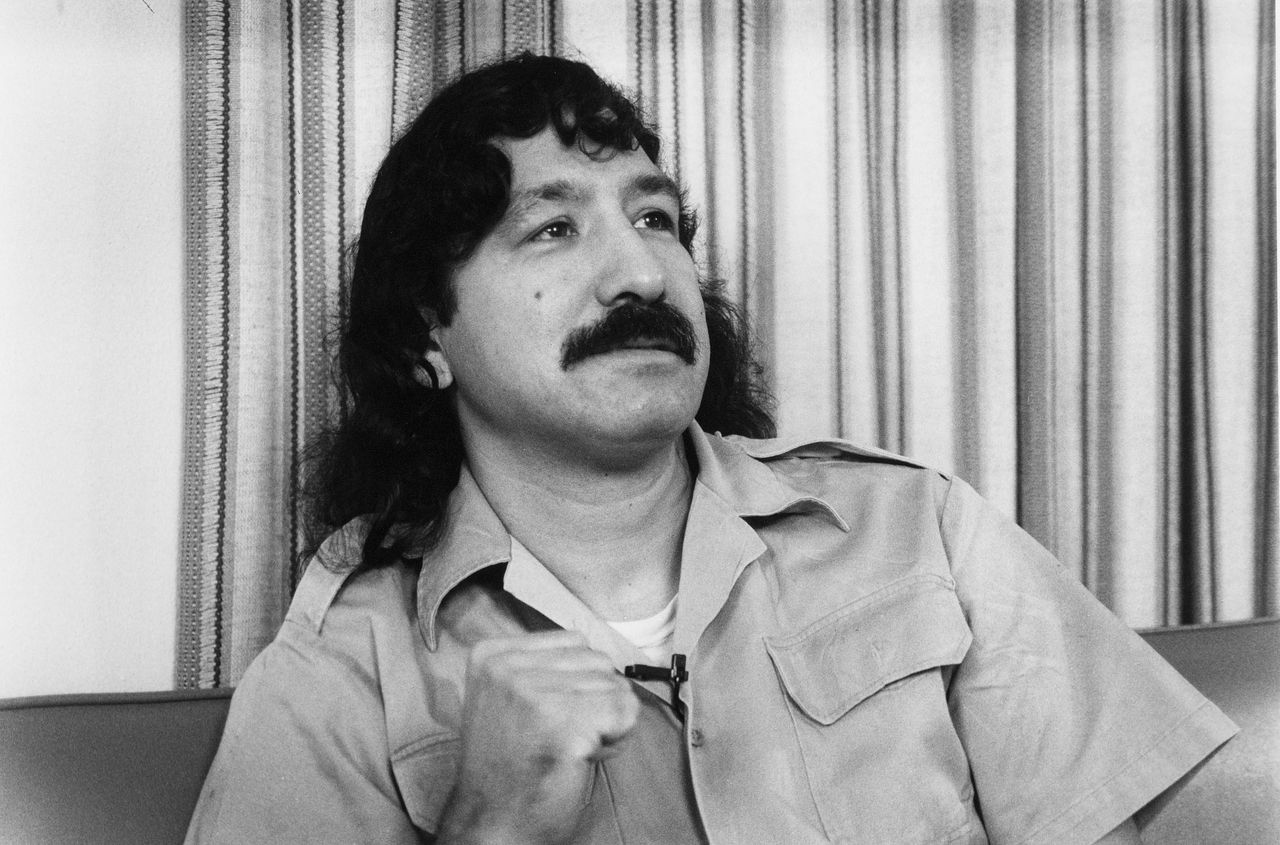 Leonard Peltier knows his time is running out.

The Native American rights activist is 77, has serious health issues, just survived an unpleasant bout with COVID-19 and is now serving his forty sixth 12 months in federal prison ― where the U.S. government put him with none evidence that he committed against the law.

Peltier and his supporters are holding out hope that President Joe Biden will finally send him home. Because, if anything has grow to be clear with time, it’s just how troubling Peltier’s imprisonment has been from the beginning. Prosecutors in his trial hid key evidence. The FBI threatened and coerced witnesses into lying. A juror admitted she was biased against Native Americans on day two of the trial, but was allowed to remain on anyway.

Even a number of the same U.S. government officials who helped put Peltier in prison in the primary place have since admitted how flawed his trial was and the way horribly the federal government has long treated Native Americans, and so they have urged clemency for him.

There may be reason to consider that Biden could, ultimately, give Peltier his freedom. He has already demonstrated a willingness to handle past injustices against Native Americans. Since taking office, Biden has made it a priority to look at the federal government’s ugly history of Indian boarding schools, to guard sacred Indigenous sites and cultural resources, and to handle the crisis of missing and murdered Indigenous women. He also canceled the Keystone XL oil pipeline, a serious win for tribes and environmentalists.

Biden also selected Deb Haaland to guide his Interior Department, making her the nation’s first Indigenous Cabinet secretary. Haaland strongly advocated for Peltier’s release from prison in her former role as a member of Congress.

In November, HuffPost pressed Haaland on whether she still supports Peltier’s release in her role as interior secretary and whether she’s talked to the president about him. Haaland said only, “My thoughts and feelings about this issue are well-documented.”

If only Peltier had a number of minutes alone with Biden himself. What would he say?

In a rare interview from his maximum security prison in Florida, Peltier recently told HuffPost that his message to the president can be easy.

“I’m not guilty of this shooting. I’m not guilty,” he said. “I would really like to go home to spend what years I even have left with my great-grandkids and my people.”

Peltier in Coleman Federal Prison in 1993.

Peltier said he’s been following Biden’s efforts to support Native American rights and empower tribes, and if he had the president’s ear, he would give him credit for that.

“I appreciate what you’re doing by giving us our nationhood back, our sovereignty back,” he said he’d tell Biden. “I’m very grateful for that, because that’s what I used to be fighting for all my life.”

Before he was put in prison, Peltier was a member of the American Indian Movement, or AIM, a grassroots group of activists focused on drawing attention to federal treaty rights violations, discrimination and police brutality targeting Native Americans. Back within the Nineteen Seventies, the FBI was running a covert campaign to suppress the activities of AIM. In reality, as time has revealed, the FBI is no less than partly answerable for the shootout that day on Pine Ridge Reservation, because it was intentionally fueling intra-tribal tensions there in an effort to disrupt AIM’s efforts.

Today, the FBI stays the largest obstacle to Peltier getting out of prison, for no clear reason apart from wanting to shield itself from scrutiny over its past wrongdoings. The bureau simply doesn’t want him to ever be released. It recently made that clear to HuffPost ― even once we didn’t ask. This was very weird. The unsolicited statement it provided was also filled with misinformation, which signals the FBI’s plan is to maintain recycling a flimsy, face-saving argument for keeping Peltier in prison until he dies.

Peltier said he knows exactly what he would say to FBI Director Christopher Wray if he had the prospect to talk over with him alone for a number of minutes. 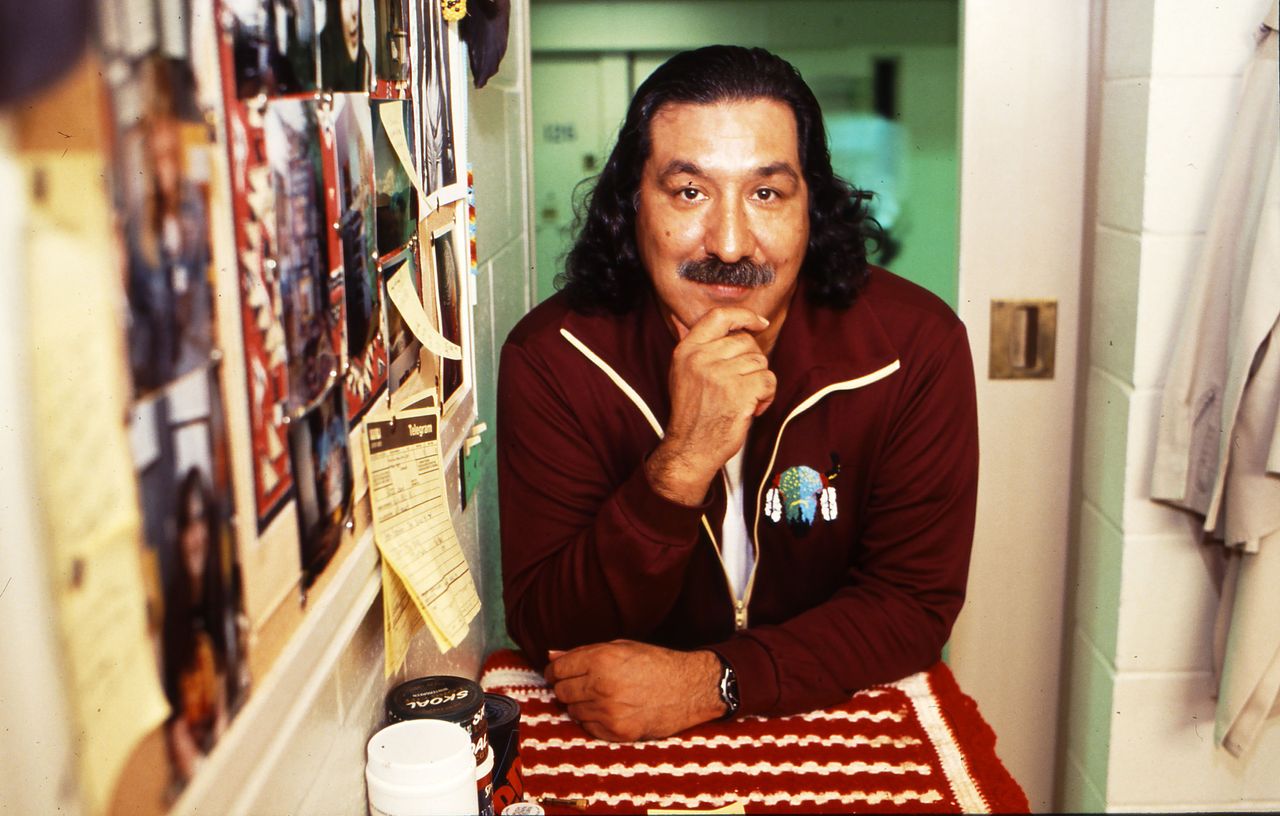 Peltier, pictured in 1993, has spent a long time in jail and is unwell.

Perhaps Peltier’s best strength is something the FBI can’t match: the endurance of his story. For a long time, hundreds of people have been protesting his imprisonment ― including U.S. senators, members of Congress, Native American groups, celebrities and human rights leaders like Pope Francis, the Dalai Lama, Nelson Mandela, Coretta Scott King and Amnesty International, a corporation otherwise focused on political prisoners in other countries.

“The case of Leonard Peltier demonstrates the failure of the U.S. criminal justice system to offer real justice for Native Peoples in addition to the government-generated environment of racism that consistently results in unjust convictions,” Buffalo said in her statement, which she read aloud on behalf of the International Leonard Peltier Defense Committee. She urged the U.N. to push for “a method for relief and justice for Leonard Peltier.”

Buffalo later told HuffPost she felt her remarks were “well-received” on the U.N. forum.

“I hope the reading of the statement on behalf of the ILPDC may have a positive effect on the discharge of our elder, Leonard Peltier,” she said. “I’m thankful for the a long time of advocacy in fighting for justice for Leonard Peltier.”

“I’m not guilty. I would really like to go home to spend what years I even have left with my great-grandkids and my people.”

Peltier is watching all of this play out from his prison cell. He gets regular updates from supporters on news stories that come out about him and rallies being organized in his name. He’s surprisingly up up to now on current news. Sometimes people mail him articles to read, and when he can’t access a relevant news story online, he has friends who will call in and browse it to him over the phone, line by line.

During HuffPost’s interview with Peltier, he did many of the talking. He said he was scared recently by chest pains he’d had when he was walking across the prison yard and that he hopes to get back to painting after being denied access to the art room for years due to pandemic precautions.

Asked if he thinks he’ll make it out of prison before he dies, Peltier said he doesn’t know. So far, the White House has either ignored HuffPost’s questions on the president’s willingness to grant clemency to Peltier or talked only concerning the process an individual must undergo for requesting clemency.

“Sometimes it seems like, well…,” Peltier said, trailing off. “I shouldn’t even be here. … I must have never been in prison to begin with.”

He’s clearly still animated by the cause for justice for Native Americans that he was fighting for with AIM so a few years ago. He told stories from his days within the Nineteen Seventies, when he said Indigenous women were being routinely raped by white men who later got little or no punishment for it, and he and other AIM members would confront local law enforcement to do something about it.

Peltier specifically cited the case of former South Dakota Republican Gov. Bill Janklow, who allegedly raped a 15-year-old Lakota schoolgirl, Jancita Eagle Deer, on the Rosebud Boarding School on the Rosebud Indian Reservation. Eagle Deer was mysteriously killed by a automobile a number of months after she testified against Janklow, who was never charged.

“Native persons are humans and we had a society, a really advanced society of our own. We were generous people. We gave. That was our problem,” he said. “When the white man first got here here, we gave an excessive amount of. That’s what we did. We opened up because that’s the way in which we were brought up. Now we have been nothing but abused for the last 300-some years.” 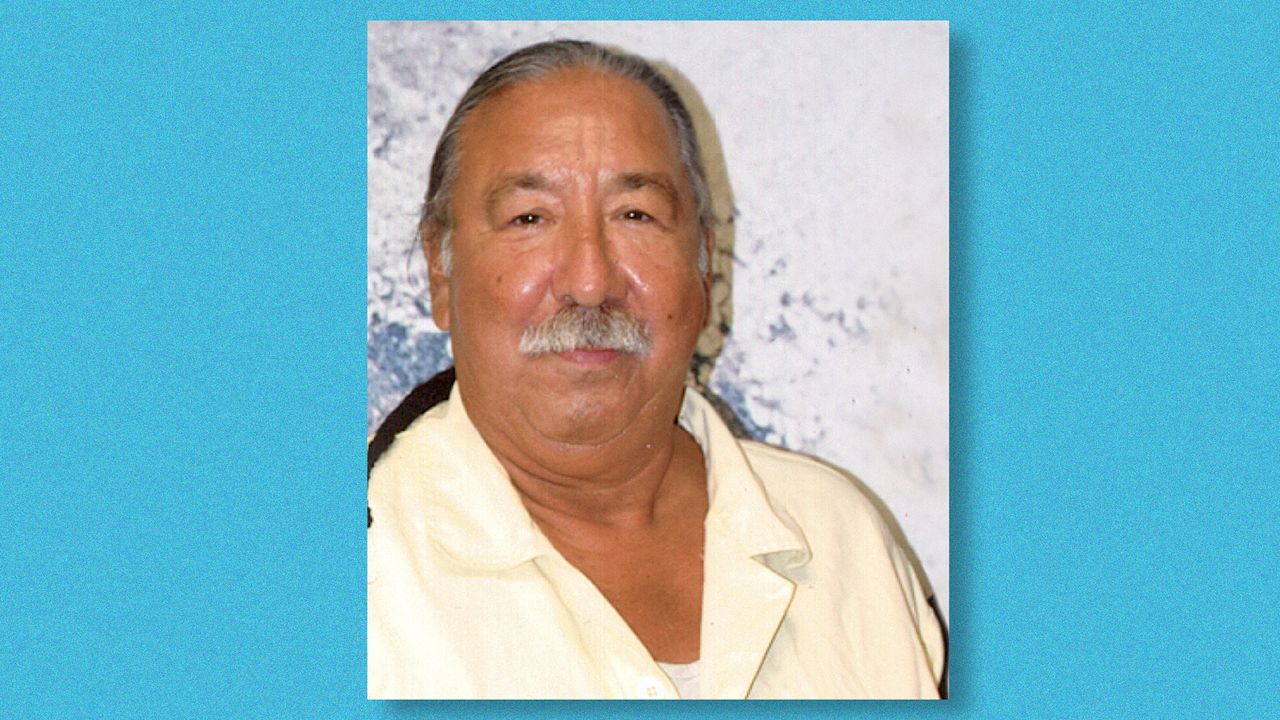 Peltier in a recent photo from Coleman Federal Prison in Florida.

Peltier said the indisputable fact that he has a powerful base of supporters who’re still fighting for him to get clemency shows that the more people learn concerning the way he was put into prison, the more people “are finally believing us” that the entire process was unjust.

“How do I feel about it? I be ok with it,” he said of individuals appealing for his release on the United Nations this week. “Possibly I’ll have the opportunity to go home and die now.”

He paused before adding, “I’m still pissed off about what they did. What they did to me was unsuitable. It violated the entire Structure of america.”