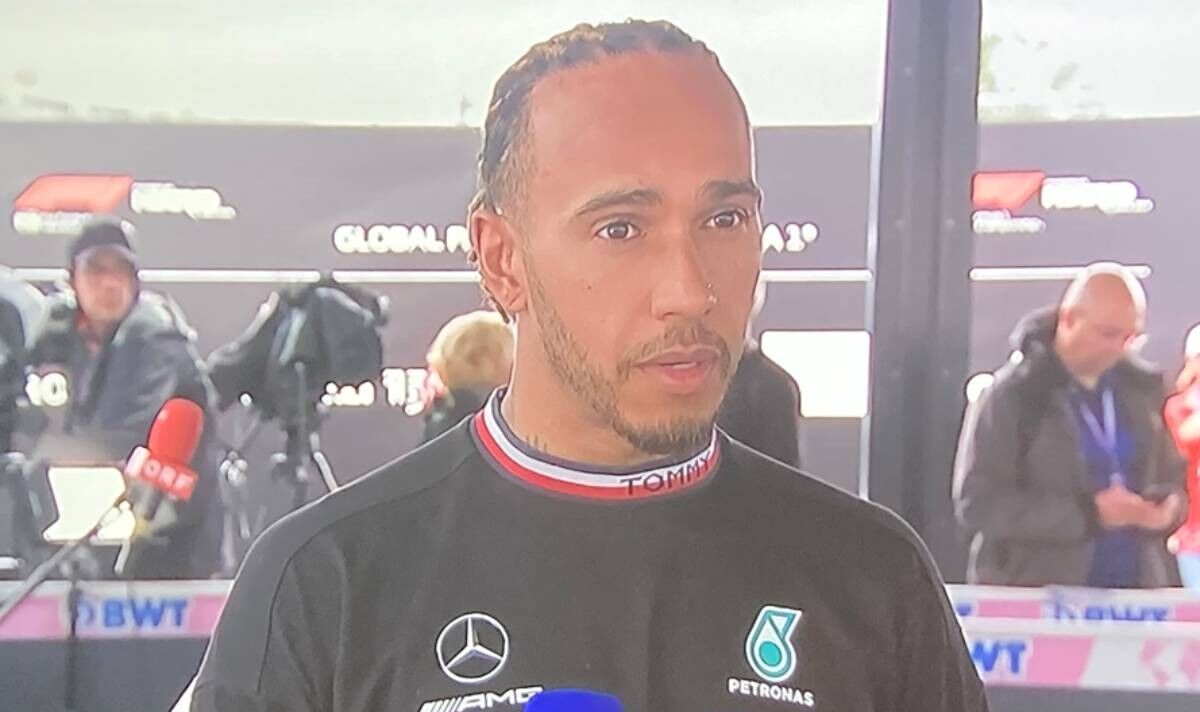 Lewis Hamilton admits he’s never felt so joyful to qualify P4 after a powerful run in wet conditions on Saturday and has set himself the goal of dropping no lower than that in Sunday’s race. There was a small window of opportunity for Mercedes to make up a spot on the grid when Charles Leclerc took a recent power unit in FP3 to push him right to the back of the pack for Sunday.

And higher news was to return for Mercedes when Sergio Perez crashed out in Q2, meaning just Max Verstappen and Charles Leclerc were out of reach. Each George Russell and Lewis Hamilton were finding grip and having fun with their ride excess of Friday’s two practice sessions.

Hamilton was commonly matching Russell too before the latter decided to make the daring decision to modify to softs for his second run. The seven-time world champion modified to recent intermediates for his second run and initially moved as much as a provisional position on the front row.

Realistically, third was the perfect Hamilton could hope for with Sainz quickly matching Verstappen’s pace. But Fernando Alonso put within the surprise of the day as he qualified second-quickest, splitting Verstappen and Sainz.

Hamilton did enough to carry onto fourth ahead of each Haas drivers though and feels he needs to be aiming to complete where he began, and even fight for a possible podium.

“Possibly after I was in my first 12 months of racing Formula One, this sort of looks like that. Particluarly because it has been a extremely difficult 12 months so to undergo what we were faced with today, really so joyful to have us there and put us ready.

“Everyone seems to be working so hard and we’re always facing challenges with this automotive. Tomorrow we must always be a significantly better position. Now we have a rather different set-up for the race but we’re in an ideal position so hopefully I can hold position no less than.”

Hamilton went on to confess the wet conditions clearly played into his hands. But he still pleaded with the team to proceed working on finding the solutions to repair the W13 moving forward.

“If it was dry, I do not know if we can be in that position,” he added. “The rain at all times opens up opportunities and I really like this track.

“It has been a struggle thus far this weekend and there is still numerous work to do tomorrow but I hope all of the team are feeling positive, please proceed to push. We’d like you. I would like you. We’re all working as hard as we will and I think in them a lot.”