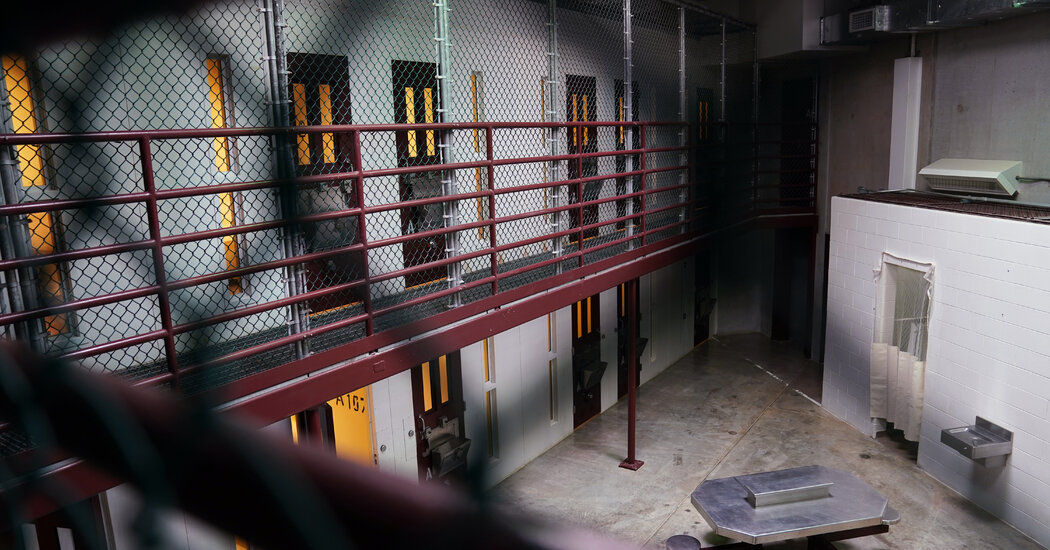 WASHINGTON — A national security board on Friday cleared a Libyan man who has been held at Guantánamo Bay at no cost for 20 years to be transferred to a different country if one could be found to take him, continuing the Biden administration’s effort to cut back the detainee population on the U.S. Navy base in Cuba.

The choice within the case of Ismail Ali Faraj Ali Bakush, 54, implies that diplomats are actually in search of to achieve security agreements for the transfer of twenty-two of the 36 men currently held as law of war prisoners at Guantánamo.

Mr. Bakush is the last so-called low value prisoner being held as an indefinite detainee within the war on terror that began in response to the Sept. 11, 2001, attacks. In an apparent nod to the instability of Libya, the Periodic Review Board — an interagency group with representatives from the Pentagon, the intelligence agencies and various cabinet agencies — really useful that he be transferred to a 3rd country “with strong rehabilitation capabilities,” integration support and a willingness to watch his activities and restrict his travel.

Mr. Bakush was arrested in Lahore, Pakistan, in May 2002 and sent to Guantánamo Bay three months later. A U.S. intelligence report from January described him as an explosives expert who “probably provided operational support to key Al Qaeda figures.” At Guantánamo, he was held as a member of the Qaeda-affiliated Libyan Islamic Fighting Group, which the State Department designated as a terrorist organization from 2004 to 2015.

Three of Guantánamo’s prisoners, all previously held by the C.I.A. as “high-value detainees,” are currently considered indefinite detainees, deemed too dangerous to release but held without criminal charges. Eleven others have been charged with war crimes, nearly all of their cases still in pretrial proceedings.

The 22 prisoners at Guantánamo who’re eligible for transfer include 21 men who’ve been approved for transfer with security guarantees to their homeland or other countries, some cleared because the first 12 months of the Obama administration. The opposite is Majid Khan, a Pakistani man who on March 1 accomplished a war crimes sentence for serving as a Qaeda courier but can’t be repatriated because he became a witness for the US against other prisoners.

The Biden administration recently appointed a former profession diplomat, Tina S. Kaidanow, to the role of overseeing transfer negotiations. Her title is special representative for Guantánamo affairs. She had previously worked as an adviser within the Navy International Programs Office.

The Guantánamo job had been handled in recent months by Ian C. Moss, a former chief of staff within the Obama-era office that negotiated transfers from the prison. Mr. Moss is now as an alternative accountable for diplomatic efforts to assist resolve the status of tens of hundreds of Islamic State members and their families, who’re held in northeast Syria, and repatriate a few of them.