Lidl has ruined my firm says boss in £2.7m fight 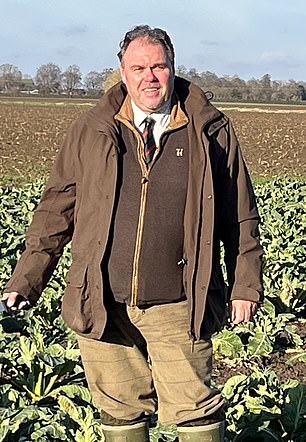 Lidl has ruined my firm says boss in £2.7m fight: They stabbed me within the back, rages fruit and veg chief in David vs Goliath court case

A family-owned fruit and vegetable supplier is suing Lidl in a £2.7million claim that the German grocery giant destroyed his business.

Deane Proctor, founder and managing director of Proctor & Associates, is fighting a David and Goliath battle against the group, which has been aggressively expanding in Britain.

He claims he has been ‘stabbed within the back’ by Lidl, which cancelled or slashed orders with insufficient notice and poached his own suppliers from under his nose.

Industry experts say the case is significant since it challenges the effectiveness of the Groceries Supply Code of Practice, which was arrange amid concerns that supermarkets were bullying their suppliers.

In line with Proctor, he nurtured an in depth relationship with Lidl over 20 years. He says the chain made use of his expertise when it initially launched within the UK market and its presence here was much smaller.

However the 57-year-old claims that as Lidl grew in Britain, it repaid him with ingratitude, cutting him out of deals and abruptly dropping his produce.

He says that originally Lidl relied on him to assist find recent supplies of fruit and veg in Britain, and that he later scoured the world from South Africa to Thailand for brand new sources to assist Lidl buy a spread of products out of season, from grapes and plums to coconuts and lychees.

‘There weren’t many suppliers [in Britain] that desired to take care of the discounters on the time,’ said Proctor, who had arrange his own business in 2003 and was keen to expand. ‘For a very long time I helped to sell the thought of working with Lidl to the farmers.’

He said that the produce buyers at Lidl appreciated his expertise and contacts. Proctor claimed Lidl assured him that it might proceed to make use of his services and he invested in his business on that basis.

At its peak, his firm delivered products value almost £29million to Lidl in a single 12 months.

But Proctor said that from around 2015 the attitude of Lidl’s buyers towards him ‘closed off’.

He said they began slashing orders and dealing along with his farmers behind his back, including ones that he had worked with for years.

He said: ‘Here’s me pondering the challenge is to be more efficient, to speculate within the business. I attempted to do all of the precise things. It felt like I had been stabbed within the back.’

His business with Lidl led to June last 12 months and his firm has now been forced to shut down.

Proctor & Associates, based in Boston, Lincolnshire, is suing Lidl for £2.7million in damages.

The Grocer magazine – the bible of the food and drinks industry – said ‘suppliers and retailers alike’ are awaiting the final result of the case.

Proctor told The Mail on Sunday he had had a casual meeting with a previous Adjudicator, Christine Tacon, but ‘got here away feeling dejected’.

One supplier warned: ‘The issue is the Adjudicator takes any official grievance to the retailer – and that is just like the kiss of death to what you are promoting.’

Proctor said he had used money held inside his business to assist his suppliers and growers to purchase plant and machinery or to pay them quickly ‘in the event that they had money flow problems’.

He said the overwhelming majority of the cash he made was invested back in his company, including a £300,000 computer system installed in 2017.

In research by the Groceries Code Adjudicator, only just over half of Lidl’s suppliers said it handled them ‘fairly, in good faith and without duress’. That puts Lidl well behind Tesco, Sainsbury’s and Asda where seven out of ten suppliers said they were treated well. The figure was eight out of ten at German rival Aldi.

In 2019, Lidl said it might be investing a record £15billion in UK suppliers over the subsequent five years and its longer-term contracts would ‘help give suppliers certainty and permit them to speculate for the long run’.

A Lidl spokesman said: ‘We’re within the technique of reviewing the claims and will likely be responding in the end.’