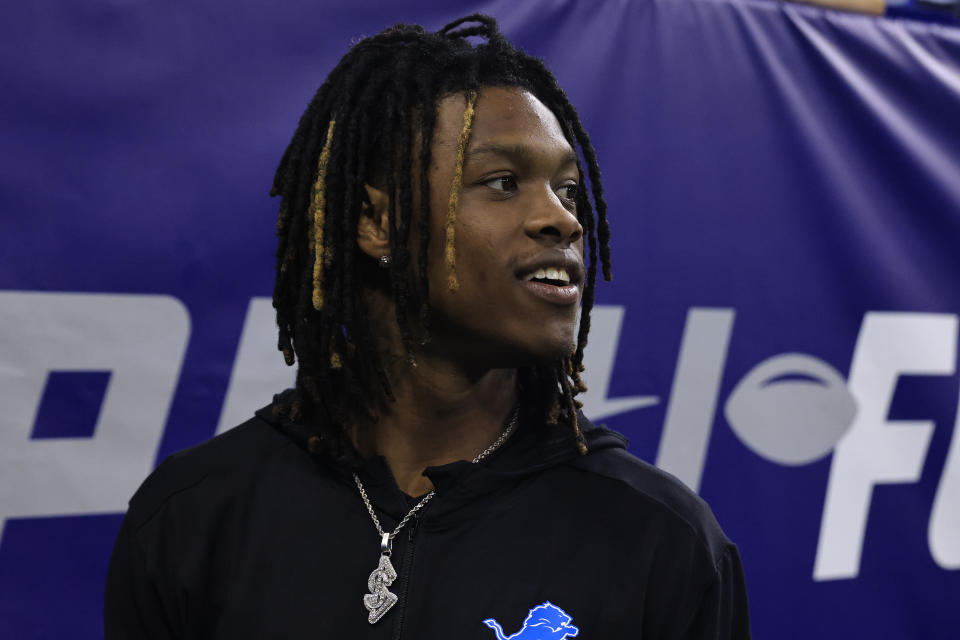 Detroit Lions rookie Jameson Williams’ long wait for his NFL debut is about to finish.

The Lions have activated the twelfth overall pick of the 2022 NFL draft, the team announced Saturday. Per ESPN’s Adam Schefter, he might be available to make his NFL debut on Sunday against the Jacksonville Jaguars.

Williams had been out your entire season while he recovered from a torn ACL sustained within the College Football Playoff national championship game.

He opened the season on the reserve/non-football injury list, however the timing of his return remained a mystery given how long it could possibly take to return from a torn ACL. He was seen running as early as August, but wasn’t designated to return until Nov. 21.

It took only every week and a half of practice for one teammate, wide receiver D.J. Chark, to think he’s the actual deal:

“I believe we’re all excited, man,” Chark said. “The thrill that you simply guys feel, that we feel is real. I definitely imagine he’s a superstar, so anything I can do to assist a man like that, I’m here and he knows that.”

Williams will join a reasonably deep receiving corps headlined by Chark and Amon-Ra St. Brown for the 4-7 Lions.

Jameson Williams could possibly be a large talent for Lions

Many observers considered Williams to be the most effective, if not one of the best, wide receivers in a historically good class on the position. Previously buried behind fellow 2022 first-round picks Garrett Wilson and Chris Olave at Ohio State, Williams transferred to Alabama and immediately became a premier deep threat.

Williams could thoroughly have been the primary wide receiver taken within the draft had he stayed healthy, but he ended up being the fourth taken, after USC’s Drake London, Wilson and Olave. His talent was undeniable, though, and the rebuilding Lions grabbed him with the hope that his injury would merely delay his talent relatively than diminish it.

Now they’re set to get their first indication on Sunday.

Jameson Williams could possibly be a big-time deep threat for the Lions. (Photo by Justin Casterline/Getty Images)