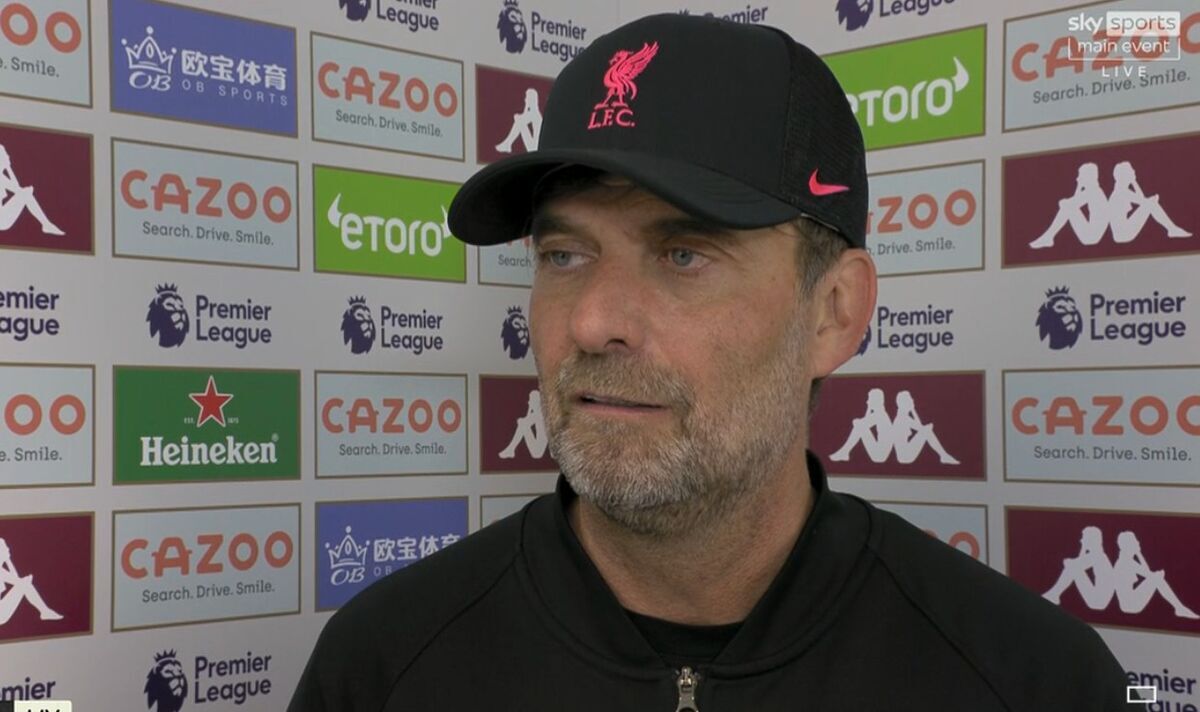 Jurgen Klopp admitted that he was unsure what to make of Fabinho’s ‘positive’ response after the Brazilian midfielder was forced off with a potentially troublesome injury through the early stages of Liverpool’s win over Aston Villa on Tuesday. Douglas Luiz’s early opener was immediately cancelled out by Joel Matip’s equaliser before Sadio Mane headed home with just 25 minutes remaining to secure a much-needed victory for the Reds, who will probably be desperately hoping for Manchester City to slide up and provides them a lifeline of their bid to attain Premier League glory between now and the tip of the season.

Villa took a quick-fire lead through Luiz, who capitalised on a defensive mix-up between Virgil van Dijk and Kostas Tsimikas to poke the ball home from close raneg after just three minutes. Matip went on to answer just moments later when he was gifted a tap-in as Van Dijk’s shot was parried into his path by Villa goalkeeper Emiliano Martinez.

The visitors struggled to get going over the course of the 90 minutes but were ultimately saved by Mane, who nudged the ball into the back of the online with a wonderful header through the closing stages of the competition. The match was somewhat marred from Liverpool’s perspective by Fabinho’s early setback, though, with Klopp revealing after the ultimate whistle that he was unsure as to the severity of the issue despite the 29-year-old’s initially positive outlook.

“He felt a muscle, not an excessive amount of,” said the Reds boss. “He’s quite positive but I’m unsure what I could make of that, we are going to see.”

It stays to be seen whether Fabinho will probably be passed fit to play on this weekend’s FA Cup final, with Liverpool set to go head-to-head with Chelsea for the trophy on Saturday evening. The midfielder did not live as much as his own high standards during his transient spell on the pitch against Villa but is undoubtedly considered one of his side’s most vital players and will probably be sorely missed if he’s forced to take a seat out at Wembley.

“I feel he’ll [be fit for the FA Cup final] but I have no idea, we have now to have an extra assessment,” added Klopp.

The Liverpool boss went on to hail the match-winning impacts made by Luis Diaz and Sadio Mane, who combined through the second half to secure a precious win for the Reds because the clock ticked down.

“The entire situation was class,” reflected Klopp. “It was top class. Luis crossing in a moment when no person expected it other than Sadio.

“We didn’t have time to coach and work on it and I’m completely satisfied on this moment he pretended to shoot and crossed. It’s difficult for the goalie and abruptly he puts his head there and it is sweet and soft nevertheless it was a goal.

“I do not think it is feasible to win easy. They [Villa] are a high-quality side, all of the things they did put us under pressure. We have now our situation and if you wish to win an away game you’ve to open up spaces.

“They did very well and we would have liked time to get in the sport and before we got in the sport it was 1-1. I couldn’t be more proud. It was a large performance in the midst of May.”