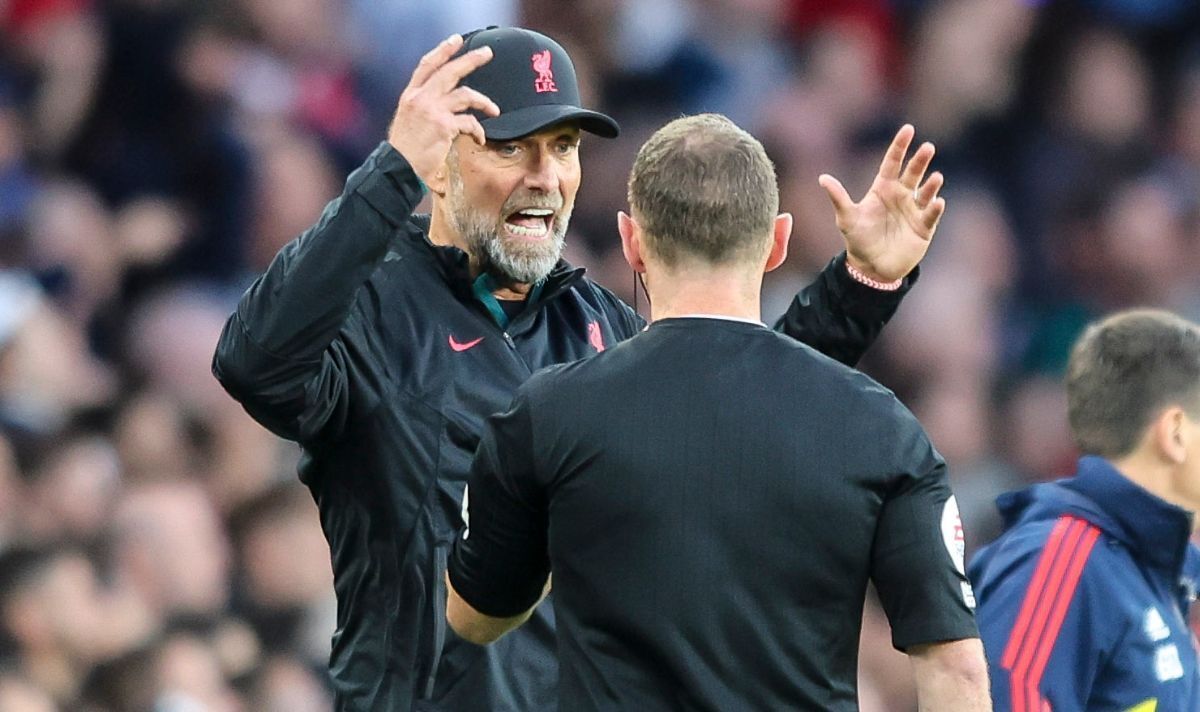 Jurgen Klopp has called two refereeing decisions into query following the 3-2 defeat to Arsenal – claiming Gabriel Jesus seemingly “made up” the contact from Thiago Alcantara that saw Michael Oliver point to the penalty spot. Liverpool were beaten 3-2 on the Emirates and it was Bukayo Saka’s composed strike from 12-yards that proved to be the difference between the 2 sides.

But Klopp feels the penalty was soft, a sentiment that was shared by the Liverpool players who protested the choice strongly on the sector of play.

Tempers soon boiled over between each sets of players with the FA now investigating a scuffle between Jordan Henderson, Gabriel Magalhaes and Granit Xhaka.

The dejected Liverpool boss said: “What can I say now about that situation? He (referee Michael Oliver) thought immediately it’s a penalty, which is interesting but it surely’s his decision.

“Mr England (VAR Darren England) had a take a look at it and thought as well it’s a penalty. We all know in life if two refs think the identical that’s the truth and we now have to live with.

“They thought it’s a transparent not a handball in the primary half when Diogo Jota put the ball on Gabriel’s arm. We cannot change that,” Klopp added.

“A few things went against us but we are usually not blind, we see we could have done higher in moments. On the whole it was a very good away game against a very good side. We caused them a variety of problems but stand here with no points.”

Arsenal at the moment are 14 points clear of Liverpool, who’re enduring their worst begin to a Premier League campaign in 10 years.

It is the worst begin to a season under Klopp and he’s facing serious challenges to show things around.

He has already conceded that the Premier League title has gone as Liverpool look to focus their efforts on the race for Champions League football, which remains to be very much in the gap as of now.

“We are usually not within the title race,” Klopp added. “It’s naïve to take a seat here and think that we’re nearly there.

“We’ve massive problems in the intervening time, and I believe even in a extremely bad situation for us, with early changes and things like this, there are real problems and that’s the truth for us.”

To make matters worse, Luis Diaz left the Emirates Stadium on crutches and together with his knee in a brace after the Colombian picked up an injury problem in the primary half.

Trent Alexander-Arnold was also subbed at half-time after picking up an ankle problem sustained following an unlucky challenge from Gabriel Martinelli.