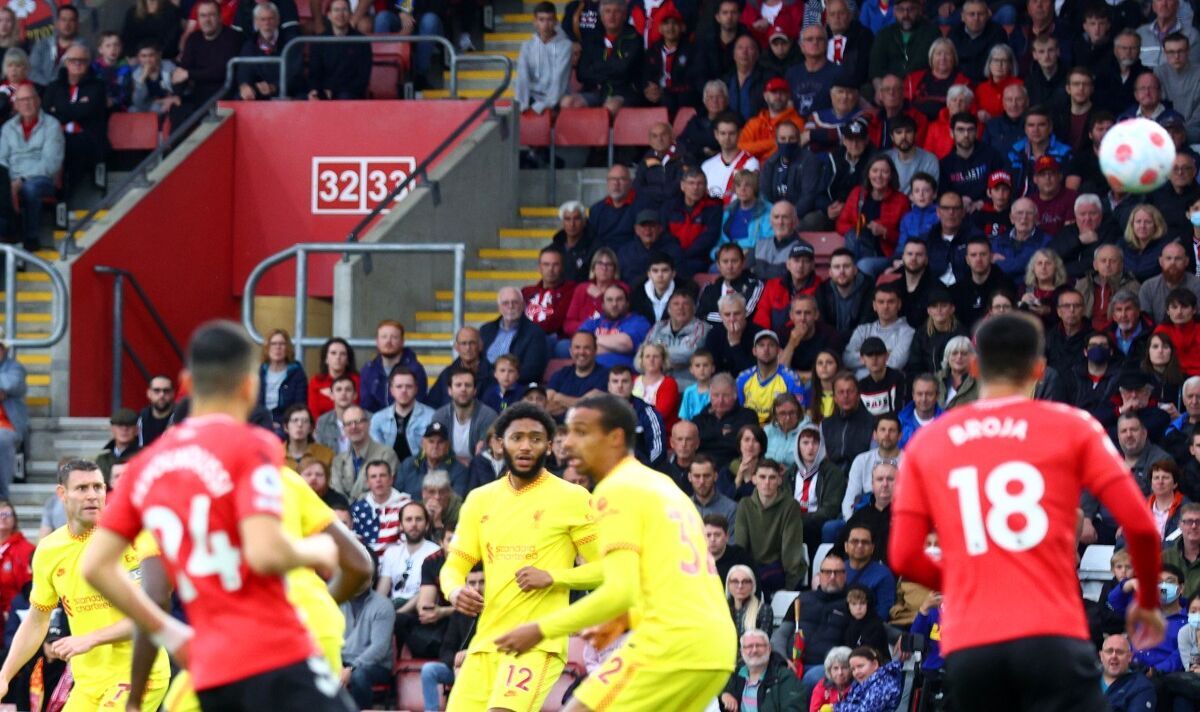 Liverpool fans were mocked by their Southampton counterparts at a packed St. Mary’s Stadium on Tuesday evening after the Saints faithful sang the national anthem in response to the Reds booing it of their FA Cup final tie against Chelsea on Saturday.

Fans of the Merseysiders were frowned upon by rival supporters and officials alike for jeering the national anthem under the famous arch on the weekend. Prince William, Boris Johnson and more aired their concern on the motion, whilst others heavily condemned the booing.

Nonetheless, upon Liverpool’s trip to Southampton on Tuesday evening within the Premier League, fans of the Saints mocked the incident by singing the national anthem themselves. Liverpool fans replied with “F**k the tories” in response to their wind-up.

However the Fifteenth-placed side didn’t stop there, with their music system playing The Sex Pistols’ “God Save the Queen”, followed up by “Two Princes” by the Spin Doctors. The response garnered laughter from Southampton fans.

House of Commons Speaker Sir Lindsay Hoyle voiced his criticism over the incident within the capital. “I utterly condemn any fans who booed Prince William at Wembley. The FA Cup final must be an occasion once we come together as a rustic,” Hoyle said.

“It mustn’t be ruined by a minority of fans’ totally shameful behaviour. On this yr of all years – the Queen’s Platinum Jubilee – that is dreadful.” Nonetheless, Jurgen Klopp opposed the claims after understanding the explanations that Liverpool fans booed the national anthem.

“I’ve not been here long enough to grasp the rationale for it,” Klopp said after the game. “It’s of course something historical – and that is probably an issue you may answer a lot better than I could ever.

“Nearly all of our supporters are wonderful people, really smart. They understand, undergo lows, undergo highs, suffer together. They would not do it if there was not a reason. That is what I do know.”