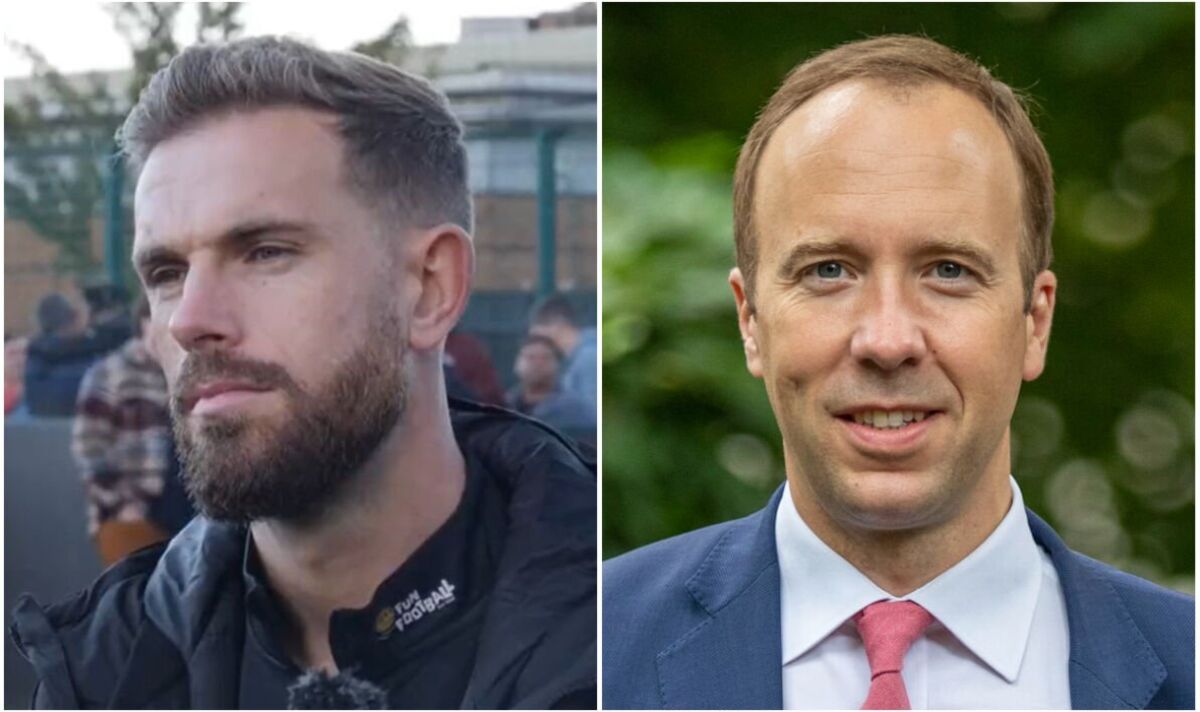 Neville also voiced his opposition to Hancock’s comments while speaking at a Labour conference in Liverpool earlier this week. “Footballers, while they were attacked by Matt Hancock early on within the pandemic, which brought me to life and sparked me into speaking politically, you realize … footballers aren’t the people we must always be attacking here,” he said.

“We’re all watching at five o’clock every night, that Downing Street briefing comes on and that guy comes on and I’m pondering: ‘Come on a minute, give me a break’.”

Henderson was awarded an MBE earlier this 12 months for his services to charity as his work saw him named the NHS Charities Together ‘champion’.