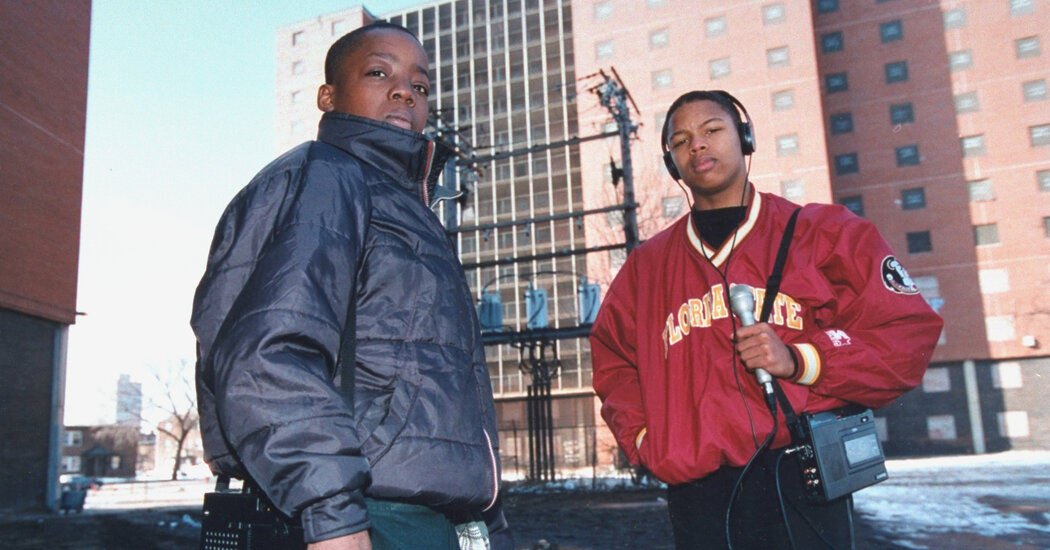 “Ghetto 101” originated when Mr. Isay was hired at WBEZ radio, NPR’s Chicago affiliate, to contribute to a series of broadcasts inspired by Alex Kotlowitz’s book “There Are No Children Here: The Story of Two Boys Growing Up within the Other America” (1991).

Michael Newman said that Lloyd had agreed to participate at LeAlan’s suggestion after Mr. Isay distributed a leaflet in search of boots-on-the-ground reporters. Lloyd, he said, “thought that it might be fun and something different to do.”

Mr. Kotlowitz said in an email that the project had imbued Mr. Newman with a quiet confidence and gave him a job that fit his character, as an “understated yet fiercely powerful storyteller who so relished making individual connections often with people whose lives so differed from his own.”

“He was such a generous spirit and such a thoughtful soul,” Mr. Kotlowitz added. “I don’t know if he fully grasped the impact his storytelling had on others, nevertheless it inspired so many and challenged them in ways in which brought us all closer.”

Each youths understood the challenges they faced in the opposite America, the one outside the ghetto.

“If we go in the shop, we’re checked out incorrect, as if we was going to steal,” Mr. Newman told Charlie Rose on PBS in 1997. “We’re not trusted, and most of the people feel that way.”

By his own reckoning, Lloyd Newman won’t have expected to die of natural causes. In 1997, enumerating probably the most common causes of death within the projects, he told The Times: “People get thrown out of windows, drowned, stabbed, shot. But plenty of that killing would stop if the federal government would make it livable around here. We don’t don’t have any parks. The swings are broken. There’s nothing for people to do. There’s no fun. Life isn’t price living without some fun.”

Within the documentary “Remorse,” Mr. Newman and Mr. Jones stood on the roof of the general public housing constructing from which 5-year-old Eric Morse had been dropped from a 14th-floor window by two other young kids, or “shorties,” within the parlance of the streets. Looking over the sting, Mr. Jones asked Mr. Newman what would have passed through his mind if it was he who had been plunging to the bottom.