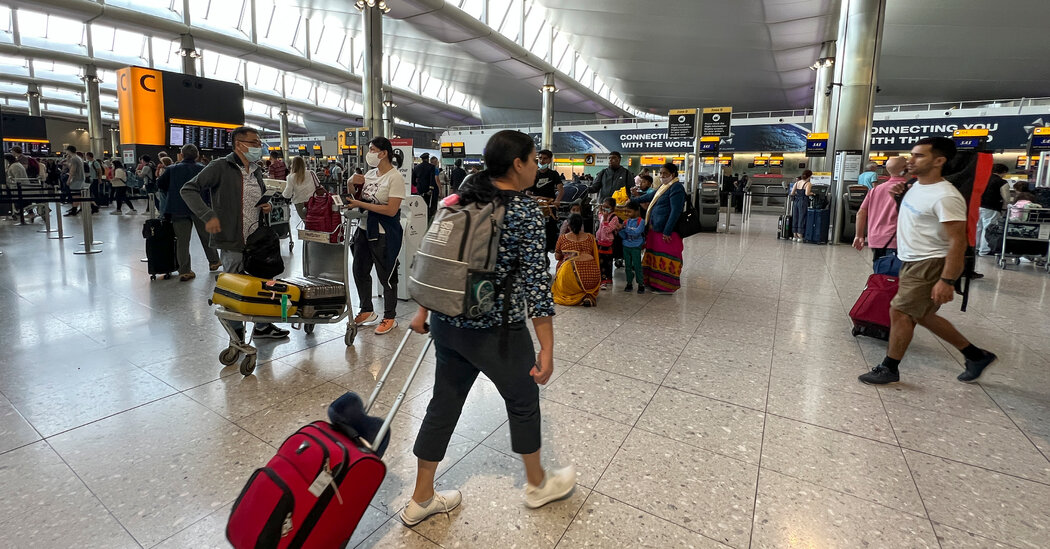 Heathrow Airport said on Monday that it could lift its temporary passenger cap, which limits the airport’s capability to 100,000 departing passengers per day, on Oct. 29. The London airport imposed the limit over the summer in an try and manage chaotic conditions amid a jump in travel as restrictions imposed early within the coronavirus pandemic were lifted.

Citing staffing shortages that led to long lines and frequent cancellations, Heathrow first announced a capability limit in July. It was originally set to finish on Sept. 11, but in August the airport said it could extend the cap through most of October.

A spokesman for Heathrow said on Monday that the cap can be lifted since the airport was seeing fewer last-minute cancellations and shorter waits for luggage.

A spokeswoman for Virgin Atlantic, one among Britain’s largest carriers, said in an email that the airline welcomed the choice to finish the capability limit ahead of the winter travel season.

Other airports around Europe have faced employee shortages in recent months. Last week, Amsterdam’s Schiphol Airport said that it could be extending its passenger cap until early next 12 months.

Schiphol had previously said that it could limit departures to about 70,000 passengers per day through October, and in a statement last week said that it might reconsider the cap at the tip of the 12 months.

Schiphol’s statement noted that it was working to handle staff shortages, including with “improved rest rooms and higher wages for security company employees.”