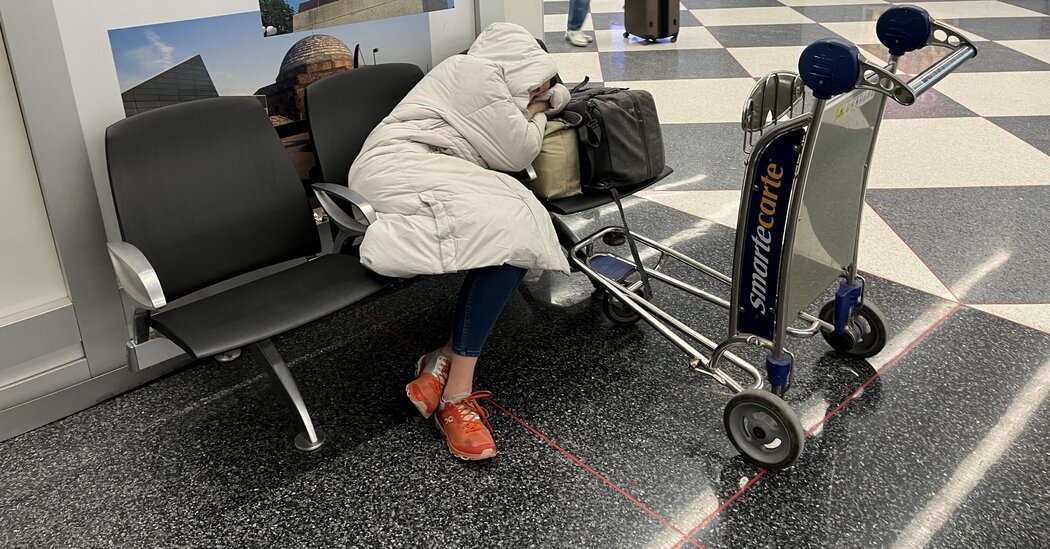 The lines at Chicago O’Hare International Airport were much shorter on Friday morning than on the last two days, and plenty of flights were departing on time. Still, a couple of people had slept on the airport Thursday night and remained stranded.

For Suhas Khan, a 25-year-old civil engineer from Texas, O’Hare became each a haven from the cold and a jail as he waited for greater than 24 hours for a flight to Doha, Qatar. Mr. Khan said he flew from Dallas to O’Hare on Thursday and had since been stuck. Weary and restless, Mr. Khan said he had only his cellphone to maintain him occupied but was making essentially the most out of his situation.

“It’s boring and my flight isn’t for 12 hours, so I still have an extended while to go,” he said.

For Aggie Baumert, a 41-year-old mother who was traveling from Chicago to Puerto Rico along with her husband and her 14-month-old daughter, O’Hare wasn’t as congested as she anticipated.

“I believe the news makes it seem worse,” Ms. Baumert said. “Our flight is on time, but we came 4 hours early simply to be protected.”

Joe Netzel, 40, from Chicago, agreed with Ms. Baumert and said he was pleasantly surprised that the airport didn’t have many long lines.

“I didn’t think we’d find a way to get within the door, but our flight is on time,” said Mr. Netzel, who was waiting to fly to Phoenix along with his wife and 3-year-old daughter.

Brenton Alt, 38, from Phoenix, arrived at O’Hare after his flight to Chicago was diverted from nearby Midway Airport. For Mr. Alt, who was traveling along with his girlfriend to spend the vacations along with her family, it was his first time visiting Chicago, and the subzero temperatures outside weren’t something he looked forward to experiencing.

“I don’t know what that can feel like, but I’ll discover soon,” he said. “We’ve got plans to do things in the town, but I’m unsure anything shall be open.”