Love your onions? An a-peel-ing festival awaits in Bern, the capital of Switzerland! 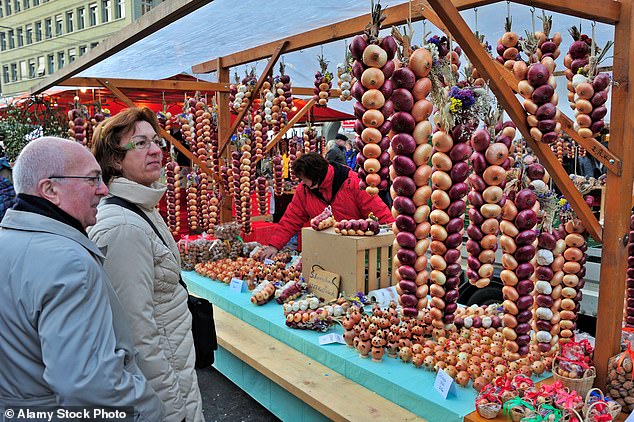 Love your onions? An a-peel-ing festival awaits within the capital of Switzerland featuring 50,000kg of the vegetables

By Hugo Brown For The Day by day Mail

Where would we be without onions? Despite being at the foundation of countless dishes far and wide, the vegetable isn’t celebrated. Unless you’re Swiss.

On the fourth Monday of November the town’s inhabitants descend on the Old Town for a day of drinking, eating and confetti throwing at this folk festival — while local farmers arrive with 50,000 kg of onions, some in artistically woven plaits.

My girlfriend Elizabeth and I, wake bleary eyed at 5am on our first morning in Bern to hitch in with the motion.

We’re staying at Hotel Schweizerhof, a beautifully imposing constructing with 99 rooms, founded in 1859, which is just an onion’s throw from the drama.

What greets us is thumping music, a haze of cigarette smoke, the smell of mulled wine, onion tart and the beginnings of a confetti fight that can last for 15 hours.

We take part with a glass of prosecco and a mulled wine respectively, a bag of confetti, a few onion tarts and a few garlands of braided red and white onions decorated with local flowers. The atmosphere is as joyous because it gets before 6am on a winter morning.

Our guide Beatrice, on a tour of the Old Town the following day, tells us that Bern doesn’t have festivals. Zibelemarit is the just one. You’ll be able to tell — even before breakfast, there are many revellers, the more severe for wear, about. 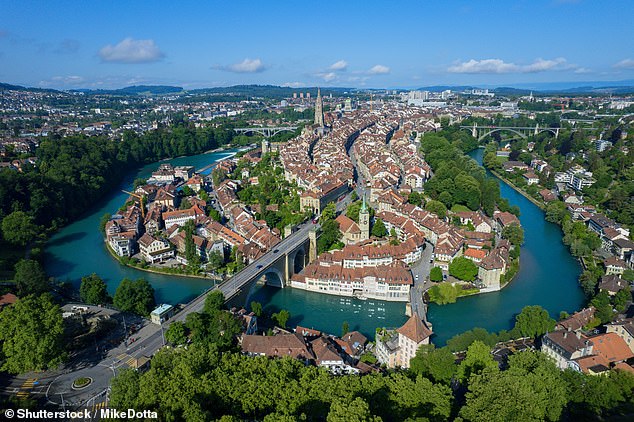 Einstein, when asked what he would do if the world ended, joked: ‘I might stay in Bern [above], because every little thing takes longer there’

Nobody seems to know quite why the festival began. But most agree its origins are within the fifteenth century.

Some say that a hearth in 1405 destroyed much of the town, including 600 homes and taking 100 lives. Local farmers got here to fight the fireplace and, as a show of gratitude, Bern invited them to come back and sell their produce at an all-day event in the center of the town.

Onions aside, Albert Einstein once lived here and, although the Einsteinhaus is disappointing, it does prompt the realisation that I do not know what the speculation of relativity even is.

After the confetti has been cleared and the onions packed away for an additional 12 months, the town seems much gentler.

After three days we prepare for departure, but I get the urge to linger longer — the pace and the calm is so at odds with London. So I actually have one thing in common with Einstein, who, when asked what he would do if the world ended, joked: ‘I might stay in Bern, because every little thing takes longer there.’