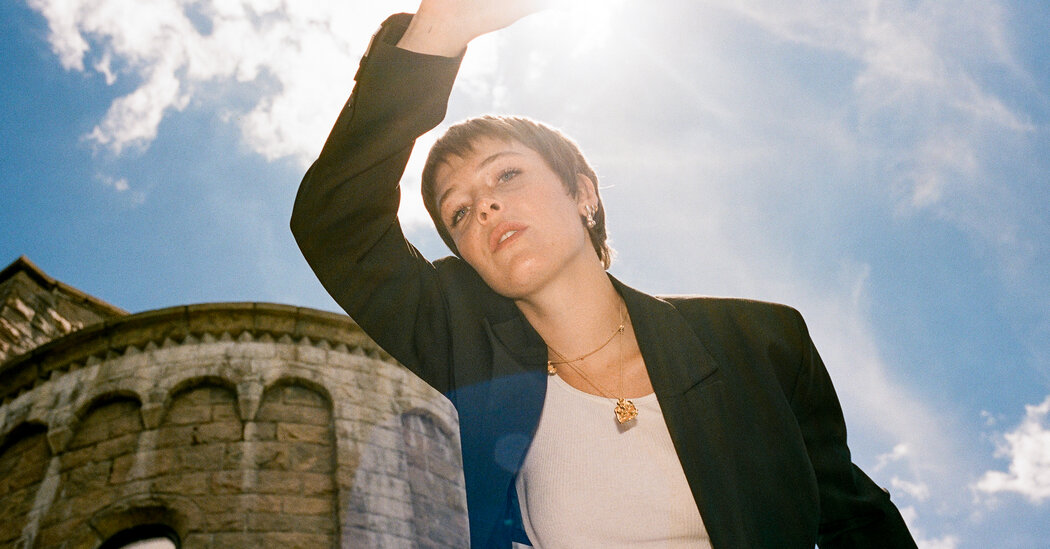 Like a number of artists throughout the early days of the pandemic, Maggie Rogers was living a sequestered, solitary life. She had retreated to coastal Maine, attempting to alleviate the burnout of touring for her 2019 major-label debut “Heard It In a Past Life,” with little plan to put in writing. “I used to be hiding out,” she said. “At an entire loss for words.”

But Rogers, who had earned a Grammy nomination for best latest artist with that album, which merged her folky singer-songwriter roots with dance-tent momentum, didn’t stay cloistered for long. Remembering that “making beats is fun,” she joined a virtual song-a-day accountability group with the likes of Feist, Damien Rice and Mac DeMarco. “I’d go for a walk after which hearken to all my favorite artists make some [expletive] in our kitchens,” she said. “It was so sick.” The demos she produced in her own residence studio sounded joyful, which surprised her.

She thought the tumult and rage of the moment would lead her elsewhere. After which it did.

“I talk a lot in regards to the artist’s job being to feel,” she said recently. “Feeling through the last couple of years — there’s been a lot pain and a lot suffering and a lot injustice on the earth. It brought up a number of questions for me about what I think, and the way I would like to structure my artistic practice or my business. Or my life.”

So Rogers, while she was busy concocting sick beats in her kitchen, enrolled in Harvard Divinity School. “I wanted to construct a framework for myself, for find out how to keep art sacred,” she said.

She graduated in May with a master’s degree in religion and public life, a latest program for mostly secular professionals “whose work is concentrated on having a positive social impact,” based on the university. In Rogers’s case, it included her struttingly confident performance at Coachella this past spring. “I feel super religious, if music is a faith,” she said. “After I’m in the group of fans or onstage, that’s after I felt probably the most connected to something greater than myself.”

As she was studying, she was also completing “Give up,” her second album for Capitol, a hypnotically danceable ode to ecstatic abandon, making leaps and navigating worry. Co-produced by Rogers and Kid Harpoon (Harry Styles, Florence + the Machine) and embracing distortion — a latest sound for her — it’s due out Friday.

“Without delay, the enjoyment on the record looks like the best type of rebel,” Rogers, 28, said. It’s a hard-won hope, which — politically, culturally, environmentally — could be the vibe of the moment. “Give up” was also a part of her thesis, which examined cultural consciousness, the spirituality of public gathering and the ethics of pop power. The album, she told me, is “joy with teeth.”

Terry Tempest Williams, an essayist, naturalist and author in residence at Harvard Divinity School, taught Rogers in a category called “Finding Beauty in a Broken World.” Her fans may know her as “a rock star,” Williams wrote in an email. “But I do know her as a author. Her words are lean, staccato, unadorned, visceral. She writes through the complete range of emotion that she inhabits. ”

Williams added that Rogers “is mindful of the responsibility that comes especially as a musician with a big stage.”

“The bridge between a public life and personal life is stillness, having time to recollect who you’re and who you should not,” Williams wrote. “She dances between motion and stillness.”

On a drizzly June weekday, Rogers and I met at an Upper East Side corner diner, to attend out the rain before making a pilgrimage to certainly one of her sacred spots in town, Bethesda Fountain in Central Park. She wore a chopped-off white undershirt, a comfortable black thrifted sweater (all hail the Portland, Maine, Goodwill) and her once long, Laurel Canyon songwriter-esque hair shorn right into a pixie — a development that was covered by Teen Vogue, though she’s sported that cut for many of her life. An angular Ferragamo mini-purse and square metal-capped boots were the one hints of major label star.

Freckle-faced and warm, she was eloquent about her musical selections, with an undercurrent of goofball (like when she shoved a tampon up her nose to stanch a nosebleed while dancing at Coachella — after which used the video clip to advertise her set).

Rogers had just moved out of her grad school apartment in Cambridge, Mass., just a few weeks before — “my hot tackle Boston: great food, bad lighting” — and was still determining where she would arrange her latest artistic life. “I feel like I’m in post-grad for the following 12 months or something,” she said. “I’m doing field research.”

She grew up in rural Easton, Md.; the Los Angeles apartment where she now stores her stuff has never quite felt like home. While she was an undergraduate at Latest York University studying music production and engineering, her track “Alaska” drew a viral little bit of adulation from Pharrell Williams, and he or she felt a pull to town because the place where she learned “what type of artist I desired to be.” “Give up” appeared to her like a punky Latest York album; she missed what she called “the raw human energy, and community — that claustrophobic, someone sweating on you within the subway” connectedness.

The video for the propulsive, synthy first single “That’s Where I Am,” with a bed of glitches and handclaps underneath Rogers’s clarion vocals about desire, pays tribute to that, as she catwalks through downtown Manhattan in a green boa, and piles right into a cab with a Latest York crosscurrent — club kids and office staff. (The guitarist Hamilton Leithauser, the photographer Quil Lemons and David Byrne, who she cold-called to collaborate, show up too.)

Her musical process starts with making a mood board. “In production, I at all times consider records as world constructing — if I understand that, what the world is, it’s way easier for me to know what the bass should sound like,” she said.

Kid Harpoon, the British producer, with whom she co-wrote her 2018 single “Light On,” remembered that the photographs for “Give up” included black-and-white grittiness and ’70s Latest York — “Someone on their knees in a club with their top off, sweat all down them. Up-close teeth.” Rogers insisted on recording in town too, a alternative he didn’t necessarily understand until they arrange shop last summer at Electric Lady, the storied West Village studio. “I’ve seen her just completely uncompromising on a few of her ideas — quite brutally sometimes,” he said. “It’s an actual strength. She knows what she wants.”

They used the situation to usher in other musicians, like Florence Welch, who was upstairs recording with Jack Antonoff and played tambourine on the jagged power anthem “Shatter,” and Jon Batiste, who was “just reacting” with a lot delight, Kid Harpoon said, that they often needed to reset the take for his keyboards since the Grammy-winning bandleader was laughing.

And Rogers, after years of performing — she had self-released two albums by the point she was 20 — found other shades in her own already protean vocals. “I learned find out how to use my lower register,” she said, “to simply sing with my whole body.”

“Heard It in a Past Life” was suffused with nature samples; “Give up” uses distortion, which Rogers had hardly worked with previously. But she found an audio plug-in and flew with it. “The world was collapsing and my life in Maine was incredibly quiet,” she said. “Noise felt so therapeutic.”

In a video introducing the album, she called it “chaos I could control.”

When the skies cleared, Rogers and I meandered to Bethesda Fountain. Together with St. Mark’s Church within the East Village — where Patti Smith had her first poetry-and-electric-guitar gig — it’s a spot she often detours to, for inspiration. She was drawn in by its history, too: “Angel of the Waters,” the 8-foot tall bronze sculpture at the middle of the fountain, was designed by Emma Stebbins, the primary woman to be commissioned for a significant public artwork in Latest York, and unveiled in 1873.

“This feels hopeful to me,” Rogers said, as tourists snapped pictures by the fountain and dozens of turtles dozed and lapped within the lake beyond. “The angel represents peace and temperance. She holds a lily. People still come here.”

Once she even saw Joan Didion, a hero, being wheeled around by an attendant for a day constitutional. Rogers was too awed to approach her, but did notice she was sockless. “I remember seeing her ankles,” she said, “and being like, whoa, that’s so intimate.” Rogers has a nice radar for the vulnerable points; Didion, the master modernist author, died not long after. “I’d cry talking about it,” she said.

She remains to be figuring out find out how to apply what she learned within the last 12 months to her creative life. But a technique is simply to pay close attention. “I at all times take into consideration performance as a practice of presence,” she said. “It’s just this moment that’s slipping through your fingers because it’s happening, and it may well never be created again. And that’s what feels so sacred about it.”

The rain began up again, but she went without an umbrella — she liked the patter of the summer drops. The album’s closing song is stuffed with fret about “the state of the world,” and Rogers sought out education to answer that feeling. Her music gets her there too; the song ends on a wishful note — with banger percussion — about togetherness. “I feel part of making anything is having hope that there’s something else that’s possible,” she said. “I feel like I don’t have every other alternative.”