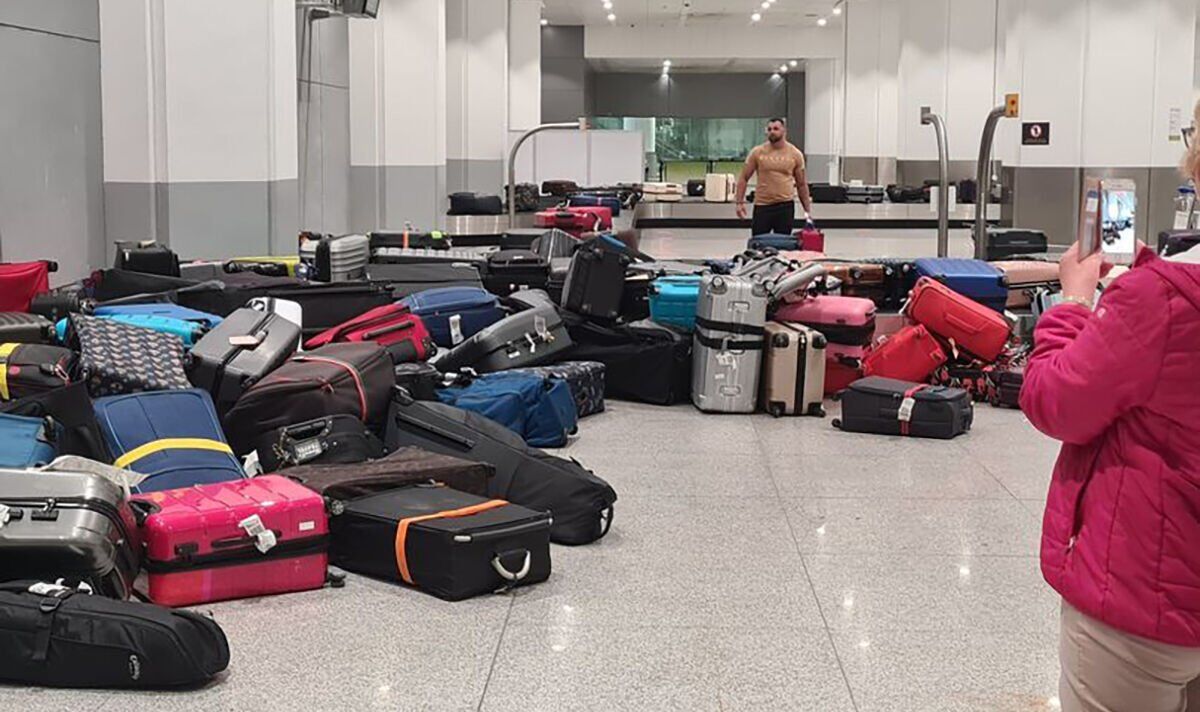 Passengers were forced to sort through their bags on the ground after a conveyor belt broke at Malaga Airport. The tourists had just arrived on a flight from Manchester Airport and said the chaos was a “nightmare” begin to their break with TUI.

Phil Burke, who flew to Malaga to have fun a friend’s birthday, said there was no staff to assist the desperate travellers.

Talking to Manchester Evening News, Phil said: “It’s been a little bit of a nightmare.

“We were 20 minutes late with leaving, but we got through security alright. We went downstairs [at Malaga] and two conveyors had stopped. There have been 60 or 70 bags all around the floor. People needed to undergo the luggage themselves.

“There was no-one around to ask for assistance. It only needed a key to show it back on. It took 25 minutes to get a rep from TUI to return down — he said they were fixing the opposite one. People were sticking their heads through the gap to shout to get their bags sorted. That they had connections [to catch].”

It took Phil, who’s a councillor, 25 minutes to find his bag, just as a flight from Leeds Bradford Airport arrived and more suitcases piled onto the mountain.

Phil, from Rochdale, Greater Manchester, said: “What started off to be a pleasant break to have fun someone’s birthday — we’ve got been 20 minutes late and this. I just felt sorry for the people need to make connections.

“There was no help by any means. It took about 25 minutes [to get my bag]. I even have got it, I’m alright. There have been still quite just a few people after me.”