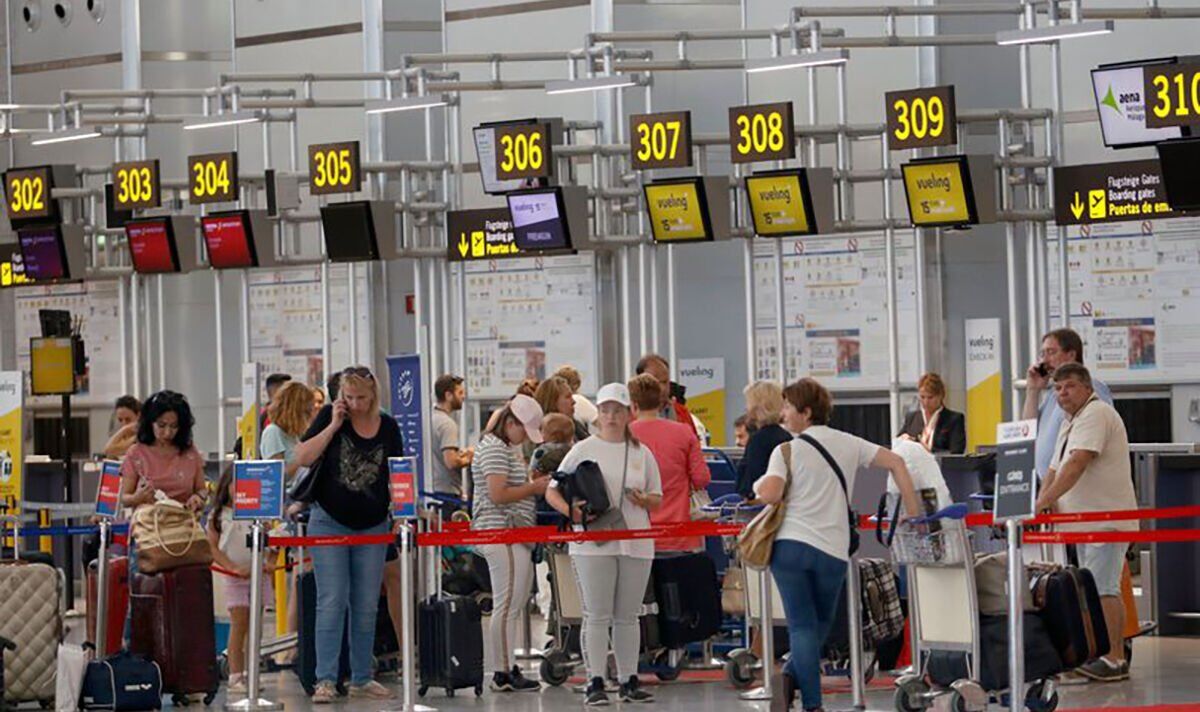 While Irish passengers can use the service to skip long queues at Malaga Airport, Brits must watch on since the UK isn’t any longer within the European Union (EU). Like in most airports, there are two queues at Malaga – one sealed off with black tape and signposted with a Union Flag and the opposite enclosed with green tape and shows an Irish tricolour and EU flag labelled for “EU residents”.

Brits have faced larger queues recently of their lane and plenty of tourists have vented their anger online, reports Dublin Live.

One other British passenger claimed Irish residents were getting “preferential treatment” while others reported “two-hour queues for non-EU passengers”.

A 3rd Twitter user said: “Sitting in Malaga Airport to return. What a joke! An enormous queue for UK passengers stretching all the way in which back to duty free exit…whilst the lane for EU empty.”

“Preferential treatment for the one flight to Ireland. Travellers beware,” one other added.

Greater than 3,000 passengers missed their flights at Madrid Airport over the Easter break.

Since Brexit, British tourists are only allowed to remain within the Schengen area (a free movement area without border controls that features 26 countries including Spain but excluding Ireland) for 90 out of 180 days and must get their passports stamped after they leave or could face being refused entry on one other visit.

Meanwhile Irish residents profit from EU-wide passenger rights for travel into, out of, or throughout the EU by air, rail, bus/coach or ship.

But it surely’s feared the chaotic scenes at airports might repeat themselves in the summertime.

President of Airlines Association (ALA) in Spain, Javier Gandara, said: “There have already been problems on the airports over Easter and we’d like to avoid this happening in peak season.

“It is going to be the primary summer when passports for travellers to the UK should be checked and the primary when air traffic is more likely to be normal, now that the British government has lifted all of the restrictions imposed due to the pandemic.”

A tourist who queued at Manchester hub last month branded it the “worst airport in Europe”.

And images taken at Birmingham Airport show the queue snake through the terminal, reportedly even stretching down the escalators into the check-in area.