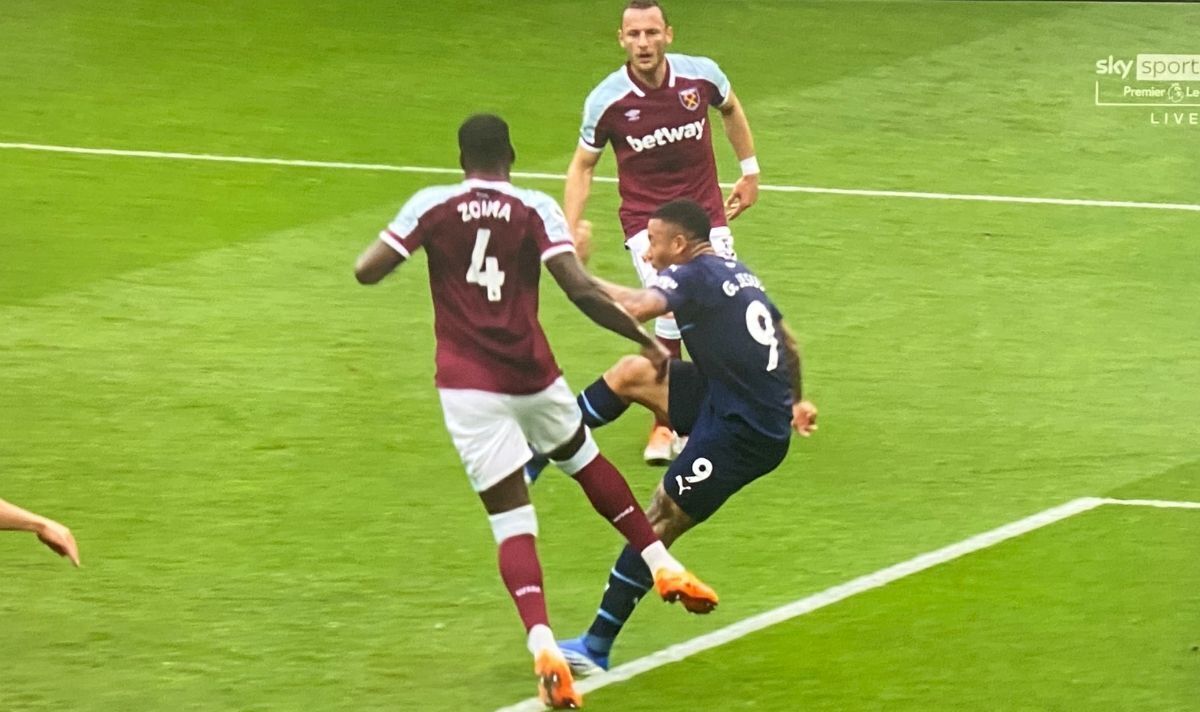 Micah Richards slammed VAR for missing a “blatant penalty” on Gabriel Jesus as Manchester City trailed West Ham 2-0 at half-time of their crunch Premier League clash in east London. The Hammers ruthlessly exposed the champions on the counter-attack through the pace of Jarrod Bowen however the Sky Sports pundit felt the officials missed a transparent spot-kick before the interval.

Kurt Zouma appeared to undergo the back of Jesus before clearing his lines but Anthony Taylor saw no problem with the challenge.

VAR did review the incident but West Ham got the green light to proceed to the dismay of Pep Guardiola and City.

At half-time, Richards made it clear he felt the officials had made a serious mistake, saying: “Yeah, it is a blatant penalty.

“I do not understand how VAR, I do not know what they’re doing.

“That is blatantly obvious, they’ll say it isn’t clear and obvious but this is evident and obvious foul.

“If that was outside the box, they’re giving that as a free-kick, in order that is ridiculous.

“It is a definite penalty, he shouldn’t should appeal, that is what VAR is brought into do, correct these bad decisions. They have that one fallacious.”

Phil Jagielka, who was also within the studio, was also in agreement. He said: “Yeah, that is a penalty, I believe the actual fact he heads it afterwards, means he gets away with it.

“The referee is communicating with the VAR studio and told them what he’s seen from his perspective but when he doesn’t head it afterwards, possibly there’s just a few more appeals and a little bit of pressure.”