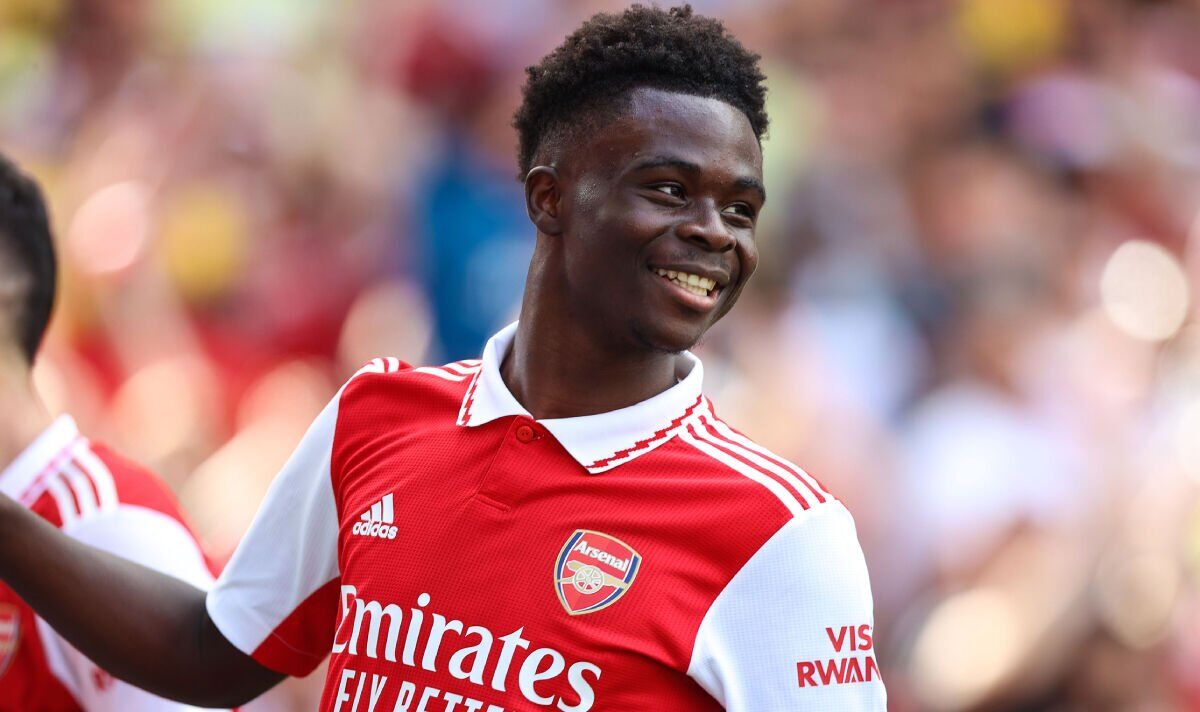 Manchester City have distanced themselves from reports they’re to make a move for Arsenal and England star Bukayo Saka. Each City and Liverpool have been linked with a grab for the winger as he moves towards the last two years of his current deal on the Emirates.

But City have poured cold water on suggestions he’s heading their way, stressing they will not be in the combo for the 20-year-old’s signature. That’s despite Saka providing 11 goals and 7 assists in 38 Premier League matches last term.

Arsenal will likely be confident of beating off any attention on Saka with the player’s current contract containing an option 12 months to maintain him in north London until 2024. But securing him on a recent and improved deal which reflects his importance to the Mikel Arteta project has been considered one of Arsenal’s priorities this summer.

That deal is being negotiated now with Arsenal’s failure to succeed in the Champions League places complicating matters. The north Londoners will as an alternative spend next season within the Europa League.

City, who’ve landed their important summer transfer goal in Erling Haaland and a second striker in Julian Alvarez, remain available in the market for 2 more players with a defensive midfielder and a left-back priorities. That’s with Fernandinho departing and Oleksandr Zinchenko’s future uncertain.

Arsenal are considered one of the clubs keen on the Ukrainian midfielder, who has often played in defence for Pep Guardiola, with West Ham also admirers. Brighton full-back Marc Cucurella is closing on a move to the Etihad however the two sides remain apart on a valuation for the Seagulls’ Player of the 12 months.

City are believed to feel £30m is the highest side for the previous Barcelona and Getafe defender. But Brighton want a substantial profit on the £15m they paid Getafe for the 23-year-old a 12 months ago.

Guardiola said last month of City’s summer plans: “The club has an obligation – not me, the club – and I do know they’re working on that and at all times pondering, I’m not saying it will occur (more transfers) but they at all times have a plan to see what can occur.

“The club at all times has to look ahead, to view who’s the subsequent manager or staff, or if five players leave who can be the subsequent five recent players, or which players from the academy may be a part of it like Phil Foden. These items need to be considered continually.

“You’ll be able to never say you’ve got a young squad that may stay together for five years. It doesn’t occur. Situations change season by season because players need to play.

“When you’ve got an incredible squad of a high level, players need to play and be pleased. They worry they won’t play so that they have to depart and get replaced. However it is my personal opinion, I even have not spoken to Txiki [Begiristain], but I don’t think much will occur.”