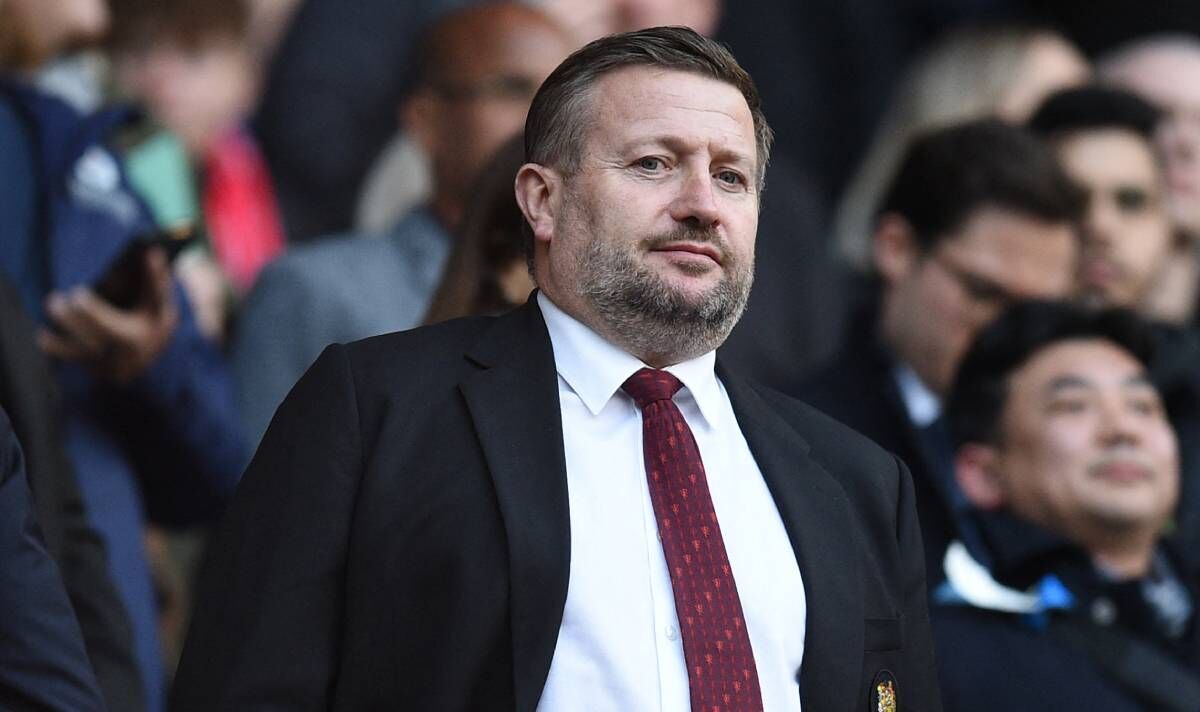 Manchester United chief executive Richard Arnold has broken a promise he made to fans by getting personally involved in negotiations for Frenkie de Jong. Arnold was filmed in Barcelona on Monday with football director John Murtough as United attempted to finally break the deadlock in talks with Barcelona for the Dutch midfielder.

De Jong was picked out by Erik ten Hag as his priority transfer goal earlier in the summertime. United have been in talks with Barcelona for a chronic time frame without making much progress – partially on account of Barca’s difficult financial situation.

United reportedly agreed a deal at the tip of June to sign the 25-year-old midfielder for an initial fee of £56million, which could rise to £70m with add-ons. But cash-strapped Barca have since backtracked on that agreement in a bid to maximise the transfer fee so that they can herald targets of their very own, like Leeds winger Raphinha and Bayern Munich striker Robert Lewandowski.

Ten Hag has taken his squad to Thailand for the primary leg of United’s pre-season tour, however the day before their 4-0 friendly win over Liverpool, Arnold and Murtough were pictured in Barcelona, holding a gathering with their Barcelona counterparts Mateu Alemany, Rafa Yuste and Jordi Cruyff.

“Money isn’t a consideration on who we would like. The manager wants him [De Jong] and so they have actually done the work. He’s an amazing player. Is it 100 or 200 [million]? I do not know. Get who you f***ing want. Do you wish me buying the players? Does that not ring a bell?”

Arnold was referring to his predecessor within the chief executive role, Ed Woodward, who was regularly criticised for his work within the transfer market. Woodward had a background in banking, not football, and made loads of questionable decisions which many fans think directly hindered the club’s progress within the post-Sir Alex Ferguson era.

Arnold vowed to take a more removed approach but has develop into involved recently on account of an absence of progress on transfers. Tyrell Malacia stays the one arrival this summer in a £13m deal from Feyenoord, with deals for De Jong, Christian Eriksen and Ajax duo Anthony and Lisandro Martinez yet to materialise.