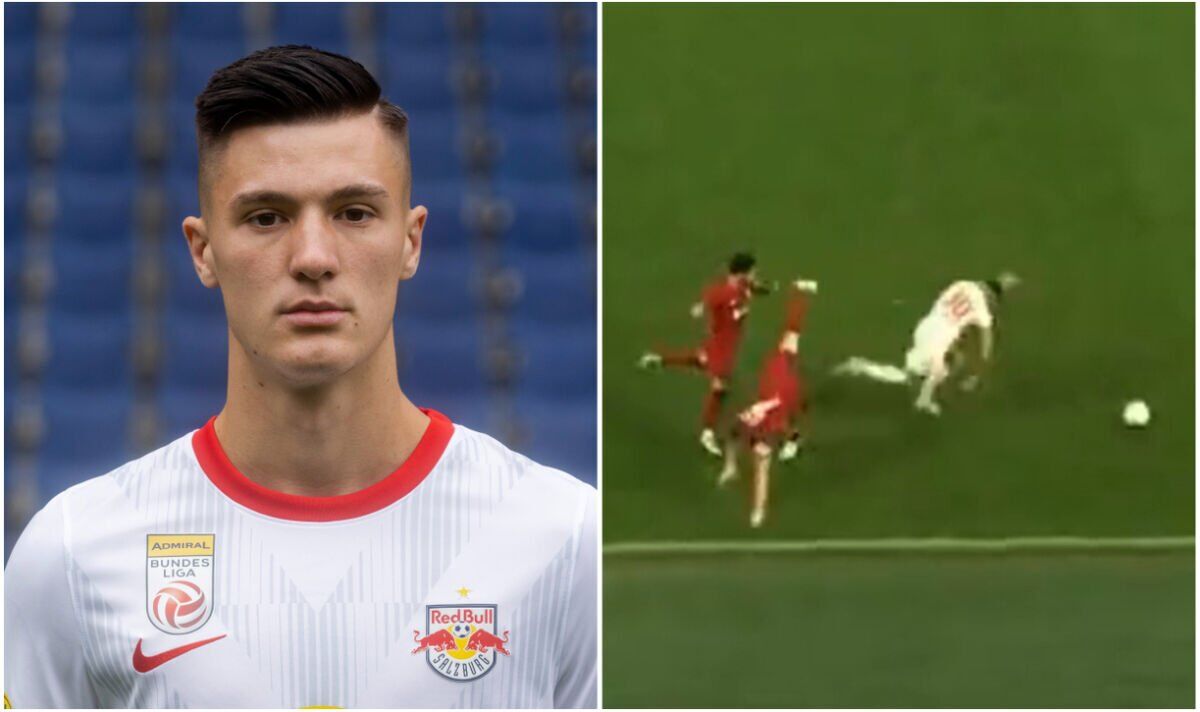 Manchester United goal Benjamin Sesko justified links to Europe’s top sides in a pre-season friendly against Liverpool on Wednesday evening. The teenager delighted the group by flummoxing two Reds stars with a single skill move, and he also opened the scoring by capping off a slick RB Salzburg attack.

United are alongside Newcastle, Bayern Munich and Borussia Dortmund in registering an interest in Sesko, who broke through into the Salzburg first team last season. Although his return of 5 league goals was a modest one, he has already notched two in two this time around and continued his fantastic form against Liverpool.

Just after the half-hour mark, Sesko began a strong run towards the Reds’ box before playing a one-two and ending calmly past Adrian. He earned more approving nods before the interval by consciously drawing in Curtis Jones and James Milner before wriggling between them with an eye catching heel-to-heel skill move.

Salzburg stood firm over the course of 90 minutes and Sesko’s goal proved to be the winner, despite big guns similar to Mohamed Salah, Luis Diaz and Virgil van Dijk emerging from the bench.

United may very well be in need of a striker over the approaching weeks after Cristiano Ronaldo asked to depart Old Trafford attributable to a scarcity of Champions League football. Crunch talks held this week did not turn the tide, and super-agent Jorge Mendes is predicted to get back to work find a viable destination.

Sesko can be an expensive option at £55million, but Salzburg have a track record of churning out top kids at a powerful rate. Manchester City star Erling Haaland and Borussia Dortmund latest boy Karim Adeyemi each passed through the Austrian side in recent times before earning big moves.

United are yet to open talks for Sesko, but have supposedly placed him on an inventory of stars they admire before their striker hunt heats up. Ajax forward Antony has been heavily linked to a reunion with Erik ten Hag all summer, but with the Dutch club already having parted with a number of their top players, the Red Devils could find themselves priced out.

Salzburg are reportedly keen to maintain hold of Sesko for the season, with the 6ft 4in teen threatening to burst onto the scene and turn into a household name. In response to a tweet outlining United’s interest within the Slovenian international, Salzburg’s Twitter account jokingly responded: “We wish 300 million + Bruno.”

One other rangy frontman to be linked with the Red Devils is Stuttgart’s Sasa Kalajdzic. While Ten Hag is regarded as an admirer of the 25-year-old, the German club’s transfer chief Sven Mislintat claimed, earlier this month, that ‘no offers’ had been received.

“We’re in excellent talks with Sasa about his situation,” he added. “And for me it is often vital once they are there, that they provide their all and he does that, you possibly can see that in every training session.”