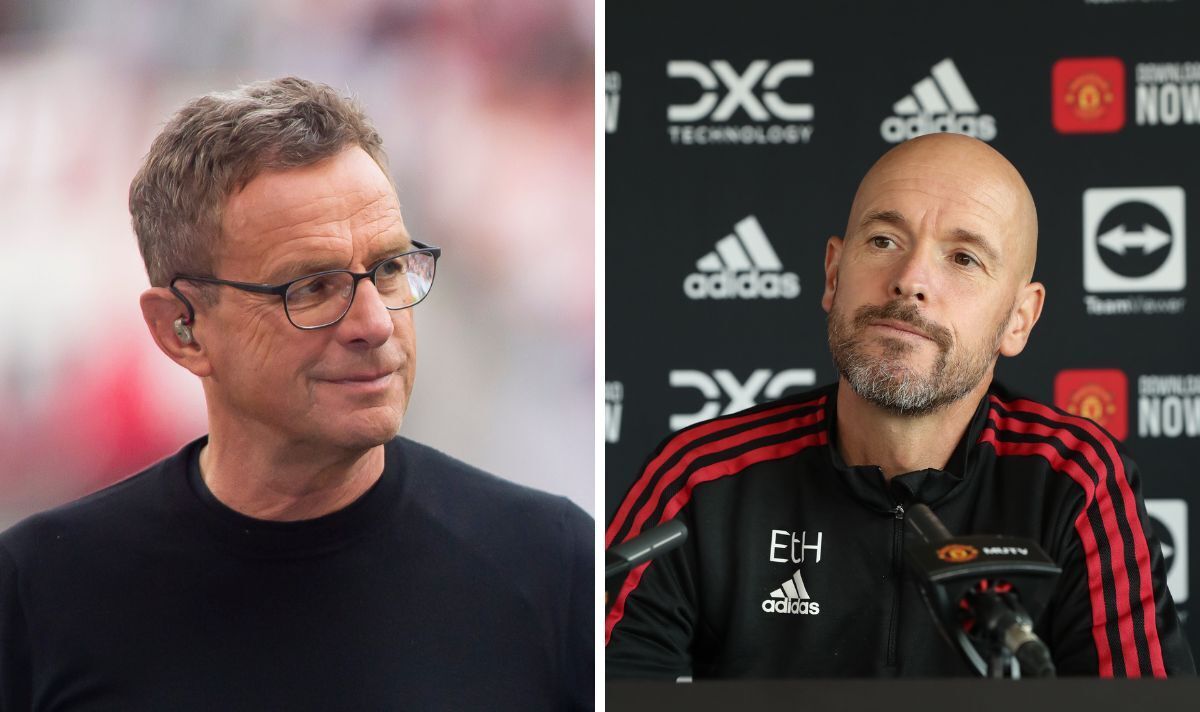 Former Manchester United interim manager Ralf Rangnick was stunned by the club’s attempts to sign Marko Arnautovic. Rangnick, Arnautovic’s manager within the Austria national team since leaving United, made no secret of the necessity for an overhaul at Old Trafford but was astounded by Erik ten Hag’s short-lived pursuit of the striker.

The 64-year-old coach’s six-month tenure was highlighted by the outspoken nature of his press conferences fairly than United’s dreadful form on the pitch. He often criticised the club’s recruitment strategy and the standard of his squad, diagnosing ‘open-heart surgery’ in Ten Hag’s first summer on the helm.

Rangnick famously publicly pushed the Red Devils to sign as many as 10 latest players in what would’ve also been his first summer window in association with the club. But it surely was no surprise to see his two-year advisory contract ripped up at the tip of the season after accepting the Austria job.

Ten Hag wasn’t quite backed with 10 signings in a single window, but he did recruit six latest players firstly of his long-term rebuild in M16. United’s summer could’ve looked different, though, had the club decided against performing a U-turn on their shock plans to sign Arnautovic for attacking reinforcements.

Supporters, already frustrated by seeing just three names through the door and never one forward, revolted against the concept of the 33-year-old Bologna star. And in keeping with the Manchester Evening News, Rangnick was, too, ‘astonished’ by United’s bizarre strategy available in the market after using his recruitment expertise to offer months of recommendation.

United quickly threw the towel in after seeing a gap offer rejected, garnering mass criticism alongside their uninspiring chase for Juventus midfielder Adrien Rabiot as doubts grew over Frenkie de Jong. Nevertheless, the 20-time champions recovered and ended the window with a flourish.

Shortly after cancelling their pursuit of Rabiot, United accomplished the £70million signing of Real Madrid’s Casemiro. His arrival was followed by the double deadline-day captures of Ajax’s Antony for £85m, making him the club’s second-most expensive player in history, and Newcastle United’s Martin Dubravka on a season-long loan.

Ten Hag splashed a complete of £229m this summer, their highest-ever expenditure in a single transfer window. And the failed deals for Arnautovic and Rabiot will likely be looked back on as significant blessings in disguise.

Want the most recent Premier League news as we publish it on Express Sport? Join our brand latest Facebook group by clicking here